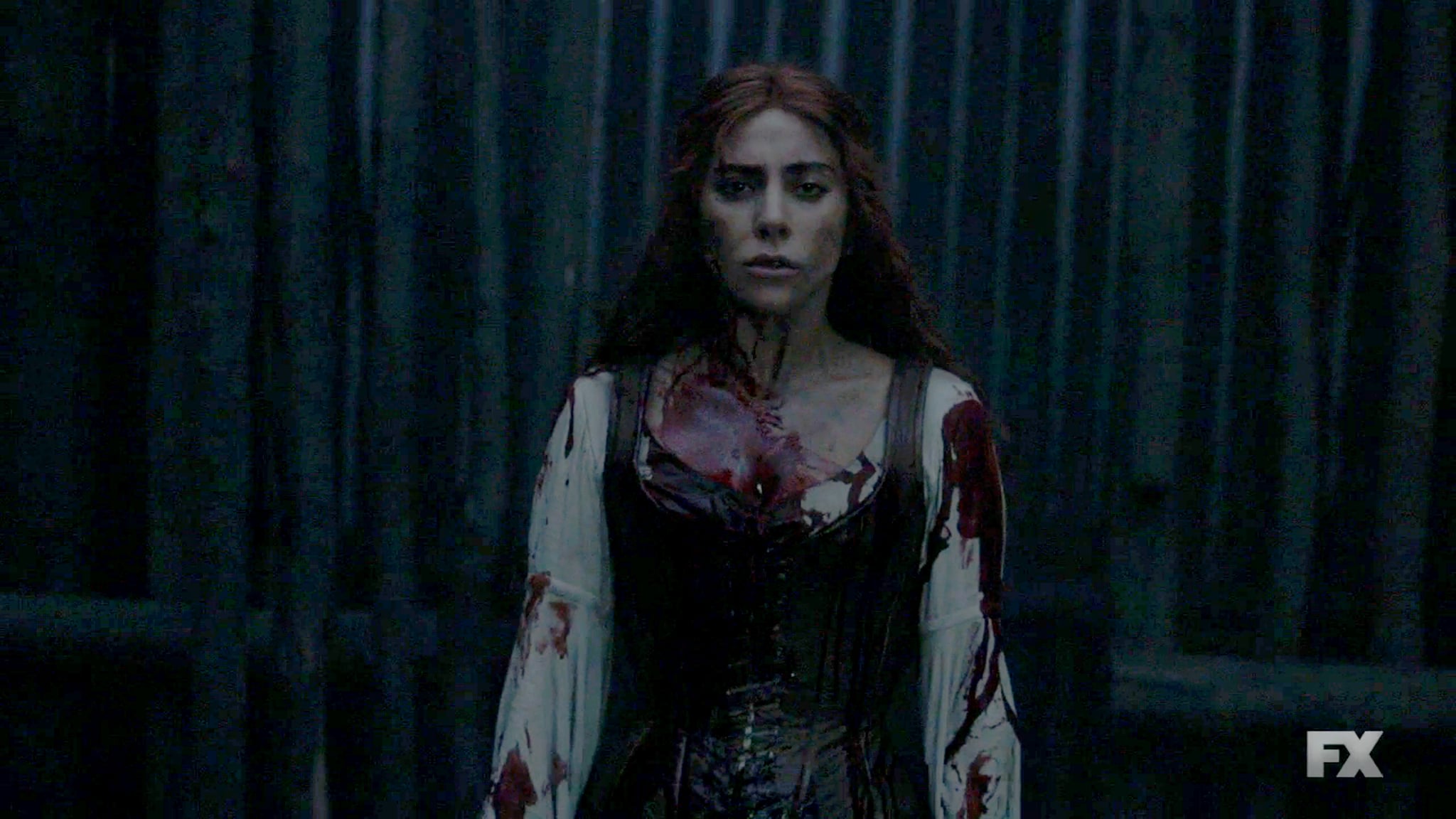 As we claw our way deeper into the new season of American Horror Story, things only seem to be getting more mysterious. The season's theme seems to be taking us deep into the mystery of Roanoke; there's plenty to be excited about: we've finally met some of the season's characters. And yet . . . and yet. We've still got plenty to figure out. Perhaps one of the biggest head-scratchers so far relates to Lady Gaga.

Now that we have a few more episodes under our belt, we're starting to get a better idea of who she is. In a "Chapter 3" flashback, we learn that Thomasin (Kathy Bates) was long ago left to die in the woods. Lady Gaga's character finds her and offers her the heart of a boar. "Surrender thy soul to me," she says, and Thomasin does. Hundreds of years later, both souls dwell in the woods, seemingly immortal.

Later on, Matt and Shelby have gone into the woods to find Lee's missing daughter, Flora. They get separated, though, and Shelby eventually tracks Matt down. And he's . . . well, he's having sex with Lady Gaga's character. He seems to be locked in some sort of trance, as though he's under her spell. Gaga grins menacingly as Matt thrusts, quickly and roughly and ceaselessly. It's an uncomfortable moment, and it begs the question: what the hell are we dealing with here?

Thanks to the American Horror Story Facebook page, Gaga's character has a name. It's Scáthach. According to Celtic mythology on the figure, Scáthach is a female warrior. The Gaelic translation of the word itself seems to be "The Shadowy One," and the warrior is said to train other warriors, much like AHS's Scáthach seems to have taken The Butcher underneath her wing. "Chapter 4" of Roanoke is where we get the most information on this iteration of Scáthach. On the show, Matt describes her: "She had been an English girl once, a descendant of the Druids and their Roman conquerors." As the flashback unfolds, she explains how she was set to be burned at the stake, like a witch. She managed to murder a group of colonists, though, and escape. Once she made it into the woods, she transformed into the entity she is today.

What's still unclear at this point is the role Scáthach will play in the rest of the season. She's clearly at odds with The Butcher: she wants to have Matt as her lover, and The Butcher wants him dead. Will this create a divide between Scáthach and the members of The Lost Colony? Could she somehow become a hero? Only time will tell.