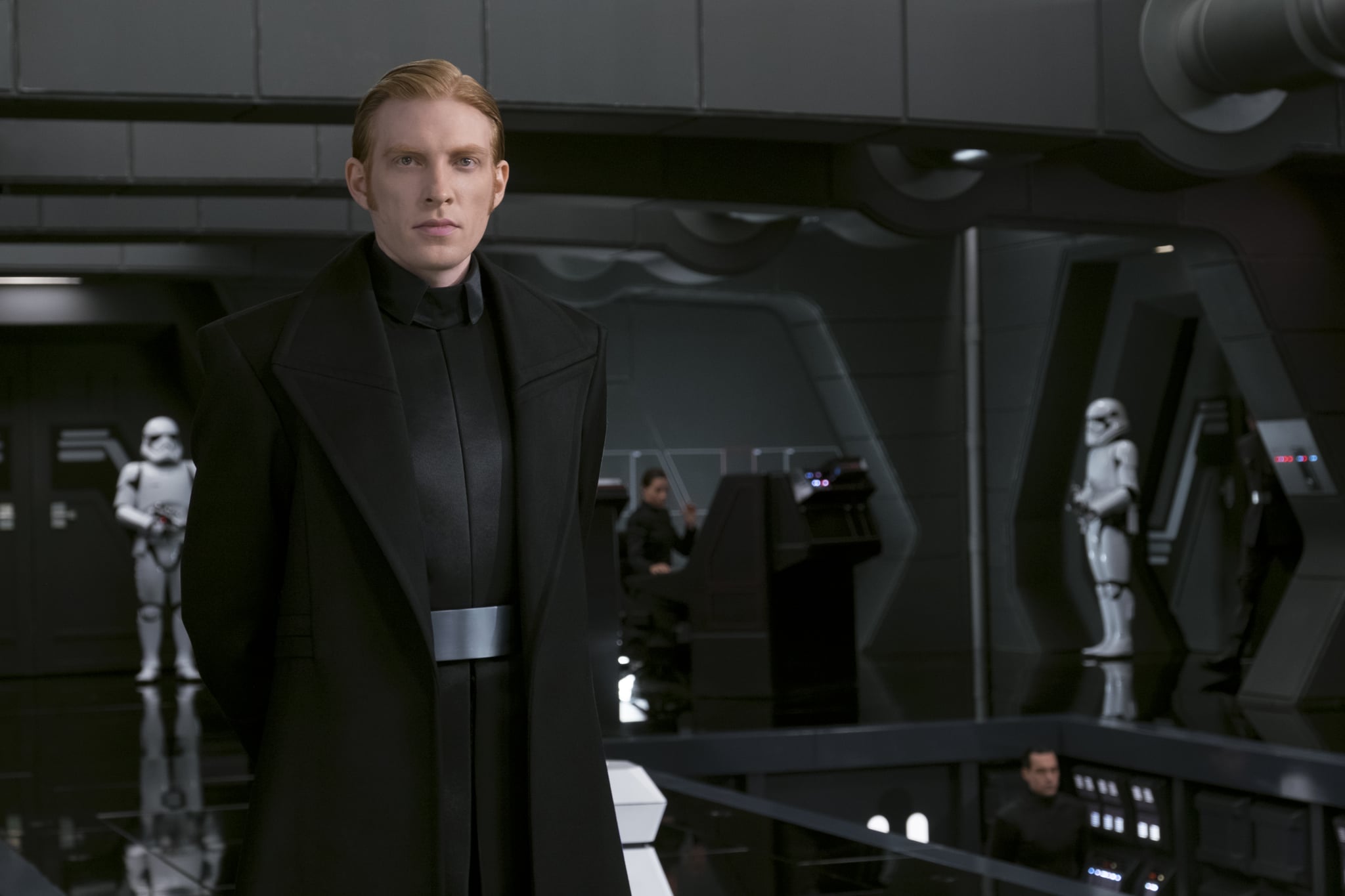 In Star Wars: The Force Awakens, we're introduced to General Armitage Hux (Domhnall Gleeson), a young (super stressed out) officer in the First Order who wants more than anything to bring down the New Republic. We get even more of Hux in The Last Jedi, and while he's more determined than ever to end the Resistance, he's also typically the butt of the joke for both the Rebels and the First Order.

Gleeson told USA Today that Hux has even more reason to be uptight in The Last Jedi. "Hux is under tremendous pressure at the start of this in a way that he's never been before," Gleeson said. "And that just makes him more desperate."

Here's what we know about Hux and what his role brings to the Star Wars table.

What Side Is He On?

Hux is firmly on the Dark Side as a member of the First Order, led by Supreme Leader Snoke.

His Involvement With Snoke

In The Force Awakens, Hux is introduced as commander of the Starkiller base under Snoke, who places a lot of trust in the young general. It's clear that Hux vies for Snoke's attention and approval in the worst way. It's unclear as to how General Hux achieved this high rank, but whether he was recruited by Snoke or worked his way up, there's a lot on his shoulders as Snoke's go-to guy. In The Last Jedi and following the destruction of the Starkiller, Hux can be found on Snoke's ship, The Supremacy, still acting under his command.

His Relationship With Kylo Ren

Not exactly best friends despite working for the same side, Kylo Ren and Hux tend to butt heads. Both competing with each other to be the holographic Snoke's right-hand man as they search for the last piece of the map leading to Luke Skywalker in The Force Awakens, the pair's relationship gets even more acrimonious in Episode VIII, as they both work to keep the Dark Side alive and fight for Snoke's position. For Hux, that means shooting every bomb, cannon, and gun at the Resistance's ships and members, and for Ren, that means ending his personal vendetta with his uncle Luke while he fights his "light side demons" brought into the foreground by Rey and his connection.

Throughout both of their quests in The Last Jedi, the distaste they have for each other is apparent, and Hux makes it clear he doesn't think Kylo Ren should be trusted to make decisions for the First Order.

No major hints were given at the end of The Last Jedi as to how their relationship will continue in Episode IX, but based on their history, it isn't looking good.