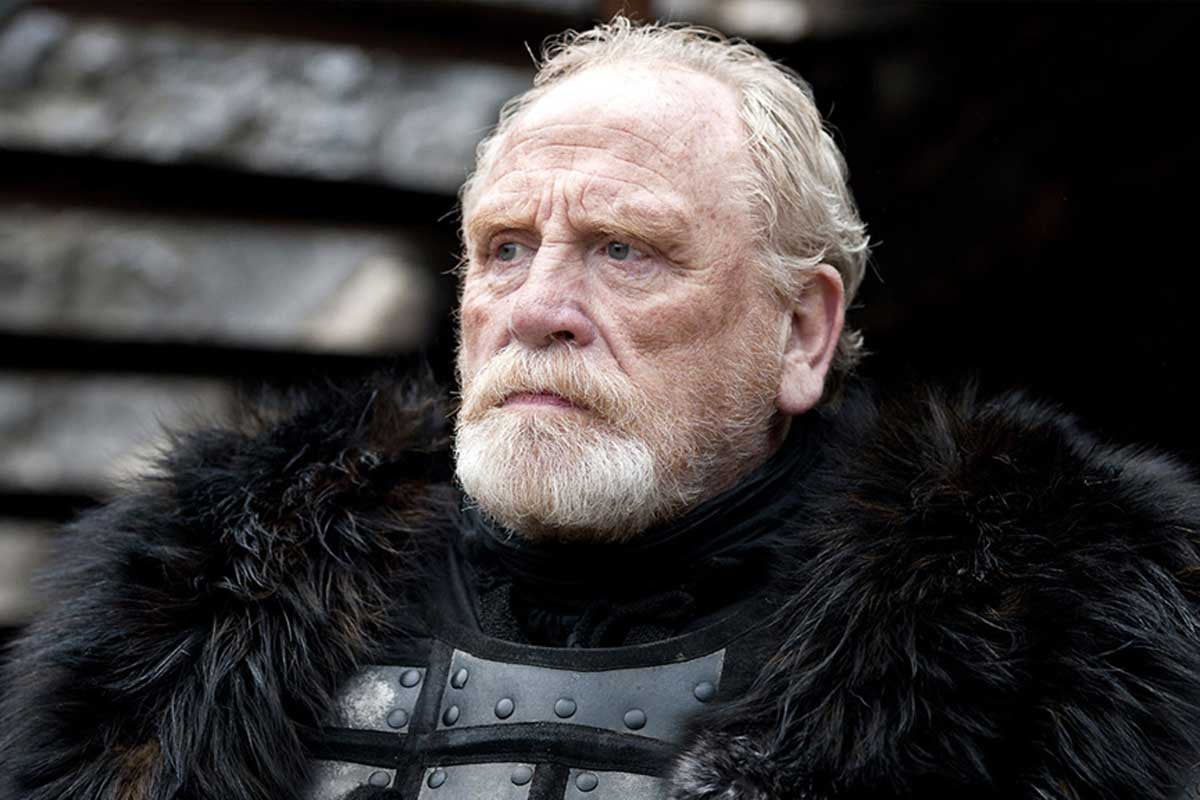 On Sunday's Game of Thrones episode, titled "Stormborn," Samwell Tarly gives comfort to the possibly-dying Jorah Mormont by revealing he had known Jorah's father during his time in the Night's Watch. If you were left wondering who Jorah's father is, we're here to help.

Jorah has come to the Citadel hoping to be cured of his greyscale, but Archmaester Marwyn informs both Jorah and Sam that greyscale this advanced cannot be cured, so Jorah will have to live out his remaining days as an exile with the other Stone Men — but not if Sam has anything to say about it.

Sam is convinced he can cure Jorah, so he sneaks into Jorah's cell in the middle of the night to attempt the curing treatment — after all, Jorah is dying anyway, so you might as well try, right?

Related:
What You Need to Know About Lyanna Mormont, Game of Thrones' Tiny Spitfire

Before Sam treats Jorah, he declares, "My name is Samwell Tarly, sworn brother of the Night's Watch, training to serve as maester at Castle Black. I knew your father; I was with him when he died. You are not dying today, Ser Jorah."

Jorah's father is Jeor Mormont, the 997th Lord Commander of the Night's Watch, known affectionately as "The Old Bear." Early on in season one, Jeor singles Jon out as his steward, which Sam rightly points out is because Jeor is grooming Jon to be commander some day. Seeing Jon as a surrogate son, he eventually gives Jon his Valyrian steel sword, Longclaw.

In season three, while ranging beyond the wall, Jeor and the men of the Night's Watch who survive the Battle of the Fist of the First Men, including Jon and Sam, seek shelter at Craster's Keep. Craster is initially an OK host, but eventually the men are tired of being fed bread cut with sawdust while Craster constantly berates them and threatens to toss them out in the cold. They riot and kill Craster (who really has it coming), but Jeor is livid that guests would kill a host in his own home, which is an unspeakable act against the gods in Westeros. The rioters turn on Jeor and kill him, causing total chaos.

Sam and Jon both grieve for Jeor, as they both see him as a fair and intelligent leader. Jon and his direwolf, Ghost, eventually avenge Jeor by killing the two men directly responsible for his murder. And now, Sam is truly paying Jeor tribute by attempting to save his son. Hopefully Sam is successful and Jorah can return to fight alongside Daenerys in her quest for the Iron Throne.

TV
"LOTR: The Rings of Power" Is Adding 14 New Cast Members in Season 2
by Simrin Purhar 12 hours ago