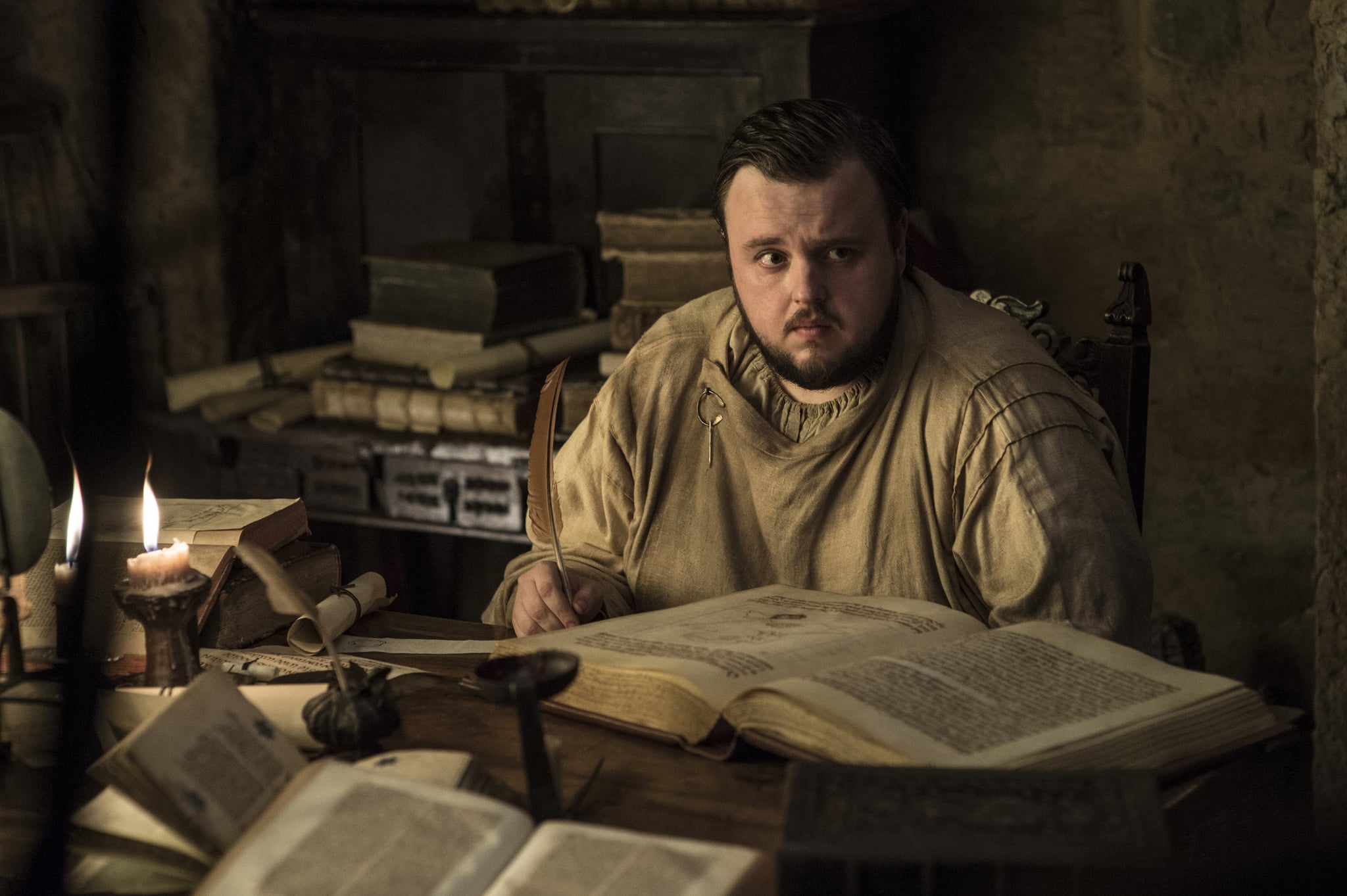 If the latest theory about Game of Thrones is true, then Daenerys Targaryen is going to be kicking herself when she finds out! The tiniest hint during Sam's storyline in the GOT season seven premiere could be the key to curing greyscale — the disease ravaging Dany's right-hand man, Jorah Mormont — and it might mean that the dragon queen has been sitting on top of the answer this entire time.

You see, when Sam trespasses into the restricted section of the Citadel library to research the White Walkers, he grabs a book all about dragonglass, a powerful obsidian-like substance. During a quick scene wherein Sam is poring over the book's pages, some extremely intriguing text appears. According to an eagle-eyed Redditor named Beastmodekait, the page indicates that ingesting dragonglass might be a possible treatment for disease, which could include greyscale.

If dragonglass is indeed the cure for greyscale, then it might just be the most powerful substance in Westeros.

Considering that the only known sufferer of greyscale to stop its progress is Shireen Baratheon, who grew up on an island literally made of dragonglass — Dragonstone, where Daenerys just arrived with her fleet — this theory could have weight. After all, it's likely that Shireen consumed earthy residue from around Dragonstone throughout her day-to-day life, while drinking water, playing in the sand, and so forth. Perhaps it was this unintentional consumption of dragonglass bits that halted the progress of her disease!

If dragonglass is indeed the treatment for greyscale, then Daenerys has been sitting on top of Jorah's potential cure for years. Sure, she just arrived at Dragonstone and its dragonglass cache in the season seven premiere; but she's had three dragons of her own since season one! Since dragonglass is created through molten dragon's breath flames, Dany might have helped stop Jorah's suffering with the knowledge of the substance's unique properties.

So far, we know that dragonglass can both create and destroy White Walkers and even stop the wight transformation in its tracks. If dragonglass is indeed the cure for the supposedly incurable condition of greyscale, then it might just be the most powerful substance in all of Westeros. Drogon, Rhaegal, and Viserion: it's time to get to work!