The Night Of's compelling pilot left everyone with one big question: did Nasir Khan kill Andrea Cornish? For a grueling eight episodes, the show danced around the answer by presenting viewers with evidence that could prove both his guilt and his innocence. Several other suspects were also tossed into the mix to further complicate the case. But at long last, thanks to the finale, we know who killed Andrea — and it wasn't Naz.

While viewers don't get to see Andrea's killer confess or get thrown behind bars, all signs point to — drumroll, please — Raymond Halle. Ray, Andrea's (and previously her mother's) financial adviser, is briefly introduced at Andrea's funeral, where he gets into an argument with her stepfather, Don Taylor. Lawyer John Stone later questions Ray, who shifts the blame to Don with convincing statements about Don's threats and claims that Andrea told him Don would take her money "over [her] dead body." 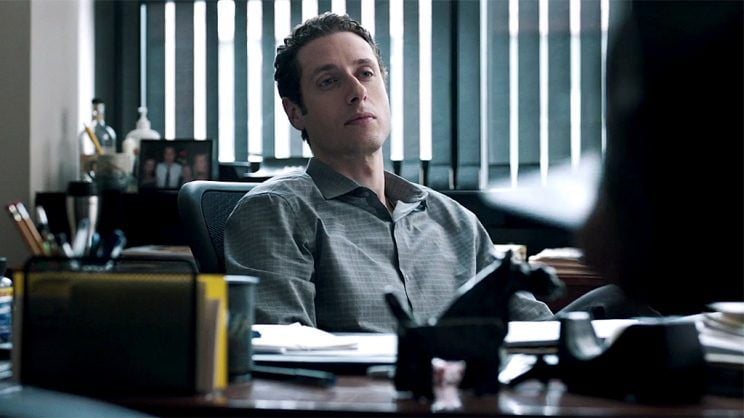 No one gives Ray much of a second thought until Detective Box, unable to bask in his retirement with the case still up in the air, digs deeper for more on Andrea's killer. Fishy phone records that indicate a number continuously trying to reach Andrea ultimately lead Box to Ray, whom he confronts at a casino with the following incriminating evidence:

Box confidently presents his findings to state DA Helen Weiss. However, she merely replies that she has more evidence against Naz. Box's theory clearly strikes a chord with her though; when the jury is excused for being unable to settle on a verdict, she doesn't agree to a retrial. Then, she requests Box's assistance to catch Ray. While it would have been extra satisfying to see them lock him up or get a clear confession out of him, we're just happy that we finally have answers.