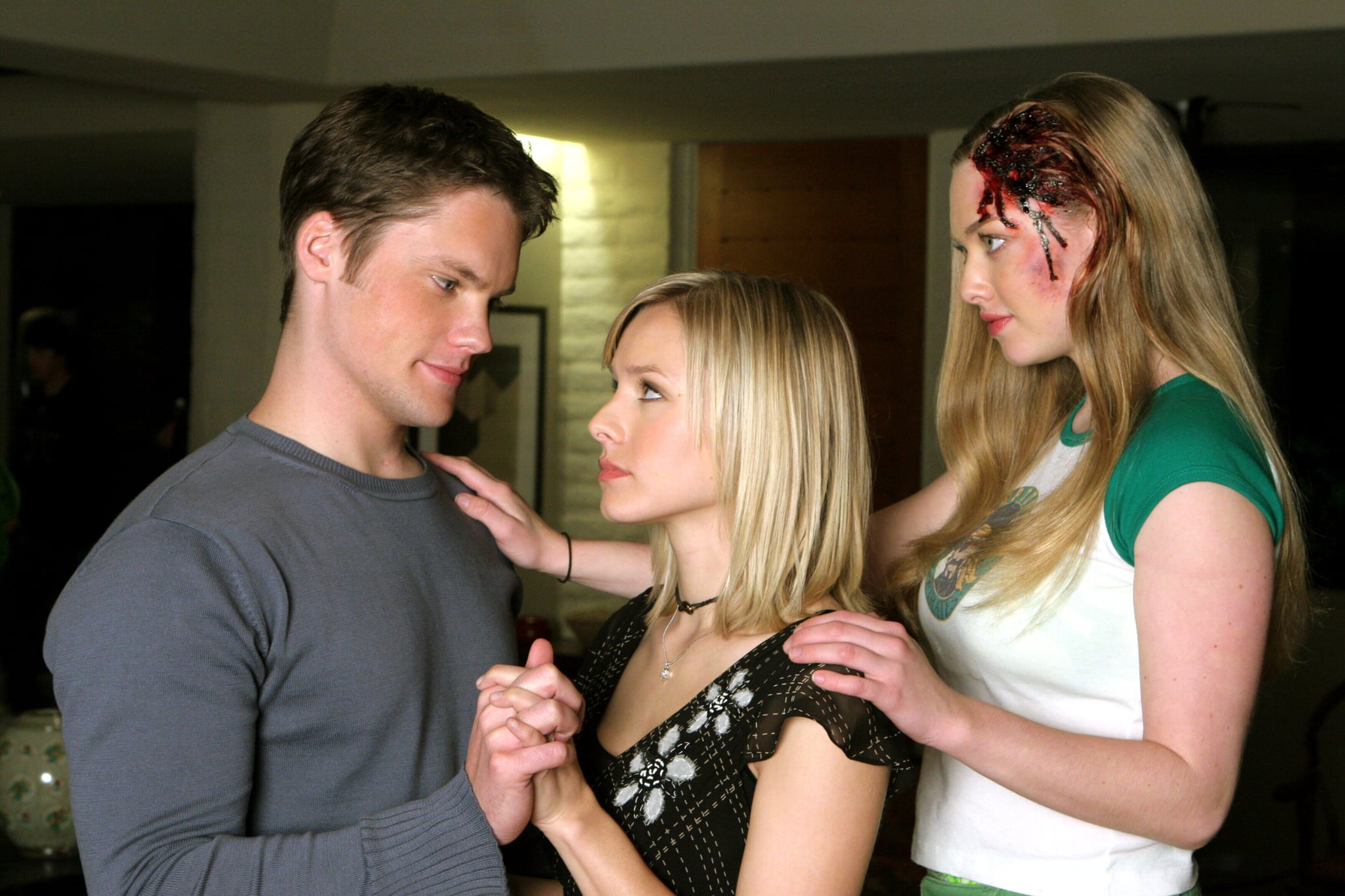 Neptune, CA's most sarcastic private investigator is back! That's right, Marshmallows — Veronica Mars has returned to us with a brand-new fourth season on Hulu. In an unexpected turn of events, the streaming network released all eight of the new episodes on July 19, a week ahead of its scheduled release date. But before you dive into Veronica's latest problem — which involves a bomber and many, many deaths — you should probably brush up on the original mystery that started it all: who killed Lilly Kane?

In the first season of the quirky UPN crime drama, we meet a high-school-aged Veronica (Kristen Bell) as she deals with a number of fallouts. Not only has her best friend Lilly (Amanda Seyfried) been murdered, but her father's perceived bungling of Lilly's case as Neptune's sheriff has left the Mars family name severely tarnished. A man named Abel Koontz is put away for the murder, but Keith (Veronica's dad, played by Enrico Colantoni) maintains that Lily's father Jake had something to do with it. As a result, he's kicked off of the force, and Veronica is iced out of her wealthy, privileged friend group (which includes her now-ex-boyfriend and Lilly's brother, Duncan Kane).

So, Veronica embraces her status as a prickly, crime-solving loner. Although she's tasked with finding missing fathers, stolen goods, and other issues throughout the first season, the overarching story revolves around Veronica's desperation to find out who really killed Lilly, since she agrees with her father that Abel Koontz could never have done it. Lilly's murder is actually mentioned in the new season of the series, so if you need a refresher, we're breaking down the entire storyline ahead. Just be warned: spoilers for season one of Veronica Mars below!

Related:
The Veronica Mars Theme Song Gets a New Spin Thanks to Chrissie Hynde — Take a Listen

How Did Lilly Kane Die?

After going out for an afternoon, Lilly's parents Jake and Celeste arrive home to find their son, Duncan, cradling his sister's bloody body in his arms next to their pool in the backyard. Duncan, who is later revealed to have a history of mental illness, is covered in Lilly's blood and is essentially catatonic, rocking back and forth with Lilly. When her body is examined, it's revealed that she sustained major trauma to her head after being bashed in the skull with a heavy ash tray from the deck, which was later found at the bottom of the pool. Whenever Lilly appears in hallucinations or flashbacks in season one (which is quite frequently), she's always pictured as having blood pouring down the side of her face.

Who Were the Suspects in Lilly Kane's Murders?

Pretty much every man Lilly ever came in contact with in Neptune is suspected at some point or another: her brother, her father, her ex-boyfriend Logan Echolls, a classmate and former fling Eli "Weevil" Navarro . . . the list goes on. Veronica figures out early on that Abel Koontz couldn't have done it, since a crime-scene photo of Lilly's shoes presents inconsistencies with the case, so she makes sure to thoroughly investigate everyone who touched Lilly's life. Eventually it turns out that Kane Software's head of security, Clarence Wiedman, bribed Abel to take the fall for the murder since he had terminal cancer, in turn taking the heat off of Jake Kane and giving Abel the chance to leave his daughter with a sizable inheritance.

Despite motive for all of them — Lilly wasn't the easiest person to get along with, apparently, and also had a habit of cheating on her boyfriends — Veronica is able to clear her initial suspects of wrongdoing, bringing her back to square one. If Abel didn't kill Lilly, who did?! She and Duncan finally get an answer at the end of the first season, when they discover a collection of videotapes that Lilly was hiding in the vent of her bedroom that revealed the real murderer.

Related:
As a Reminder, This Is How the Original Veronica Mars Series Ends 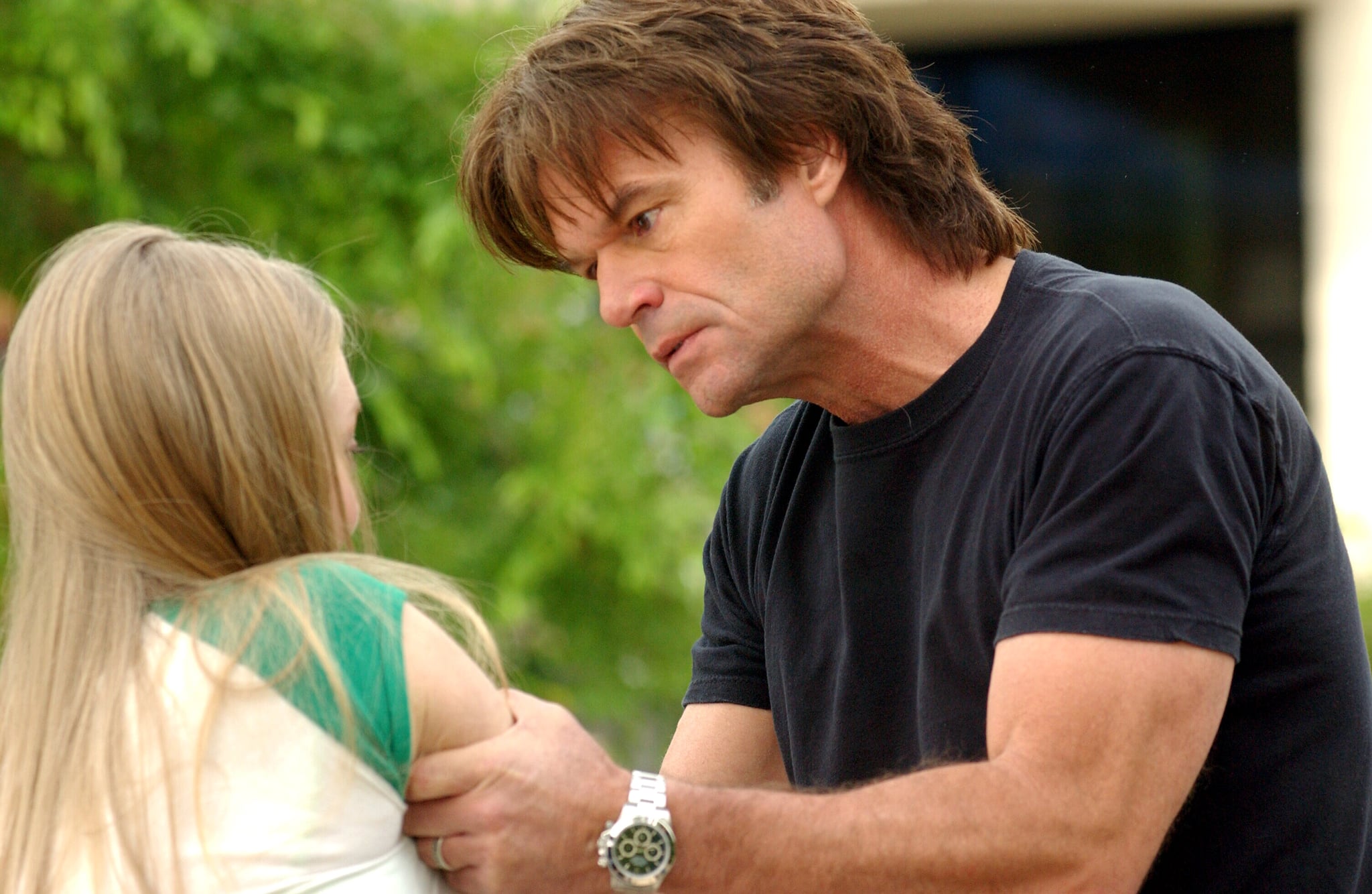 So, Who Actually Killed Lilly Kane?

Drum roll please . . . Aaron Echolls (Harry Hamlin)! Aka the incredibly famous movie star father of Lilly's then-boyfriend, Logan. After Logan and Veronica briefly get together in the first season, Veronica finds herself alone in his pool house and figures out that a secret camera is rigged up to record the bed and that there's a stash of tapes behind a cabinet. As it turns out, Lilly figured out the same situation a year earlier while having an affair with Aaron, and stole the tapes that featured the pair having sex. Those are the tapes that Veronica and Duncan end up finding in her room, which all but proved that Aaron — who had a LOT to lose — is the one who went after Lilly and killed her. (It's shown in a flashback that after Lilly took them, Aaron tracked her down when she was alone by the pool and bashed her head in with the ash tray in a shocking act of violence.)

What Happened to Aaron Echolls?

Veronica and Duncan figure all this out while a fancy party is going on at the Kane's house downstairs, where Aaron is actually in attendance. Veronica tells Duncan to keep an eye on the actor while she takes the tapes and brings them to the police, but unfortunately she realizes all too late that Aaron overheard their conversation and sneaked into her backseat. She crashes the car, and the two of them have a knock-down fight in the middle of nowhere that nearly ends in Veronica's death when Aaron locks her inside an old freezer and lights it on fire. Luckily, her father, Keith, arrives just in time to save her and incapacitate Aaron, who is promptly arrested.

In season two, Aaron attempts to get out of prison by blaming Lilly's death on Duncan, coercing a mutual friend to plant evidence in the Kane's old backyard that has Duncan's hair and Lilly's blood on it. At that point, Lilly's parents Jake and Celeste are long gone, having moved away after Aaron was found guilty. Duncan, however, is living under a new identity in Australia with his baby daughter (that's a whole other story). When Aaron is freed in light of the new (false) evidence, Duncan has Clarence Wiedman sneak into Aaron's hotel room and shoot him, ending the saga for good.

With justice finally served, Veronica stops having visions of her late friend and is able to move on with her life . . . well, mostly.