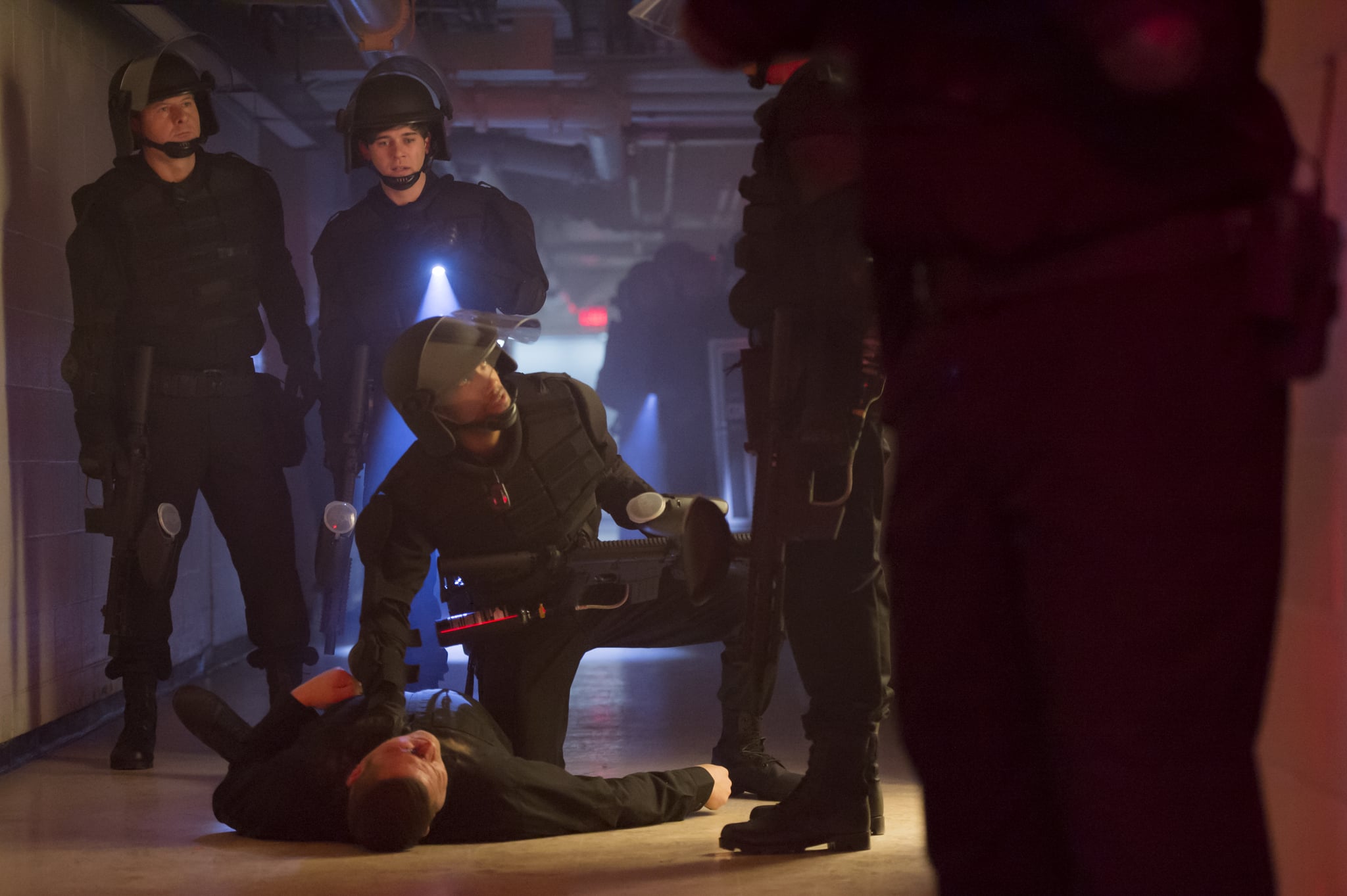 Corrections Officer Desi Piscatella is still causing problems in Orange Is the New Black season six . . . and he's not even alive! A piece of the new season is figuring out who killed the abusive CO, and the main suspect is Tasha "Taystee" Jefferson. However, it wasn't Taystee who pulled the trigger, and it wasn't even an inmate.

We don't doubt that karma played a role in Piscatella's death. During the riot of season five, Piscatella breaks into Litchfield to seek revenge on some inmates. He captures a bunch of them, including Piper, Alex, Big Boo, Nicky, Red, and Blanca, and tortures them in an empty room. When the tables turn and the women tape him up in the abandoned pool, it seems to take a lot to stop themselves from shooting him with his own gun. Red decides to let him go, and he is free to walk out.

But when he steps into the hallway, he hears the SWAT team that has been closing in on the prison and tries to identify himself. A rookie officer, Natoli (played by Josh Green), prematurely shoots. He tries to hit the ceiling but claims that Piscatella is so tall that he hit him. Piscatella dies from one shot to the head.

The SWAT team isn't about to admit to their fatal mistake, and a riot seems like a pretty good scapegoat. We won't spoil season six for you, but it's definitely not an open-and-shut case.