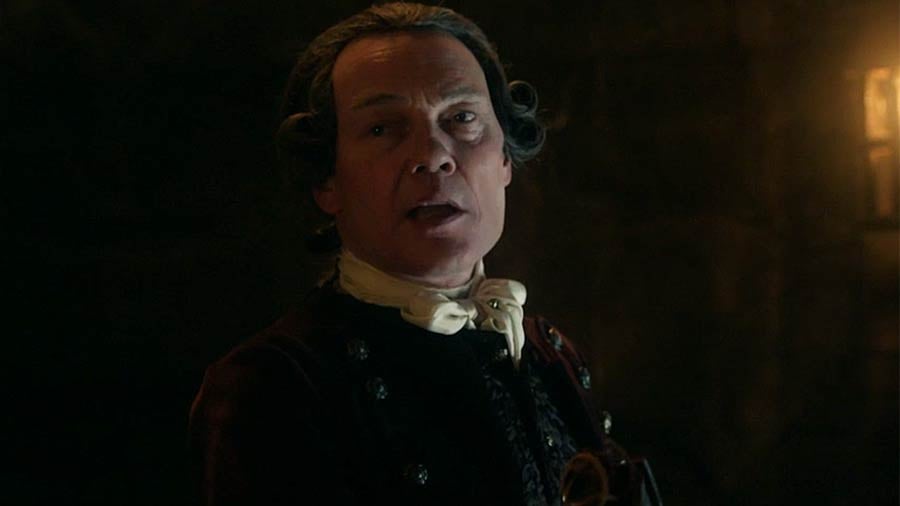 On the latest Outlander, titled "Creme de Menthe," Claire hasn't been in Scotland more than a day before she is embroiled in high-stakes adventure and danger — which is part of the fun of the show and books, honestly. But if you aren't a book reader (or if you are but can't remember) and you're wondering who the men are who threaten Jamie and Claire in the episode, we're here to help.

The first unknown man we encounter is the one Jamie pays off in the tavern cellar, the one who tries to extort more money out of our dashing hero because he hears Jamie has expanded his business past High Street.

The man is named Sir Percival Turner, the superintending customs officer of the Edinburgh district, employed by the British Crown. His job is to carefully watch the importing and exporting of goods, but real-life 18th-century customs officers were known to confiscate anything they thought might fetch a nice price, so Scottish citizens engaged in smuggling operations to keep their more expensive goods out of the hands of the customs officers.

Jamie is currently smuggling whiskey, which he supplies to the local taverns. In the book, he also smuggles brandy from his French cousin, Jared, but we don't know if the show will incorporate that detail. Either way, Sir Percival knows of Jamie's operations and gets a share of the profits in exchange for turning a blind eye to the illegal dealings. But now that he knows Jamie's business is bigger than he previously thought, he wants more money. 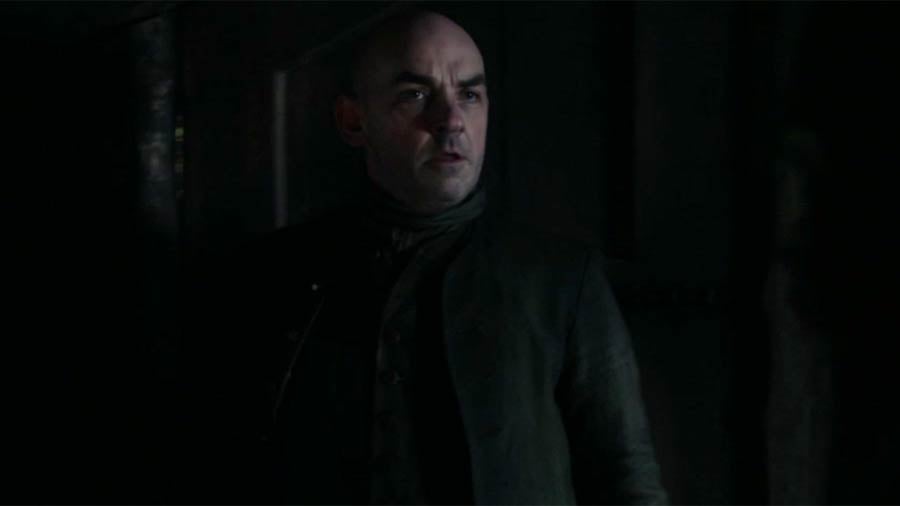 Cue the man who attacks Claire in the brothel. Everyone believes that he is an exciseman (a tax collector) sent by Sir Percival to get Jamie's ledgers, which would prove his business has expanded, but Claire knocks him out before he can find the ledgers (and rape and kill her in the process).

However, he may not be who he appears at first glance. Be warned of some book spoilers ahead.

In the book, the man (named Barton on the show) is not an exciseman at all. He's actually an associate of Reverend Campbell, a man who outwardly appears to be a man of God but is actually the Edinburgh fiend (a serial killer along the lines of Jack the Ripper). This all comes out later in Jamaica, when Mr. Willoughby is accused of killing a woman at the governor's ball. Mr. Willoughby knows it was the reverend, whom he also reveals to be the fiend.

However, the show might choose to exclude the entire fiend storyline. Certainly if this Barton man were in the brothel working for the reverend, he wouldn't have been looking for Jamie's ledgers. In the book, Claire encounters Barton in the hallway and Mr. Willoughby shoots him before he can harm Claire. Since that part has been changed, perhaps this man is simply a hired thug of Sir Percival's.

Either way, this is not the last we've seen of Sir Percival. He is a highly ambitious British officer and when he hears of a seditionist working in Edinburgh, he sets out to bring that person to justice. And wouldn't you know it, but the smuggler who bribes Sir Percival also happens to be the seditionist — they're both Jamie. Ruh roh.

TV
Is "Girls5eva" Based on a Real Girl Group?
by Simrin Purhar 8 hours ago