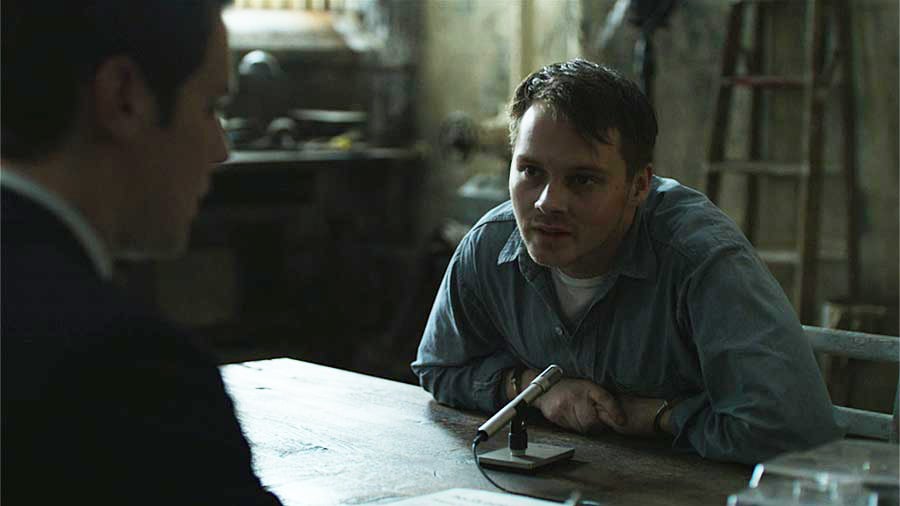 Netflix's latest drama, Mindhunter, is full of actors portraying the absolute worst that society has to offer as FBI agents Holden Ford and Bill Tench traverse the country interviewing incarcerated serial killers. One particularly chilling inmate appears in episode four when the agents get to Richmond, VA. His name is Monte Rissell (played by Sam Strike), and part of what makes him so disturbing is his young age.

Between 1976 and 1977, 18-year-old Rissell raped and murdered five women in the Alexandria, VA, area. The arresting office, Det. Turner, said during the trial that he had a "gut feeling" about Rissell after the first victim, Aura Gabor, was found strangled with her own bra.

Turner said at the time that he knew Rissell from when the young man tried to rob a woman at knifepoint in an elevator in 1973, and it was this interaction with him that put Turner on Rissell's trail, though four more women would die before they could charge him with anything.

According to Hunting Humans: An Encyclopedia of Modern Serial Killers by Michael Newton, part of the reason it was so hard to pin anything on Rissell was because he was in an institution while the crimes were being committed, so it seemed as though he had an alibi. It eventually came out that he was committing the murders during short escapes from the institution.

Interestingly, seeing that Mindhunter is about profiling, the Alexandria police actually had a psychiatrist look at the cases of the first four murders and draw up a personality profile of the suspect, about which Turner said he "could have stamped Monte Rissell on it."

This spurred local law enforcement to put in hundreds of hours of overtime lying in wait for Rissell, setting up roadblocks and surveillance. Eventually they found his fifth victim, Aletha Byrd, and later found Byrd's wallet, keys, and comb in Rissell's car, which caused him to confess to all five murders.

In Mindhunter's first season, Rissell only appears in this one episode. However, Sam Strike's IMDB page lists his Mindhunter credits as episodes 104 and 201. Since Netflix has already renewed the show for a second season, it's possible Strike or someone he knows edited his IMDB page after he filmed the season two premiere, so perhaps we will be seeing Rissell again on Mindhunter.