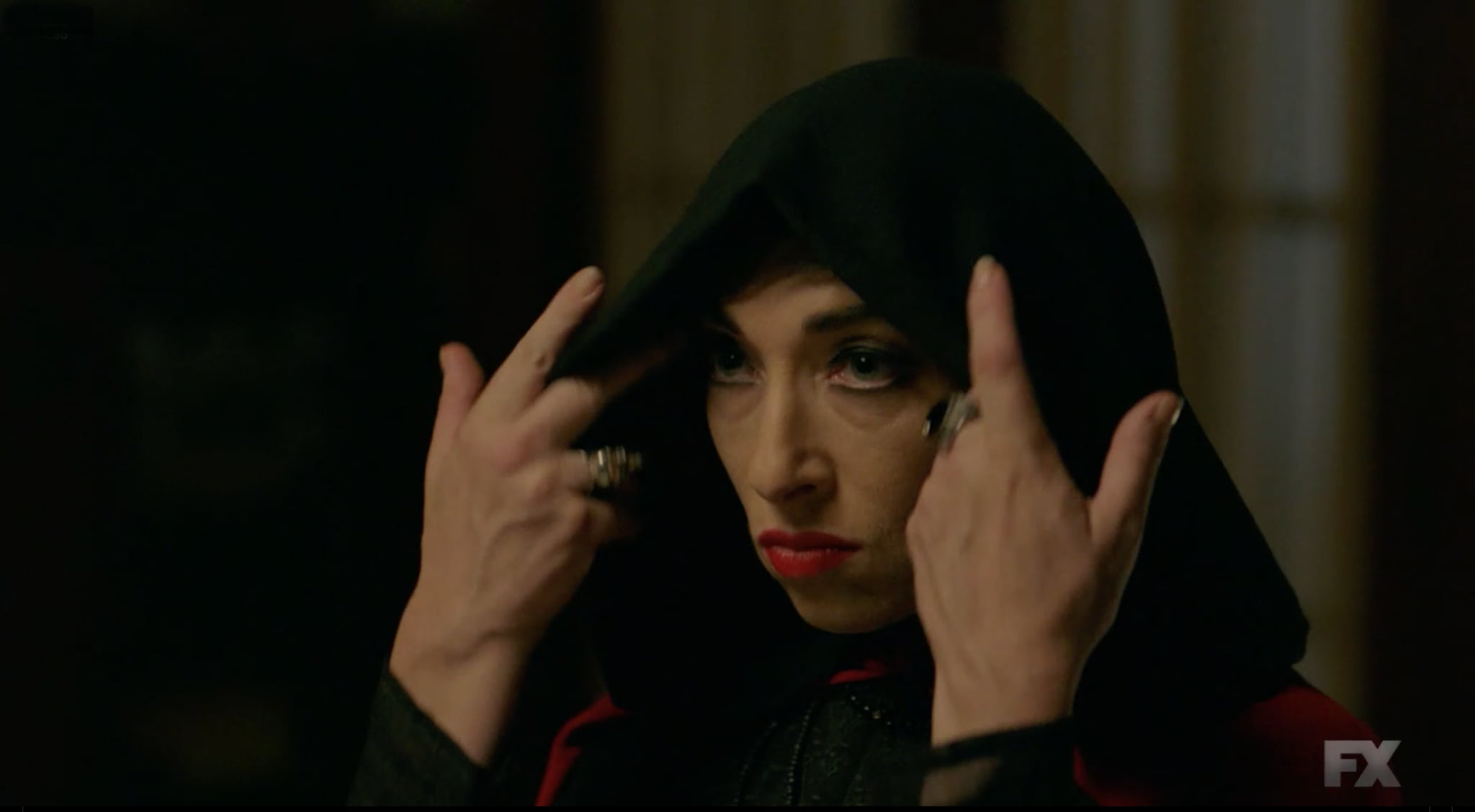 This week's episode of American Horror Story is filled to the brim with familiar faces, more than you probably realized. The most obvious, of course, are the original occupants of the dreaded Murder House: Evan Peters as Tate! Taissa Farmiga as Violet! Dylan McDermott as Ben! Connie Britton as Vivien! Jessica Lange as Constance! Amid all the excitement, you may have missed one other returning alum who stretches all the way back to season two's Asylum. Well, and there is also the fact that she's missing quite a bit of the defining features related to her other character.

We're talking about Naomi Grossman! Of course, you remember Grossman best as Pepper from Asylum and later Freak Show. Pepper is such a special character in the AHS universe; she's the first character to have crossed over between seasons, which means she was also the first hint that all the seasons are somehow connected. In Apocalypse, Grossman appears as one of the cardinals in the Church of Satan. (The other being Ms. Miriam Meade, of course.) She's the character who describes how they managed to find Michael Langdon and the one who first plunges the sacrificial knife into the body of their frightened victim. Without all the Pepper prosthetics, Grossman is hard to recognize!

Between this and all the other returning faces in Apocalypse, the show's eighth season is undoubtedly the most laden with nostalgia yet. I mean, sure, we're also nostalgic just from having seen the Murder House one final time, but Grossman's return made this week's episode that much sweeter. Who will we see next?!