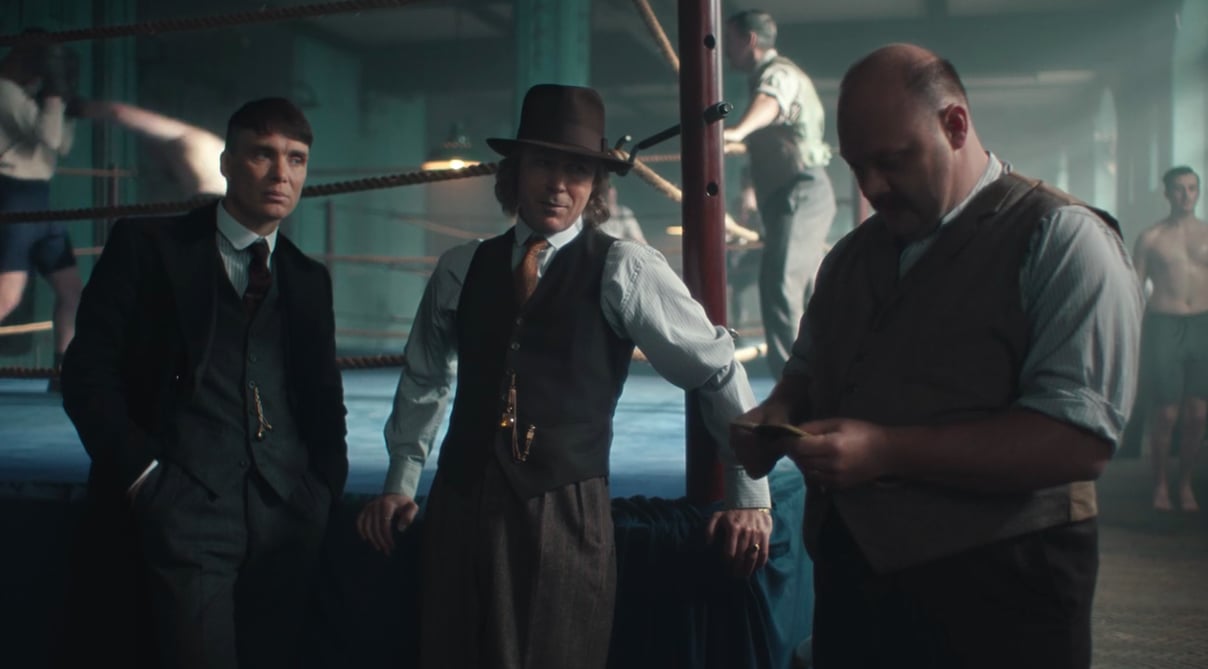 The fourth season of Peaky Blinders introduces us to a number of new characters, one of whom is the unforgettable Aberama Gold, a Romany gypsy hitman-for-hire who never turns down a job, no matter how grisly. Gold is hired by Tommy Shelby (Cillian Murphy) to help him out when Italian-American gangster Luca Changretta arrives in Birmingham, set on revenge against the entire Shelby family.

Gold is played by Aidan Gillen, who'll no doubt be a familiar face to Game of Thrones fans, though you may not have recognized him with his shoulder-length, wavy hair. In Westeros, Gillen sports short, dark hair and a mustache to play Petyr "Littlefinger" Baelish, long-term manipulator of Sansa Stark.

While both characters are pretty easy to dislike, that's where the similarities end. Littlefinger talks his way in (and out) of just about anything, but Gold is more of a "less talk, more action" kind of a guy. That said, he always has time for a sharp remark before he pulls the trigger!