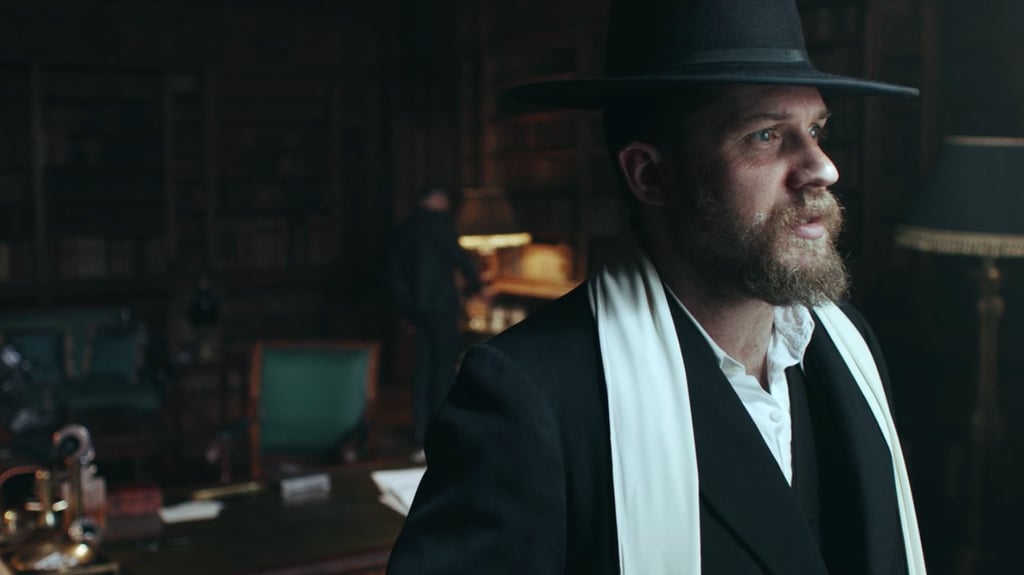 Why Yes, You DO Recognize That Handsome Gangster in Peaky Blinders!

If you've decided to spend your weekend getting your Brit on and watching the new season of Peaky Blinders, then you'll see a familiar face — that of character Alfie Solomons. The wisecracking gangster, who has a hot-and-cold relationship with the show's namesake Birmingham gang, is played by the one and only Tom Hardy. Hardy brings a special touch to his portrayal of Alfie, a Jewish veteran of Russian descent, with his characteristic tone of voice and a terrifyingly blank demeanor while executing brutal gang business.

Like Cillian Murphy's Tommy Shelby, Solomons is a WWI veteran who has taken to illegal alcohol and weapons dealing as a means to wealth in the wake of the war. But unlike Tommy, who is relatively cool, calm, and collected, Alfie has a completely unpredictable approach to his gang boss role — and it makes him even more entertaining to watch. We don't want to spoil too much, but we can't help but round up some of Hardy's best moments as Alfie (in GIF form, of course!). Enjoy, by order of the Peaky f*ckin' Blinders.