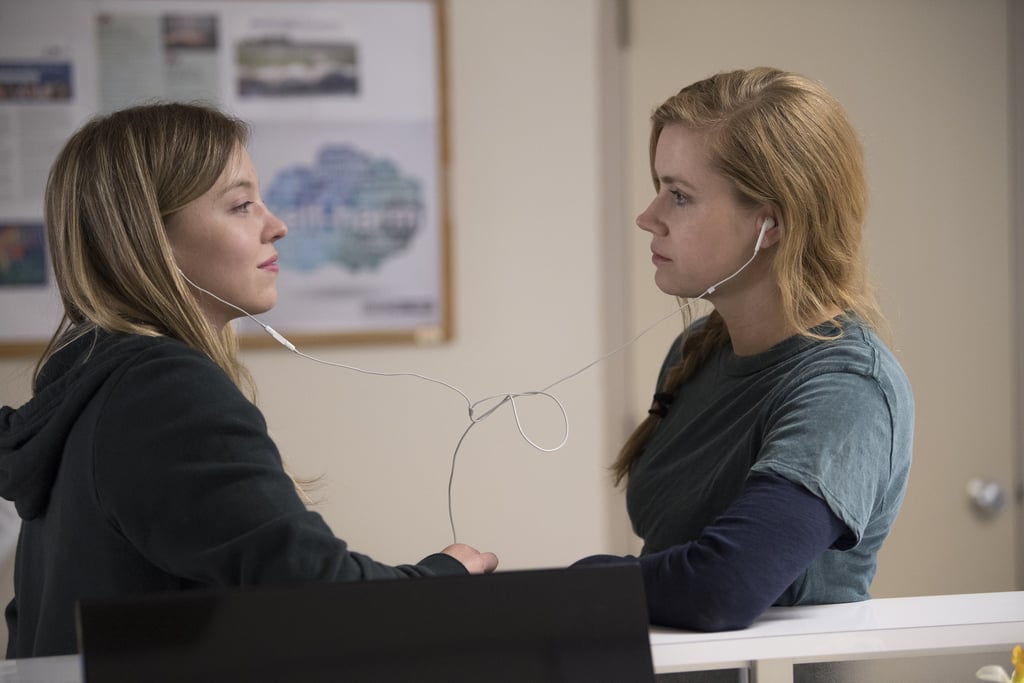 From Gilead to Wind Gap: This Handmaid's Tale Alum Is Now on Sharp Objects

Sydney Sweeney is making a name for herself this year. Following a harrowing performance in The Handmaid's Tale, the 20-year-old actress appears alongside Amy Adams in HBO's chilling adaptation of Sharp Objects. In the miniseries, Sweeney portrays Alice, a young patient at a psychiatric hospital who befriends Camille Preaker.

Prior to her breakout role as Eden Spencer in The Handmaid's Tale, the Spokane, WA, native starred in Everything Sucks! and made guest appearances in Pretty Little Liars, The Middle, and Grey's Anatomy. Sweeney currently has several projects in the postproduction phase, including a comedy starring Pete Davidson, Big Time Adolescence, and a coming-of-age drama titled Euphoria, which will also star Zendaya and Jacob Elordi.

Ahead, brush up on the actress's previous roles as she continues to pull off impressive performances.

Related:
A Spoiler-Free Summary of What Sharp Objects Is All About
0
previous images
-27
more images
Previous Next Start Slideshow
Sharp ObjectsTV
Around The Web

Mindy Kaling
Never Have I Ever: Is Mindy Kaling's New Netflix Show Autobiographical? Here's What She Says
by Amanda Prahl 6 hours ago

The Bachelor
How Does The Bachelor: Listen to Your Heart Actually Work? Here's the Deal
by Corinne Sullivan 8 hours ago

Supernatural
Carry On, Supernatural Fans! The Show Will Have a Series Finale
by Sabienna Bowman 8 hours ago

Siren
Siren Season 3 Is Already Available on Hulu, but There's a Catch
by Amanda Prahl 9 hours ago