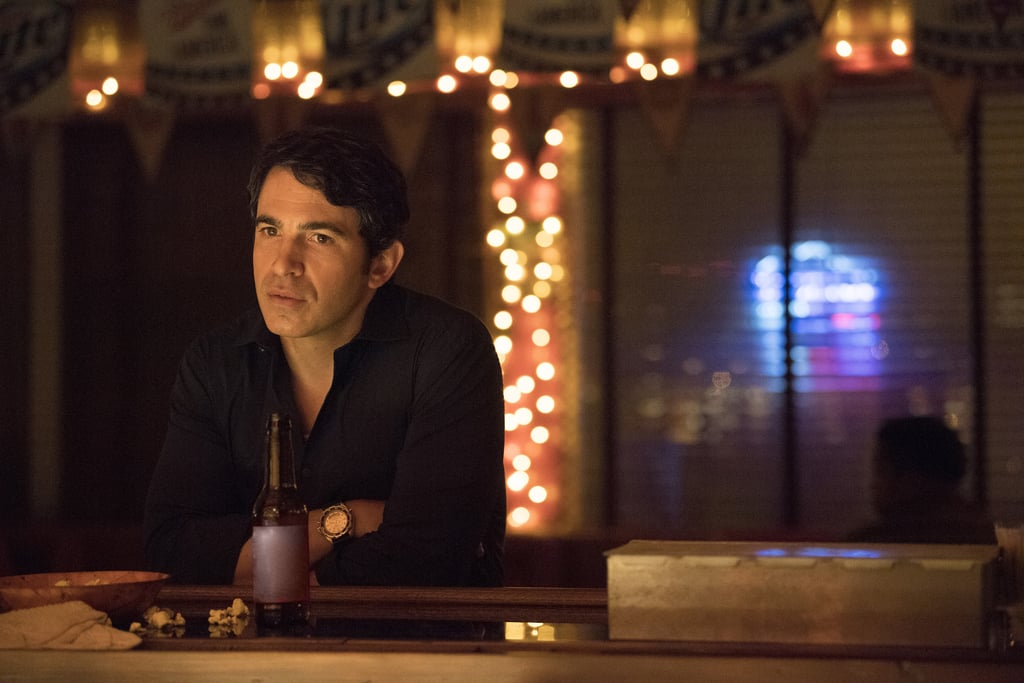 HBO's latest new series, Sharp Objects, is the closest onscreen adaptation to an image I've had in my head while reading a book maybe ever. That includes its selection of absolute hunk Chris Messina to play Richard Willis, a Kansas City detective sent to investigate a potential serial murder case in Wind Gap, MO. When the show's main character, journalist Camille Preaker (Amy Adams), first runs into Detective Willis in the novel, I immediately felt that he'd be effortlessly handsome — despite being kind of an assh*le at first — which is exactly the kind of role Messina thrives in, let's be real.

If you, too, felt like your lust for Detective Willis came on stronger than a Missouri heatwave, it may be because you've crushed on Messina before. The 43-year-old has been acting for quite some time (like most actors, you may have seen him in an episode or three of Law and Order), starring most notably in The Mindy Project as Mindy's love interest, Danny Castellano, for multiple seasons. He's also had staring and supporting roles in movies such as Vicky Cristina Barcelona, Julie & Julia (which also featured Amy Adams), and Argo.

Messina's part in Sharp Objects, however, may be the big role that could make him much more of a household name. Check out some of the roles Messina has played ahead, and then catch him investigating murders as Detective Willis on HBO on Sunday nights.

Related:
Sharp Objects Showrunner Isn't Ruling Out a Second Season: "I Have Thoughts on It"
Previous Next Start Slideshow
Sharp ObjectsTVChris Messina

HBO
What's Going on Between Harper and Cameron on "The White Lotus"? 3 Theories
by Grace Orriss 12 hours ago