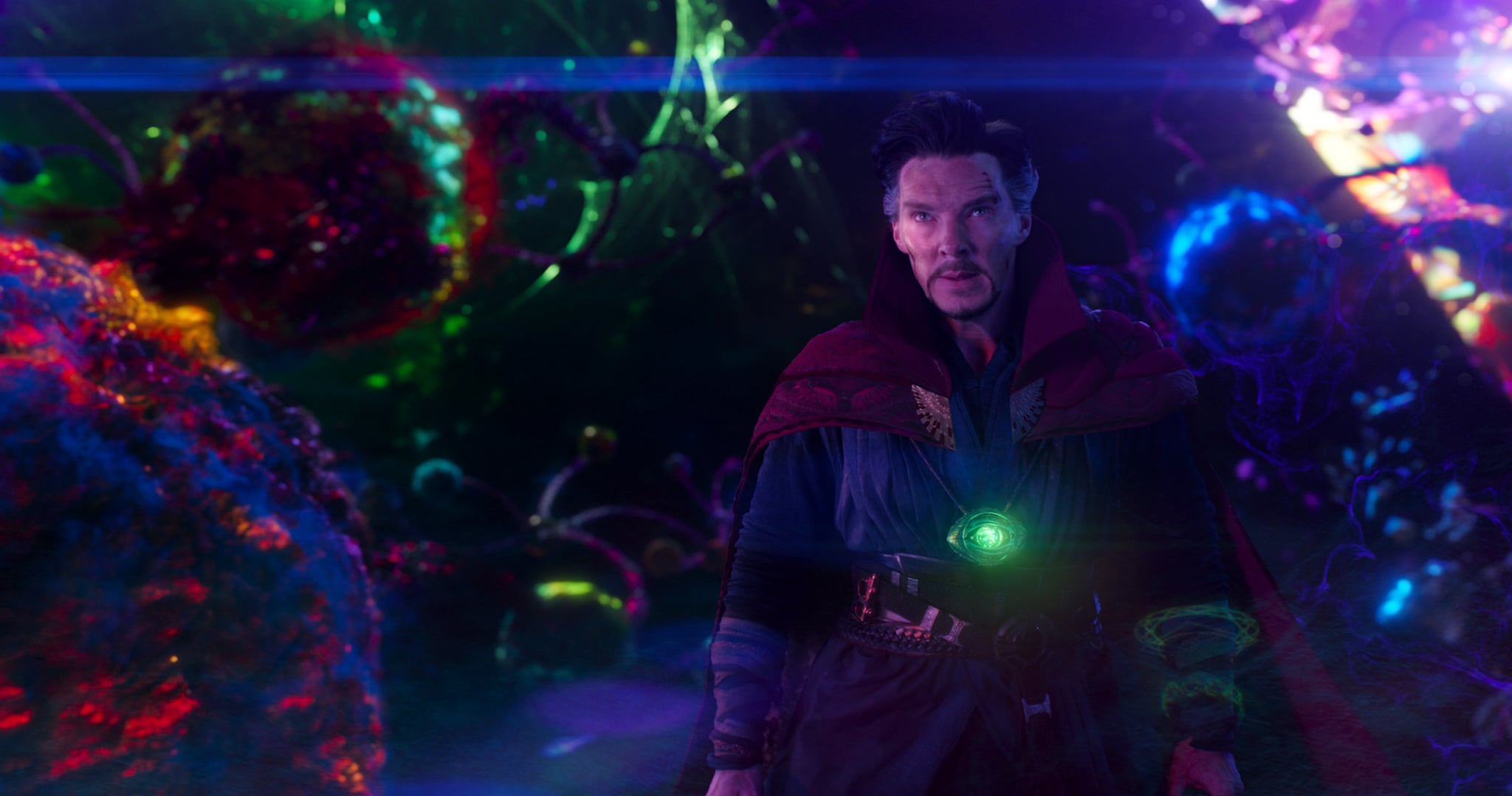 While Kaecilius (Mads Mikkelsen) is the main villain in Marvel's latest hit, Doctor Strange, there's an even bigger bad guy pulling the strings: Dormammu. The galactic baddie only appears as a flaming, talking head in the universe during his showdown with Strange, but there is a real actor behind the facial capture and the voice. And just who is that actor? Benedict freakin' Cumberbatch. That's right, not only does he play the movie's hero, he plays the villain, too!

"The reason for that was threefold," director Scott Derrickson told Empire. "One, Benedict suggested it. [Two], the awesomeness of his voice — he was Smaug, of course. [Three,] he understood exactly who Dormammu was. He's the ultimate cosmic narcissist. There was something great about the mirrored relationship between the two of them." Of course, Cumberbatch's voice was blended with another actor's so audiences wouldn't recognize it, but still. Did you see this coming?