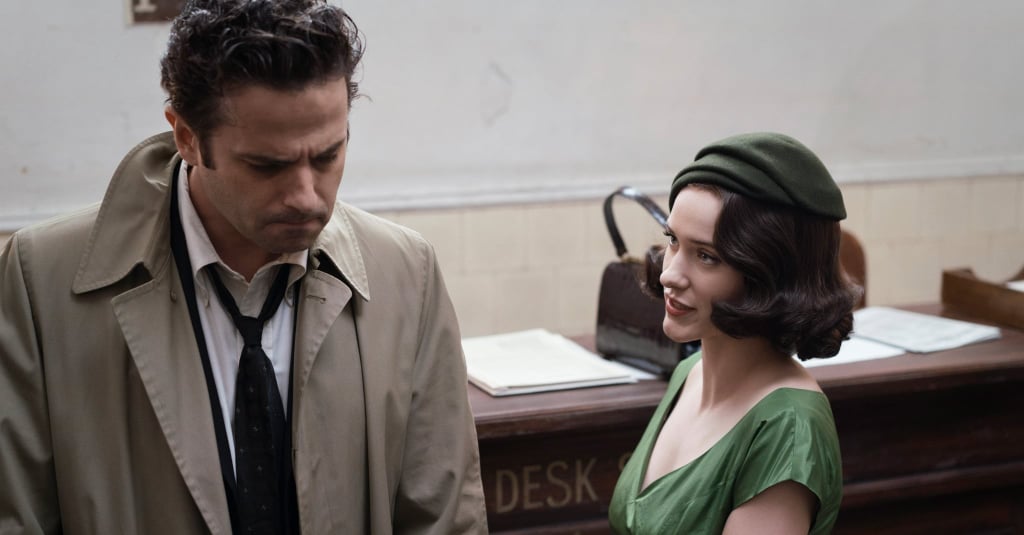 If You Love Luke Kirby in The Marvelous Mrs. Maisel, Check Out His Other Credits

It feels like we've been waiting years for the charm of The Marvelous Mrs. Maisel to return and make all our problems disappear. The wait finally came to an end when the second season premiered on Amazon Prime this week, and it is shaping up to be better than we could have even imagined. This time around, the show even moves away from its Upper West Side roots in exchange for a a few scenic getaways, and we can honestly say Rachel Brosnahan and Tony Shalhoub were worth the wait.

But there's one character we're especially excited to see in season two: Lenny Bruce. Luke Kirby has captivated us with his charm and suave good looks while playing the real-life comic. Because we were so smitten with Kirby's performance, we couldn't help but wonder where else we might have seen this Canadian sweetheart. It turns out he's amassed quite a portfolio with some of our favorite female actors.

Kirby was born in Ontario in 1978, and began performing at The National Theater School of Canada as a teenager. After a few minor roles, he secured his first feature film credit in Halloween: Resurrection. Kirby then went on to earn a Canadian Comedy Award Nomination for his role in Mambo Italiano. In 2007, he acted with Rachael Leigh Cook in Canadian film All Hat (not to be confused with Cook's other movie She's All That, aka the greatest teen movie ever.)

And we have to thank Kirby for spotlighting a 2009 film we didn't know existed: Labor Pains. He stars opposite Lindsay Lohan, who plays a secretary who fakes her pregnancy to save her job. (We officially have our weekend plans figured out.) Soon after that, he starred alongside another Hollywood starlet, Michelle Williams, in 2011 Canadian film Take This Waltz. In case you need another reason to dig this one up, it also stars Seth Rogen and Sarah Silverman.

More recently he starred in the films Touched With Fire and A Dog's Purpose, and he landed roles in the television series Rectify, Blue Bloods, The Good Wife, The Good Fight, The Deuce, and Sorry For Your Loss. Take a look at his biggest roles below!

Netflix
You: No, Madre Linda Isn't a Real Place in California, but It Does Have a Clever Meaning
by Njera Perkins 4 hours ago

Music
Adele Is Giving Us a TV Concert Special and an Oprah Interview in 1 Night — We Can't Wait!
by Naledi Ushe 8 hours ago

by Olivia Luppino 6 hours ago