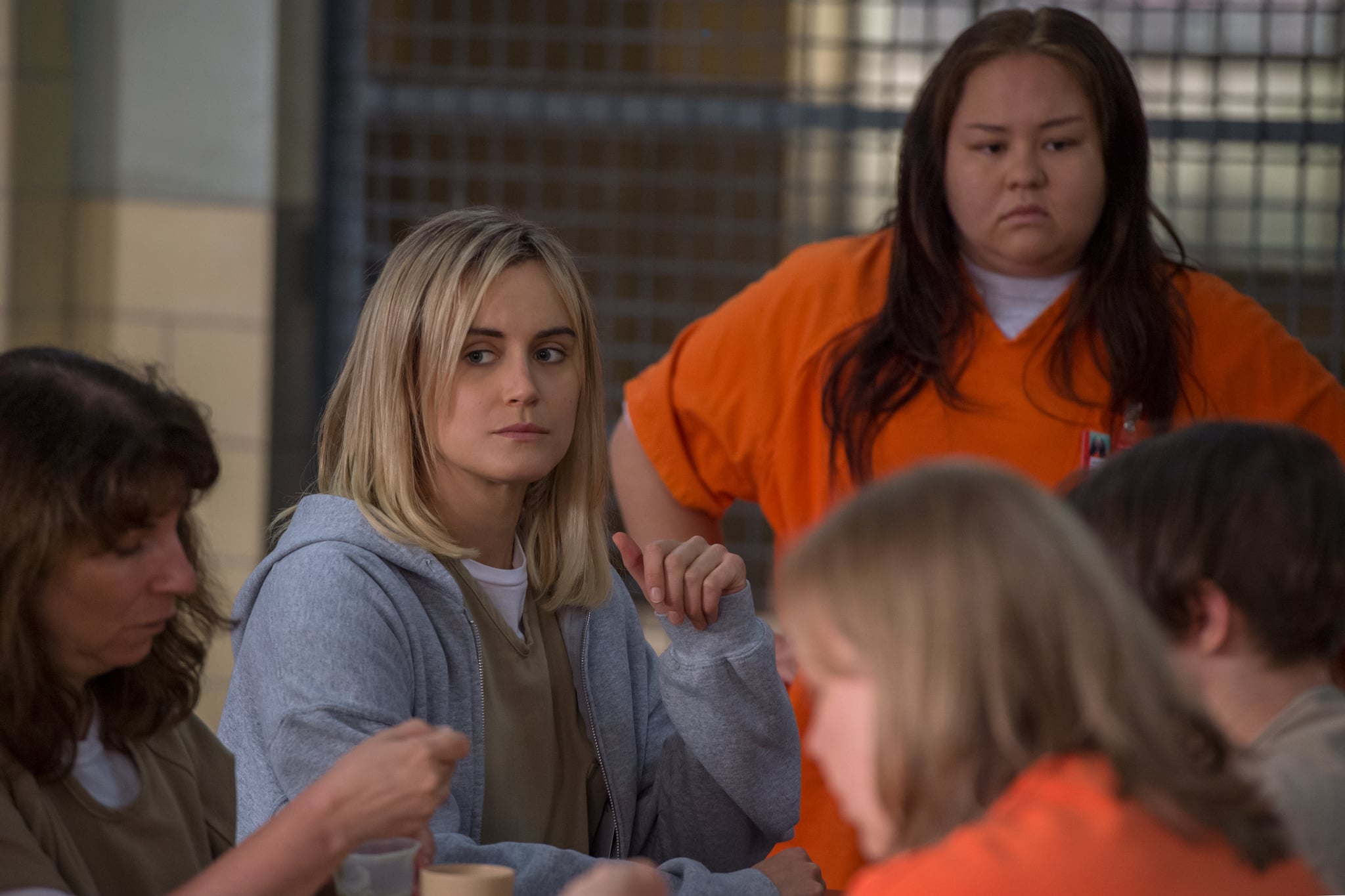 There have been a lot of changes in Orange Is the New Black's fourth season, not the least of which is the massive influx of new Litchfield prisoners. One in particular, Piper Chapman's new bunkmate-turned-bodyguard, probably struck you as familiar . . . and we've finally put our fingers on why. Jolene Purdy, who plays Hapakuka on OITNB, also played the memorable Cherita Chen in 2001's cult-classic film Donnie Darko. Apparently, when Donnie tells Cherita that things would get better for her, he doesn't foresee her future prison sentence.

Wondering about other familiar faces from the new season of your favorite Netflix show? Don't worry — we've got info about burly guard Piscatella and young Maria's weirdly familiar friend.