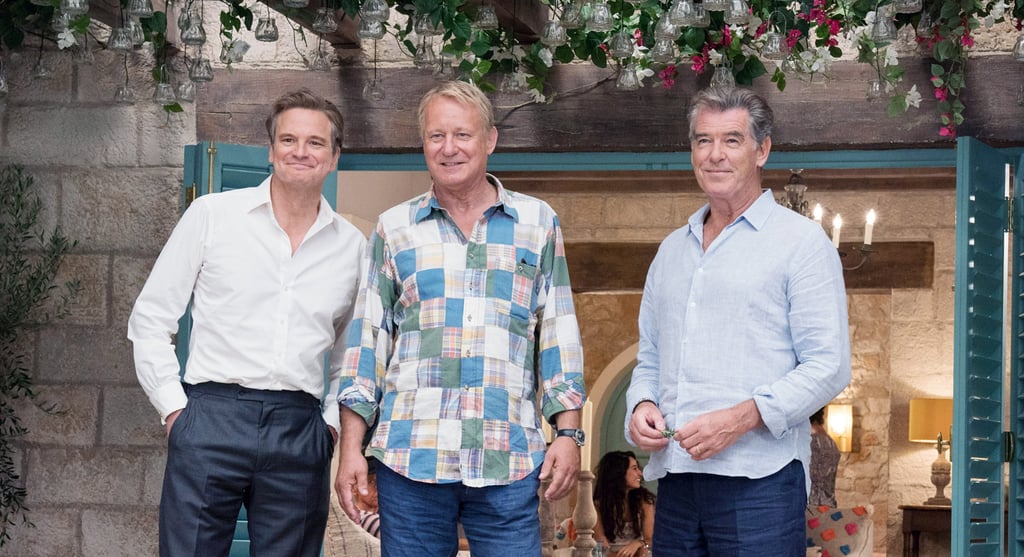 No, Mamma Mia! Never Confirms Who Sophie's Dad Is, but Fans Have a Convincing Theory

It's been 10 years since Mamma Mia! first hit theaters, and the film is still near and dear to fans' hearts. While we still can't get enough of all the catchy songs, there is one thing about the film that still bugs us after all this time: who is Sophie's biological father? In the film, there are three possibilities — Harry, Sam, and Bill — but we never actually get a confirmation. After each of the men form a strong bond with Sophie, they ultimately decide that they don't want to know the true paternity and agree to all be one-third of a father to her.

Although the film never reveals who Sophie's dad is, fans do have their suspicions. Atom Tickets recently surveyed customers about the mystery, and the results were pretty mixed. While 40 percent believe Sophie's dad is Sam, 16 percent think it's Bill, and 14 percent think it's Harry. The remaining 30 percent are still unsure. Before catching Mamma Mia! Here We Go Again in theaters on July 20, see all the evidence we have about who Sophie's biological father is.