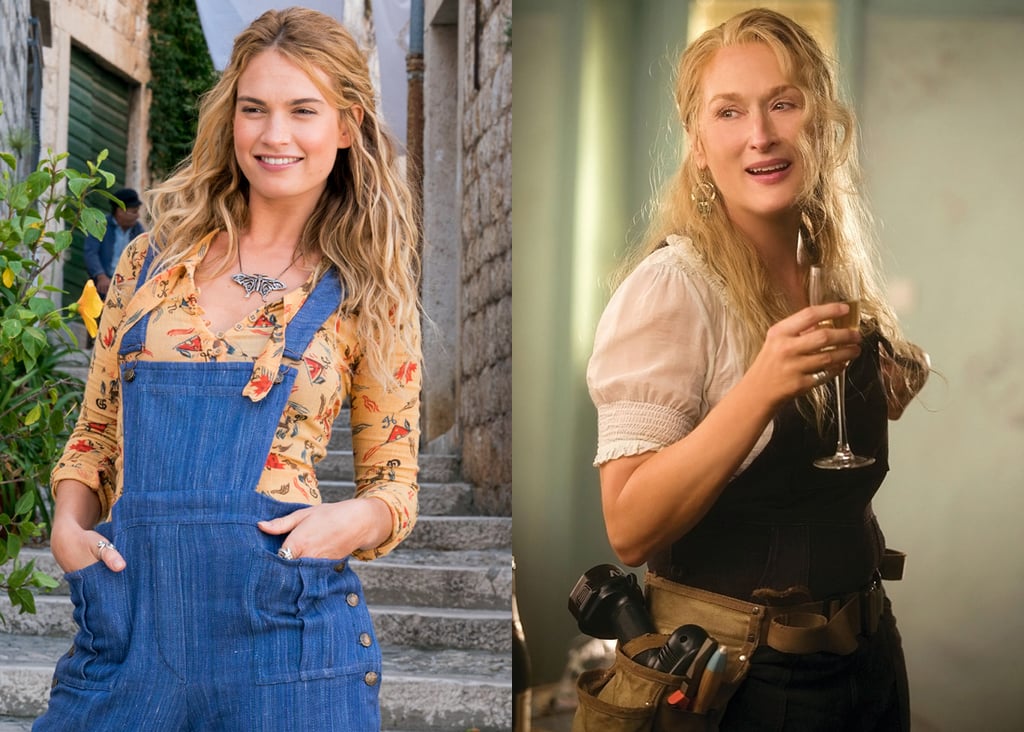 Mamma Mia! Here We Go Again comes out on July 20, and we're so excited to be reunited with the gang. While the movie will serve as a sequel to the 2008 film Mamma Mia!, it also serves as a bit of prequel as it flashes back to Donna's life before she was a mom. While Lily James will be playing a younger Donna (originally Meryl Streep), there are also a few dashing young men playing Sophie's potential fathers. See the original cast members and their younger selves side by side ahead.