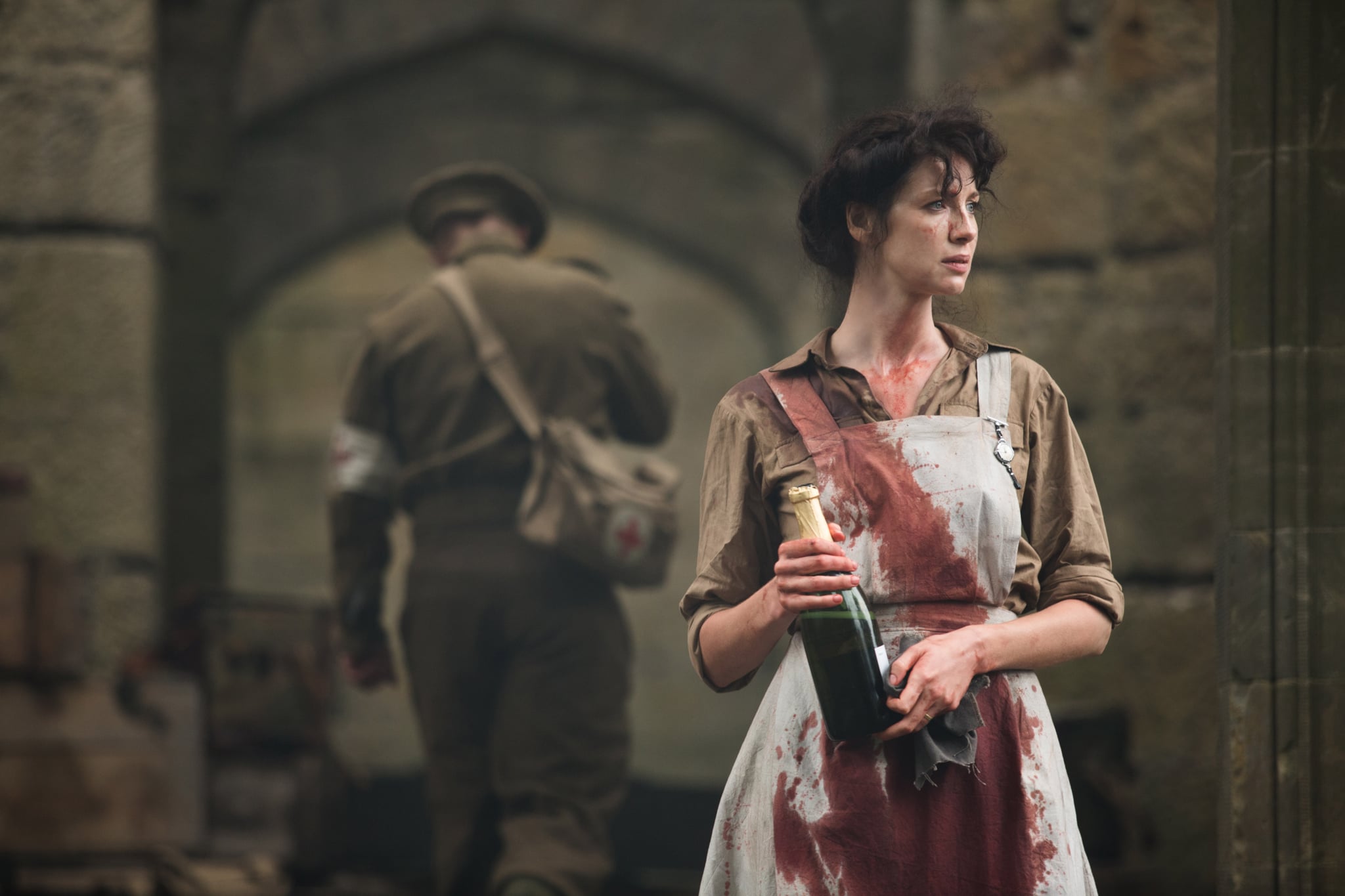 Spoilers for the latest episode of Outlander below!

The "Droughtlander" we endured in anticipation of Outlander's third season might be over, but it doesn't mean we're not still waiting on something. Claire (Caitriona Balfe) and Jamie (Sam Heughan) are both alive and well, but living in very different timelines now that Claire's returned to the 1960s through the stones at Craigh na Dun. A reunion between the time-crossed lovers is likely still a while off, but in the third episode, "All Debts Paid," there is a quick, subtle nod to the earlier days of their relationship.

Jamie, having been locked up in Ardsmuir prison after concocting a plot with his sister, comes to the attention of the prison's new governor, Lord John Grey, whom he shares a great deal of history with. When some of the British guards at the prison stumble across a sick traveler mumbling about gold in French nearby, they bring him back to Ardsmuir in hopes that someone will be able to translate for them. Grey forces Jamie to do so against his will, and our imprisoned hero then hears the traveler mention the name "La Dame Blanche" (aka the White Witch) before he dies, as well as warnings like, "She seeks a brave man," and "she'll come for you!"

La Dame Blanche is, of course, one of the names Claire picks up during their time in France.

Jamie goes back to his cell to discuss the interaction with Murtagh (who's still very much alive, hooray!). As soon as he mentions the white witch, Murtagh's eyes light up, asking Jamie if he thinks "it's her." La Dame Blanche is, of course, one of the names Claire picks up during their time in France.

As you might recall, the bandits who attempted to rape Mary Hawkins in season two flee after laying eyes on Claire, who they fearfully address as La Dame Blanche. When Jamie asks her about it later, she says: "They mistook me for some mythical creature named La Dame Blanche. Fergus said it's some sorceress nonsense." Jamie then admits that he started a rumor that he was married to La Dame Blanche, a vengeful witch, as a way to avoid having to hook up with any of the women at the brothels Bonnie Prince Charlie dragged him to. Regardless of his good intentions, Claire isn't pleased.

Since we know that Claire is in her own timeline in Boston, the sick traveler Jamie meets at the prison could not have seen her. The legend of the white witch must have simply gotten bigger and bigger after she left. What it does do, however, is give us yet another scene of Jamie clearly in pain without his wife, proving that their love is eternal (not that we had any doubts). Here's hoping their reunion comes sooner than later, because we're not sure how much more we can take.