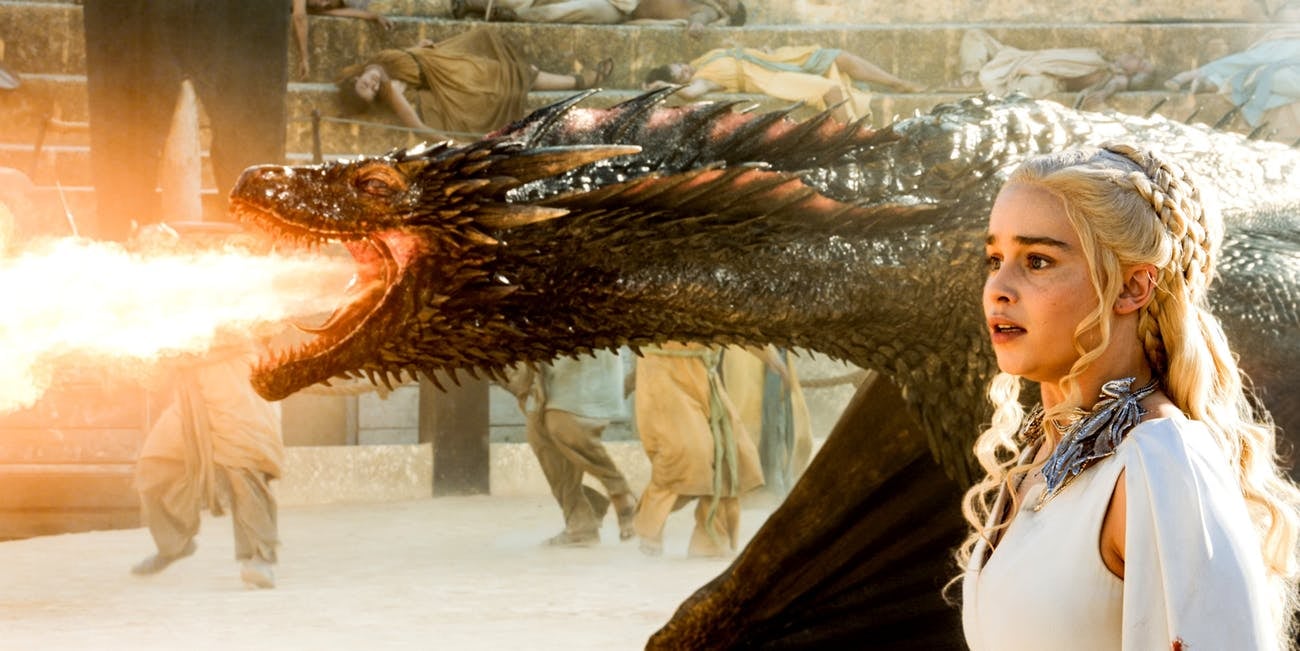 Unsurprisingly, Daenerys's story in Game of Thrones comes to a tragic end in the show's series finale. After her murderous, fiery reign of terror in season eight's penultimate episode, her nephew/lover Jon Snow decides to put an end to her rule by stabbing her in the stomach, leaving her to bleed out in front of the Iron Throne. While Jon's motivations for doing so are clear, it's what happens after his fateful decision that might have left you confused: why does Drogon arrive and melt the throne?

I, for one, was fully expecting Drogon to turn on Jon. Although Jon is a Targaryen and has been able to ride the dragons in the past, he just murdered Drogon's mother! He deceived her and stabbed her right in the belly! Wouldn't the loyal dragon want revenge? Apparently not. Instead of frying Jon to a crisp (can he even burn with Targaryen blood in his veins, or nah?), Drogon turns his attention to the Iron Throne sitting just a few feet away from the former couple in the wreckage of the Red Keep.

The red-tinted dragon then unleashes a powerful stream of flame aimed right at the very thing that has been such a point of contention since season one. He succeeds in melting all the swords down to a bubbling, molten puddle. Just as Tyrion says later on in the episode when discussing why Bran would make a good king — "Sons of kings can be cruel and stupid as you well know . . . that is the wheel our Queen wanted to break" — Drogon succeeds in symbolically erasing the idea of a monarchy, whether purposefully or not.

So, where is Drogon off to now? Once he finishes destroying the Iron Throne, we see him pick up Dany's lifeless corpse and sail off into the misty distance. In a later scene, when Tyrion and the rest of the small council are taking stock of the state of things, King Bran's new Hand mentions that "he was last spotted flying east." Then, the king himself chimes in, saying, "Perhaps I can find him."

Here's hoping Drogon will be able to find peace (and plenty of sheep) despite the loss of his mother and brothers.