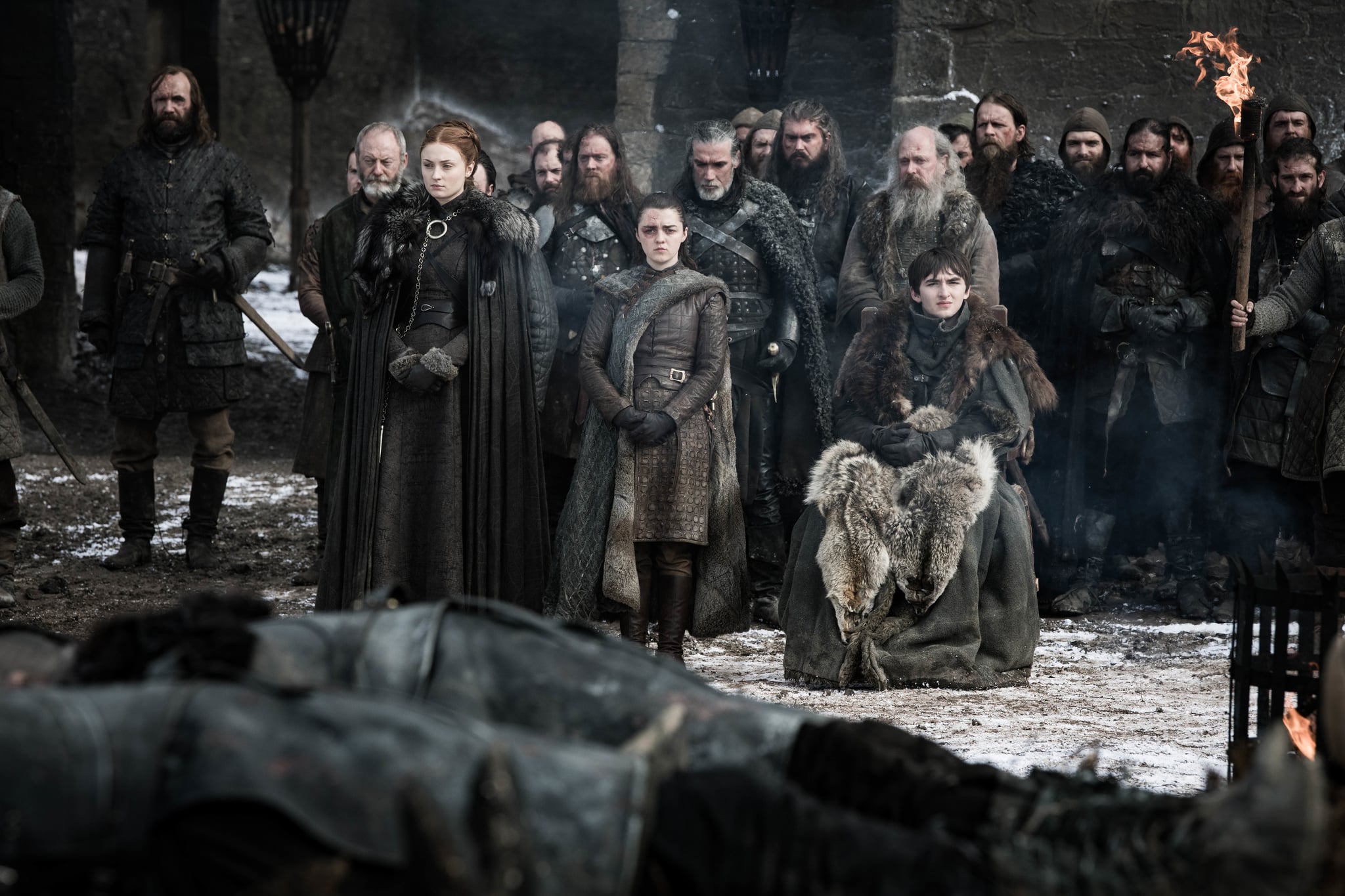 From an errant modern day coffee cup to the emotional whiplash of Jaime and Brienne's romantic relationship beginning and ending in a single episode, "The Last of the Starks" left us with way more questions than answers. There's one Game of Thrones moment, however, that may have seemed like a plot hole, but it actually wasn't: the funeral scene. The episode opens with the North and Daenerys's remaining forces bidding farewell to their dead after the Battle of Winterfell by burning them on funeral pyres. But after the Night King is destroyed by Arya, we see the White Walkers disintegrate, too, which begs the questions, how are there still so many bodies, especially after we witness the Night King raising fallen heroes, like Lyanna Mormont, to join his army before his death?

Thankfully, there's an easy answer to this one. While the Night King and the White Walkers disintegrate as soon as Arya lands her dagger in the heart of the army of the dead's leader, the wights simply fall to the ground. As previously established, killing a White Walker kills every wight he's sired, but they don't disappear. Whatever magic reanimates them is simply gone and they become regular dead bodies again. The previous episode actually sets up the coming funeral with its shot of Brienne, Jaime, and Podrick standing with their backs against a wall with what looks like dozens upon dozens of dead at their feet after the Night King is destroyed.

Sadly, there are still many questions about the nature of the White Walkers that have been left unanswered. One of the biggest is what separates them from the wights they raise from the dead. While never explicitly stated on the show, the theory that makes the most sense is that they weren't dead when the Night King turned them. Instead, they were the sons of Craster or other babies that actually grew up imbued with the magic of the Night King. Like him, they weren't dead when they were created, whereas wights — like Lyanna — are more like puppets raised from the dead to do the bidding of the White Walkers.

Again, the show hasn't given any definitive answers about the mythology of the White Walkers or the Night King, but the North having to contend with mountains of the dead after the end of the battle is consistent with what we've seen in the past. The Night King temporarily makes some of our favorites part of his army, but at least his magic couldn't rob them of the warrior's funeral that they deserved.