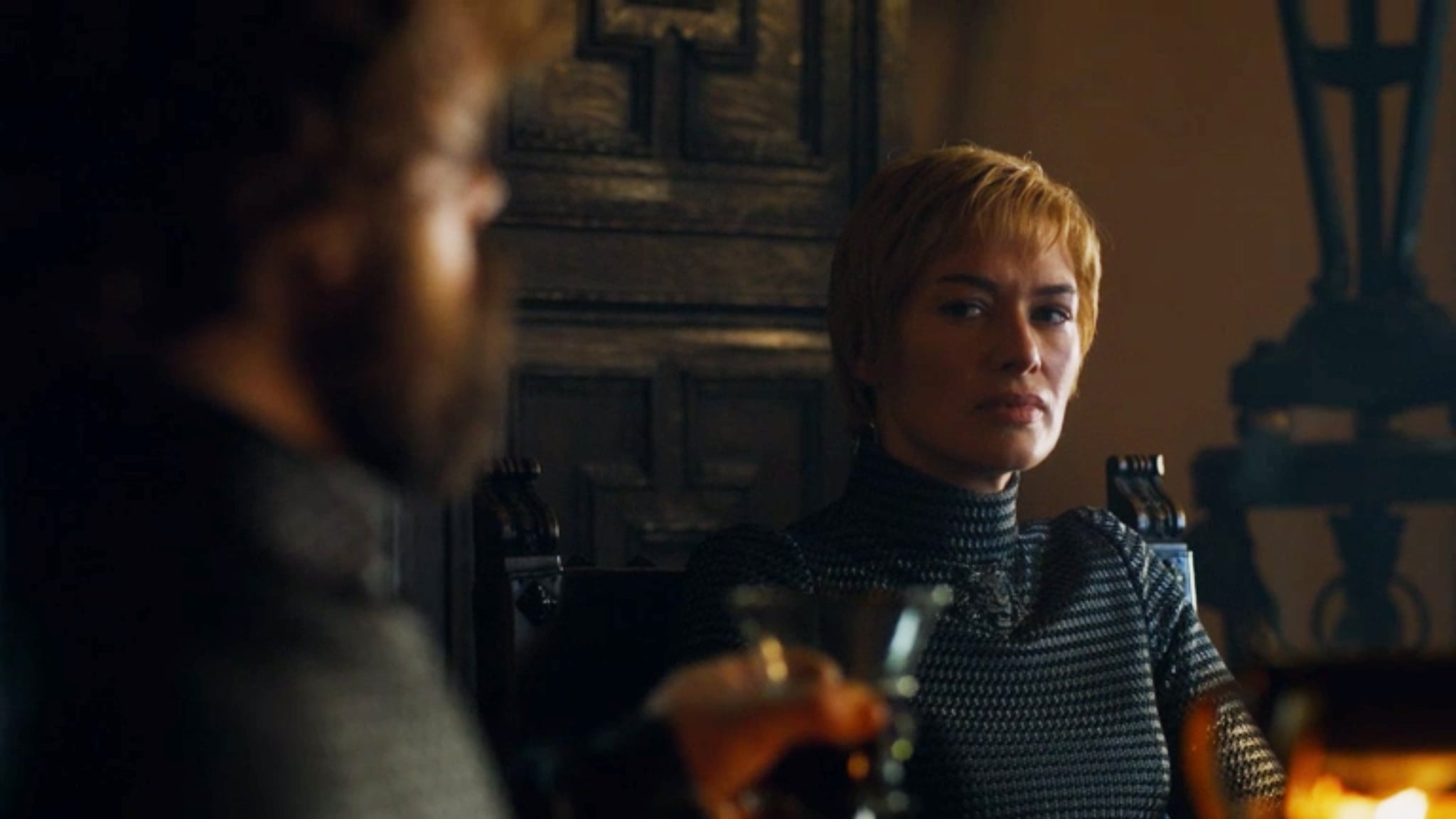 There's never been much love between Tyrion Lannister and his sister, Cersei, on Game of Thrones . . . but he might have fulfilled one of her biggest wishes during the season seven finale. During their emotional confrontation in Cersei's chambers after she storms out of the dragon pit, Tyrion somehow convinces Cersei not only to return and finish her discussion with Jon and Daenerys but also to send her troops North to battle the undead. The question is: how?

Cersei would never do anything that didn't serve her own purpose, especially if it involves Tyrion.

We all know that Cersei would never do anything that doesn't serve her own purpose, especially if it involves Tyrion; she hates his guts. But we also don't see resolution to their discussion on screen, which means that the two presumably reach an agreement in private that suits each of their needs — or at least that's what Cersei leads Tyrion to believe.

This seems impossible, considering that both Cersei and Tyrion's queen, Daenerys, are driven by their desire for the Iron Throne . . . but Tyrion might have found a solution. And if our theory about his secret promise to Cersei is correct, Daenerys is going to be livid. 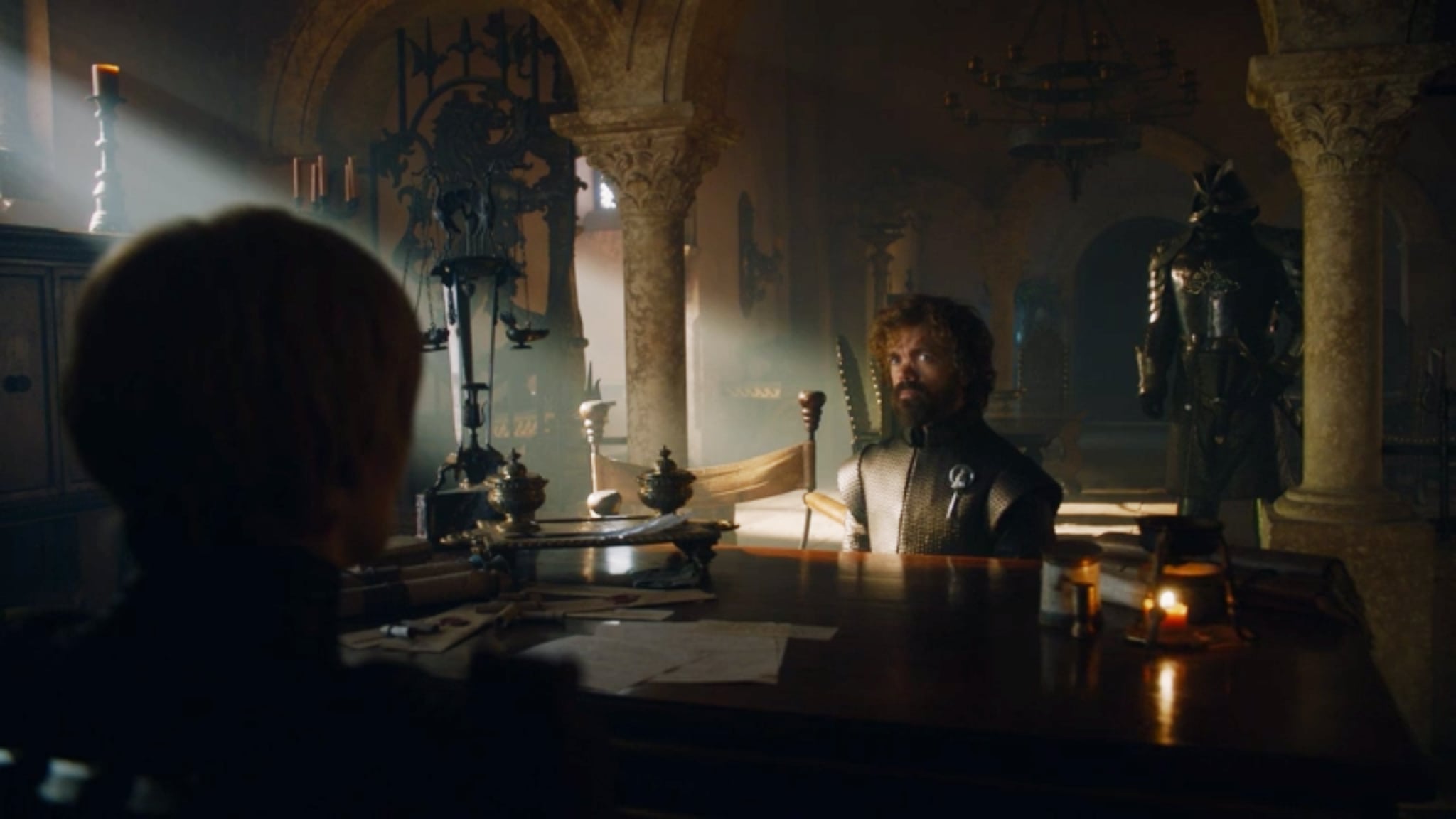 During Cersei and Tyrion's conversation, there is a significant moment when he realizes that she is pregnant. The onscreen interaction between the two cuts off shortly thereafter, and we next see the siblings march triumphantly back into the dragon pit, where Cersei promises Jon and Daenerys her own supply of troops in the Great War. So what happens between those two moments? If we had to guess, it's Tyrion promising the Iron Throne to his unborn nephew or niece.

Tyrion knows that Cersei would jump at the chance to secure the Iron Throne for her child. So in a last-ditch effort to keep the peace between her and Daenerys, he promises the succession to Cersei's baby.

Say whaaaat? But hear us out. Tyrion has already expressed his concern for what — or, rather, who — comes after Daenerys, since she believes that she cannot bear children. When he voices this concern to the dragon queen, she responds in anger and never gives him an answer, leaving him to ponder what sort of legacy she will leave in her wake without a successor.

Meanwhile, Cersei is desperately clinging to the Iron Throne for the sake of her family legacy, wanting to solidify longstanding Lannister rule in Westeros. With her kingdom in turmoil, a strained relationship with Jaime, a newfound belief in zombies and dragons, and a baby on the way, Tyrion knows that Cersei would jump at the chance to secure the Iron Throne for her child. So in a last-ditch effort to keep the peace between her and Daenerys, he promises the succession to Cersei's baby.

Cersei knows a good offer when she hears one, and for her many faults, she would do anything for her children. Even Tyrion tells her so in season two: "You love your children. It's your one redeeming quality; that and your cheekbones." And he, despite witnessing Joffrey's various atrocities, loves Cersei and Jaime's other two kids, Tommen and Myrcella. Plus, as we know from the other parts of his conversation with Cersei, Tyrion is desperate to prove to his sister that he isn't a family traitor. Offering the throne back to the Lannister clan would show a sense of loyalty to his house while also serving his own queen in the short-term. Or, perhaps he's just listening to his own advice to Jon Snow from earlier in the episode: sometimes, in the game of thrones, you must lie to achieve your ends. At least in this instance, it means a semipeaceful, temporary resolution between the two queens as they face the Great War.

This theory also explains why Tyrion observes Jon and Daenerys disappearing to have sex with such a pained look on his face — he knows that, should they conceive a child, their heir would undermine his secret political strategy.

But even with the promise of the Iron Throne in her child's future, would Cersei be willing to stand down and allow Daenerys to rule? Not likely, which is why she has a backup plan with Euron Greyjoy and the Golden Company, which she reveals to Jaime before he leaves her. Whatever promises Cersei might have made to Tyrion to make him think that he'd reached a compromise, she clearly has no intention of keeping. (Of course, this is all unknown to Tyrion, so in his mind he now has a massive secret plan for the future of the Iron Throne.)

This theory explains why Tyrion observes Jon and Daenerys disappearing to have sex with such a pained look on his face — he knows that, should they conceive a child, the heir would undermine his secret political strategy. Such a slight to his sister would spell revenge, warfare, and maybe a bit of wildfire as retribution, considering Cersei's Mad Queen tendencies.

We'll have to wait until season eight to find out whether Tyrion made any secret promises to Cersei, but this explanation definitely seems like a plausible one. If it's true, Daenerys won't be pleased . . . and Tyrion might have a "Dracarys" in his future.