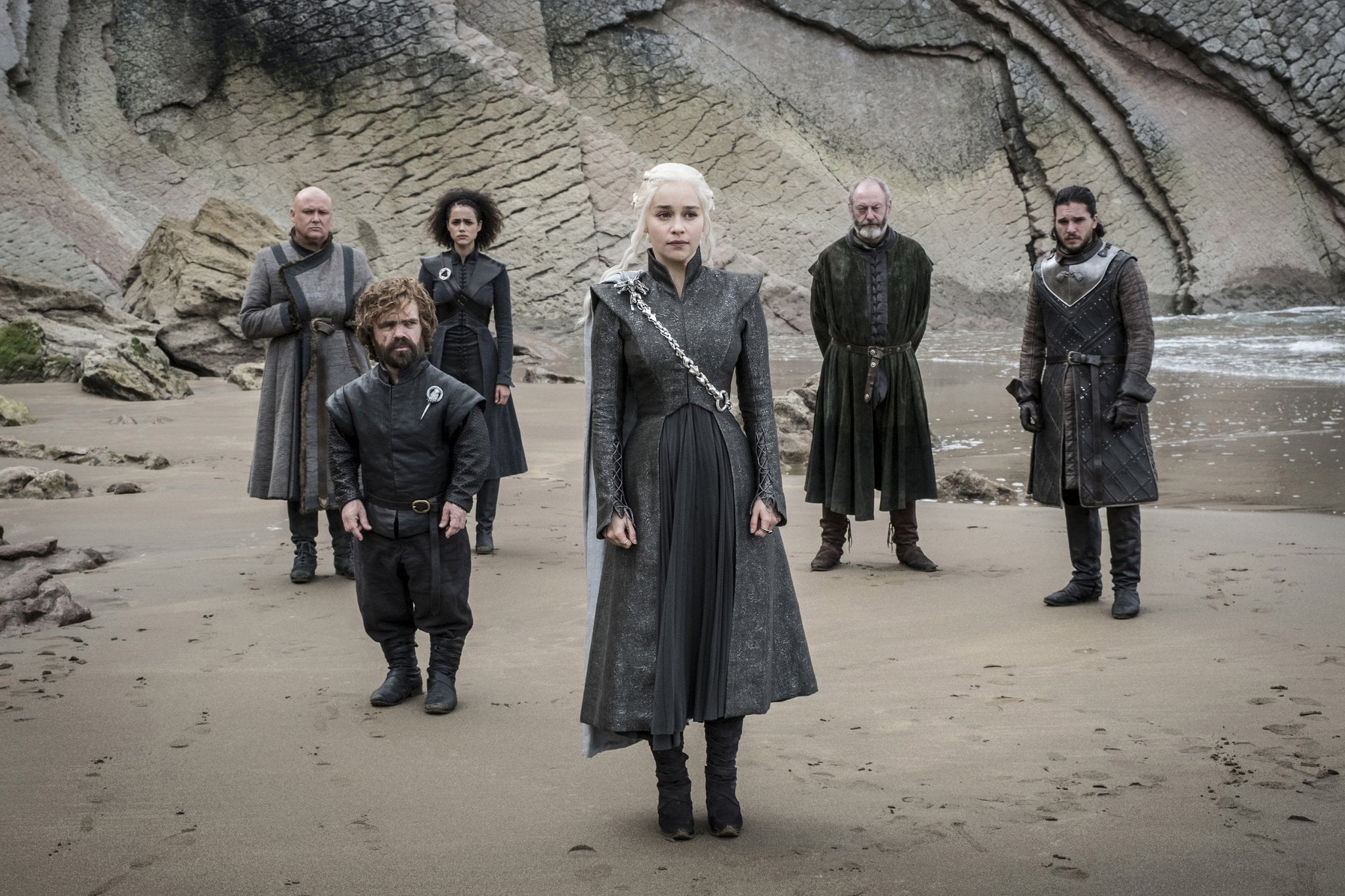 It's been a long time since we saw Game of Thrones's season seven episode, "Beyond the Wall," but it's worth revisiting before the show returns for its final bath of episodes. Why? Because it ties in with a very important fact about Daenerys: She's not capable of having children . . . or so she thinks.

To recap, Jon finally accepts Daenerys as his queen and the two make serious eyes at each other before she insists that he get some rest after his adventures in nearly freezing to death. Between their budding romance and Tyrion questioning the khaleesi about who will be next in line for the throne if she should die, "Beyond the Wall" was intent on reminding viewers that Daenerys cannot have children — at least, not human ones. The reason for this goes all the way back to season one.

Related:
Read This If You're Still Sobbing Over That Shocking Game of Thrones Death

Daenerys becomes pregnant during her marriage to Khal Drogo, and she and her husband believe their son is destined to be the Stallion Who Mounts the World. However, late in her pregnancy, Daenerys decides to put an end to the Dothraki's practice of raping the women of the villages they conquer. In the process, she saves Mirri Maz Duur, a healer and proficient practitioner of blood magic. When one of Khal Drogo's men challenges the khaleesi's decision to take the women under her protection, her husband fights for her. He kills the man who opposes them, but ends up with a wound which only becomes worse under Mirri Maz Duur's treatment.

Ultimately, the woman convinces Daenerys that the only way to save Khal Drogo is with a blood sacrifice. What she doesn't tell Daenerys is that her son's life will pay for her husband's, and that he will still be left in a vegetative state. Mirri Maz Duur orchestrates the entire situation as an act of revenge because, as she reveals to Daenerys, she was raped three times before the khaleesi "rescued" her, and she witnessed her village and all of its people burn. She's not content with taking Khal Drogo and Daenerys's son, though. She also offers the khaleesi a prophecy as well, stating:

"When the sun rises in the west and sets in the east, when the seas go dry and mountains blow in the wind like leaves, when your womb quickens again and you bear a living child, then he will return, and not before."

Because of the prophecy, Daenerys believes she is barren. That's why she sees her dragons as her children and why Viserion's death affects her so deeply. As far as she knows, she will never give birth again, and her only family is a trio of dragons who came out of the fire with her.

Related:
How Is Daenerys Going to "Break the Wheel" Aegon Built?

It should be noted that many fans believe the prophecy is open to interpretation. Reddit user kaiokenx4 lays out an interesting theory that posits Mirri Maz Duur is actually talking about the long Winter coming to an end. While Daenerys is asking about when Khal Drogo will return, the "him" Mirri Maz Duur may be referring to could be Azor Ahai. In other words, once Daenerys conceives and gives birth to a living child, the realm may be saved. (Adding fuel to this theory's flame is Ser Jorah pointedly telling Jon he should pass Longclaw on to his children one day in the same episode that both Tyrion and Daenerys remind us that she will never have an heir.)

Prophecies are tricky things, and they should rarely be taken literally. As of right now, Daenerys believes she will never have another child, but she also believes she's the last Targaryen, and she's definitely wrong about that. She could be wrong about this, too, and if she is, then Tyrion's fears about who will make sure the wheel stays broken after she's gone could be a bit premature.

TV
Normani Is a '90s Star in Exclusive "Proud Family: Louder and Prouder" Season 2 Clip
by Sabienna Bowman 21 hours ago