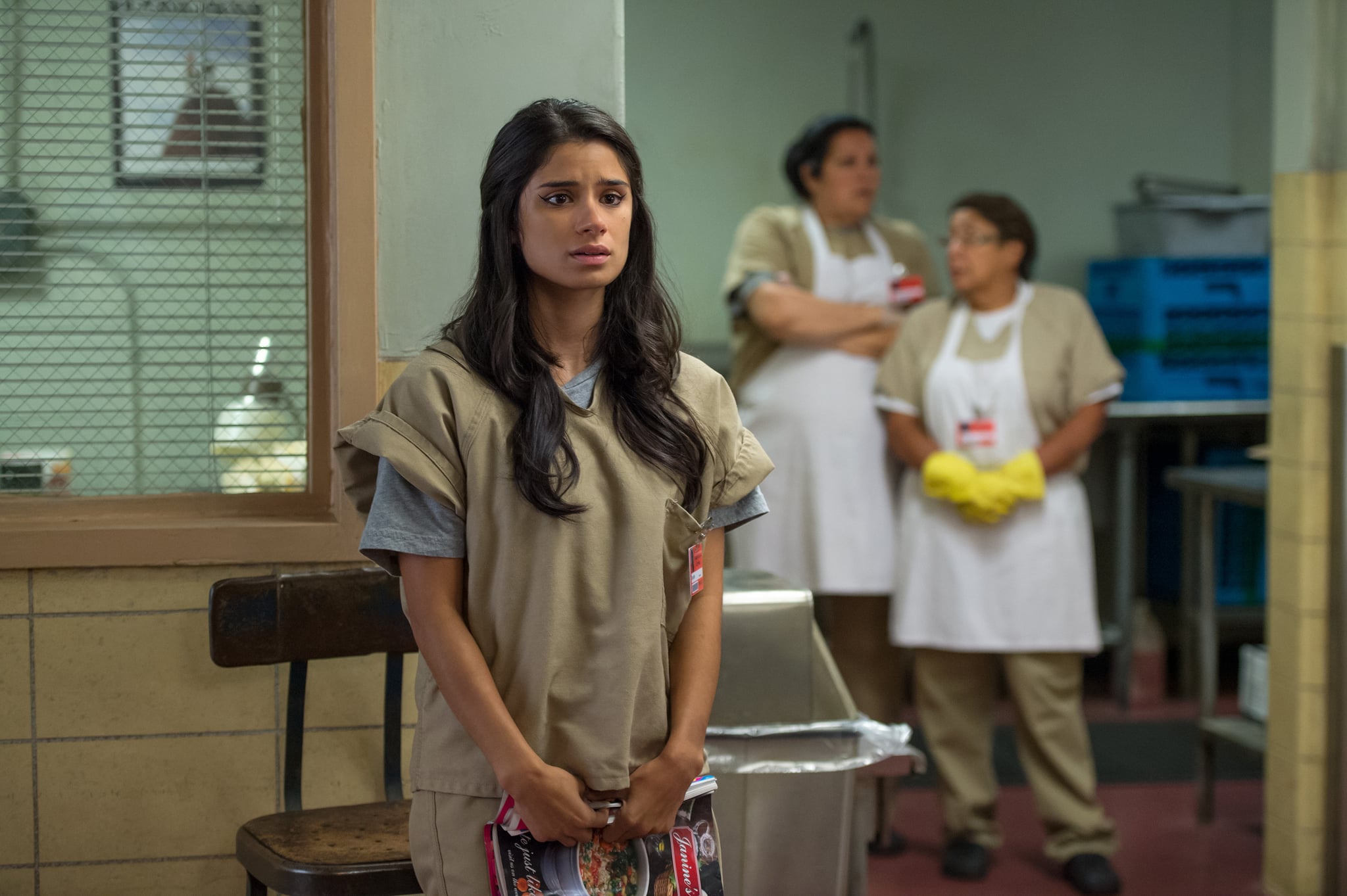 The inmates of Litchfield Penitentiary had their worlds rocked following the prison riot in season five of the Netflix hit Orange Is the New Black, but when the latest season dropped, Maritza, one of the original and most easily lovable inmates, is noticeably absent from all 13 episodes. So what happened to our favorite inmate-turned-social-media-influencer?

By the end of season five, the inmates have taken over the prison, and BFFs Maritza and Flaca have become social media darlings overnight thanks to their prison beauty tutorials. In the season finale, an officer captures the duo and shoots a rubber bullet toward the ceiling, causing debris to fall and go into Maritza's eyes as they are escorted out of the prison. As Maritza and Flaca line up to board buses leaving the prison, they are separated by a guard and sent to different locations. By episode three of season six, we know Flaca is with a few familiar faces at Litchfield Max, but there's no sign of Maritza.

Throughout the season, we find out that Litchfield inmates have been sent to prisons across the country, and while we never learn Maritza's exact whereabouts, Flaca does briefly share that her best friend is thousands of miles away near the end of the season. There's no way to tell if she'll return for the seventh (and probably final) season of the show, but Orange Is the New Black has a history of weaving characters in and out, so don't rule it out!

Diane Guerrero, the actress who has played Maritza on Orange Is the New Black from the very beginning, has been keeping busy, starring in two seasons of the now-canceled CBS comedy Superior Donuts. She was also recently cast in the upcoming DC Universe show Doom Patrol as an unlikely hero called Crazy Jane who possesses 64 personalities, so if you're simply missing Guerrero, you'll definitely see more of her soon.

Hulu
The "Grown-ish" Cast on Family, Finances, and More
by Jon Randhawa 15 hours ago