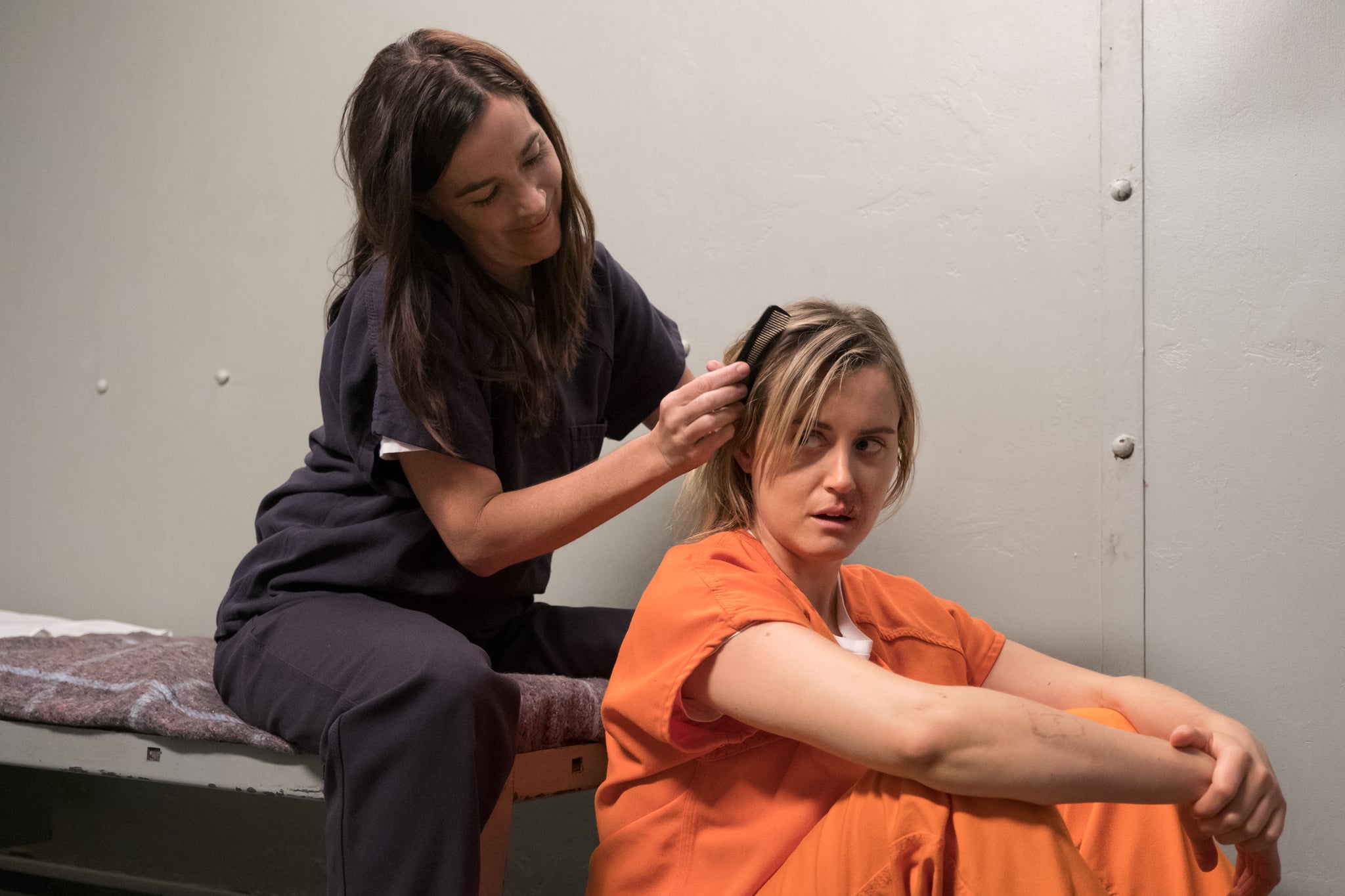 Although I finished binge-watching season six of Orange Is the New Black a few days ago, I'm still having a hard time processing it all thanks to all those wild cliffhangers. What's going to happen to Blanca after that heartbreaking surprise twist? And Taystee after the result of that trial? Is Lorna's baby OK? Also, does the end of Piper's time in prison mean we're going to see her write the real-life memoir that inspired the show, bringing everything full circle? Details about season seven might be scant at the moment, but it's because of the latter storyline that we think not only will Netflix renew OITNB for a seventh batch of episodes but that it might be its last.

As any dedicated fan of Jenji Kohan's groundbreaking series can attest, the last few seasons have started to run out of steam. The three-day riot concept in season five was ambitious and creative but ultimately resulted in a slow-moving trudge that didn't do much for our favorite Litchfield inmates (to be fair, that can also be blamed on the show's 13-episode count, which is about three too many). But then again, five years later, it seems to still be one of Netflix's most popular series. The streaming giant isn't going to just give it the ax out of nowhere.

Related:
The 10 Biggest Questions I Have After Watching Orange Is the New Black Season 6

So, it seems far more likely that season seven will be OITNB's last outing, giving the writers plenty of time to wrap up everyone's storylines. The theory is further supported by the potential loss of Danielle Brooks, who told Entertainment Weekly last year that a seventh season would be her last on the show. "To be honest, I don't know if I want to play an inmate past that. I don't know if I want to do that because I have a lot in me and a lot that I want to share with the world and different characters I want to be able to bring to life," she explained. "After seven, I think it might be time for me to spread my wings, but I don't want to speak too fast on that."

Kohan also expressed her desire to tie things up after season seven while chatting with The New York Times in June 2017. "I haven't made a final decision yet, but I'm leaning toward ending it after seven — although the nature of the show is one that can go on and on because you can bring in new people," she said, noting that she does have an ending in mind. "I think I do. And I will not share it."

Ending the series with Piper writing her memoir, Orange Is the New Black, and shedding light on important issues that plague female inmates in prisons all over the country would be the perfect way for things to conclude. And if all goes according to plan, we can expect said final season in the Summer of 2019, in line with its usual premiere schedule.