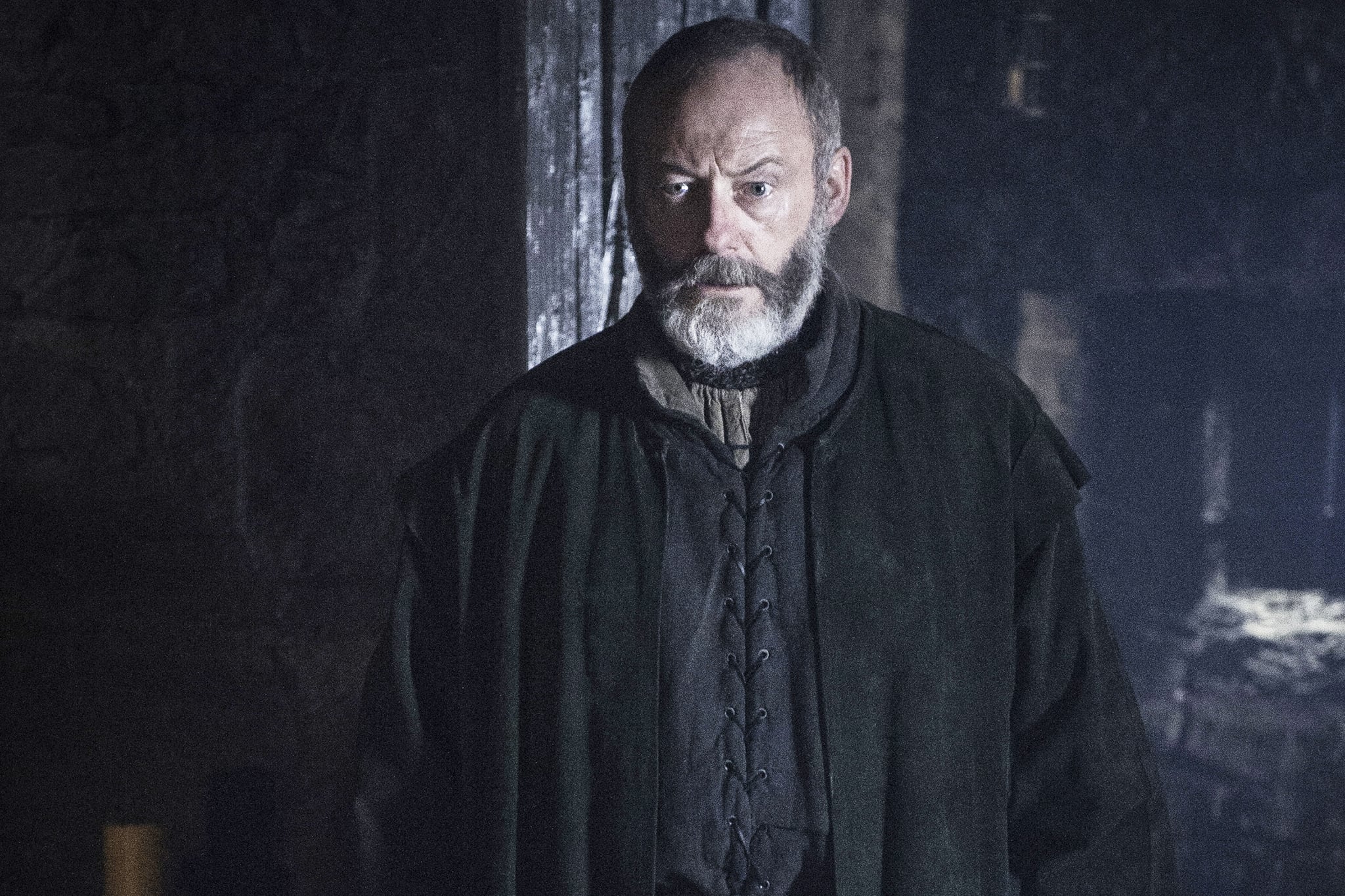 In season five of Game of Thrones, Ser Davos gifts Princess Shireen Baratheon with a hand-carved stag. In this week's episode, he finds the same stag buried in the snow at the foot of a little grave. Davos, realizing that the grave belongs to Shireen, is devastated. In case you forgot, these two were very close. Ser Davos strikes up an unlikely friendship with the little princess Shireen when she sneaks into prison to visit him. Shireen patiently teaches the illiterate Davos to read, and in exchange, Davos offers friendship and a kind ear to the lonely Shireen.

Ser Davos finds out from Melisandre back in season five that Shireen is dead, but Melisandre leaves out a few key details, like the part where it was her idea to burn Shireen alive. When Davos discovers Shireen's grave at the Winterfell battleground, he realizes that if Shireen had a proper burial, she must have died before Stannis's big battle against the Boltons. Davos, who's seen Melisandre at work before, knows she likes to use royal blood for her magic. It doesn't take long for him to put two and two together and surmise that if Shireen died before the battle, Melisandre must have sacrificed her as a prebattle good luck charm.

It's particularly upsetting for Davos because he knows Melisandre could only have sacrificed Shireen with Stannis's permission. Just before the battle, Stannis sends a highly reluctant Davos back to the Wall to gather supplies. When Davos sees the grave, he realizes that Stannis had never really wanted the supplies, but only wanted to get rid of him so that he was free to sacrifice Shireen. Davos had an enormous amount of faith in Stannis, and Shireen's death represents a massive betrayal. Does this mean Davos will make Melisandre pay for Shireen's death?