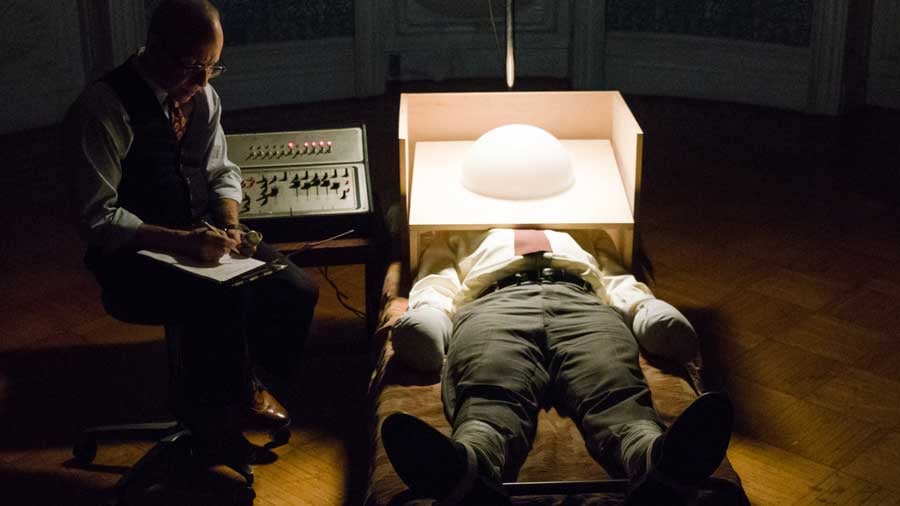 Netflix is releasing a new miniseries on Dec. 15 titled Wormwood, a docudrama about the CIA's LSD experiments in the 1950s. That study, called Project MK-ULtra, has been well documented; it has been mentioned in movies like Jacob's Ladder and The Men Who Stare at Goats, as well as TV shows like Fringe and Stranger Things.

But what about the case that is central to Wormwood, that of Frank Rudolph Olson, played in the miniseries by Peter Sarsgaard? Is that based on a true story? The answer is yes, and the details are actually quite shocking.

Related:
Start 2018 Off Right With the 74 New Titles Coming to Netflix in January

Olson was an American scientist who specialized in bacteria and biological warfare — at US Army Biological Warfare Laboratories, he conducted experiments with aerosolized anthrax. At some point during his Army career, he began working with the Central Intelligence Agency (CIA) on the MK-Ultra program exploring the possible military uses of psychotropic drugs like LSD.

But about 10 years into his career, Olson must have had a crisis of conscience about what he was experimenting with because he supposedly tried to quit the program in November 1953, about a week after a retreat in which Olson and several of his colleagues were allegedly slipped LSD in a cocktail. 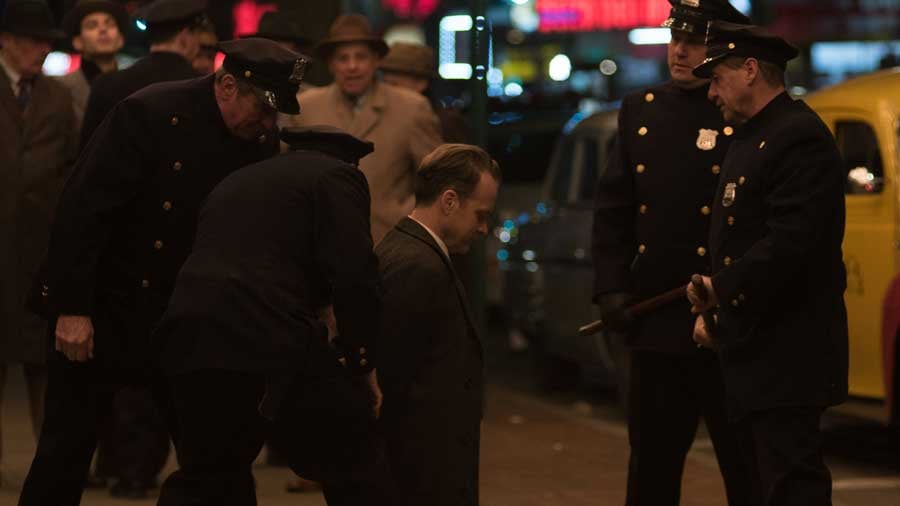 After expressing a desire to quit the CIA's germ warfare program, Olson reportedly suffered a nervous breakdown and was sent by the CIA to see a physician in New York, who recommended Olson be placed in a mental hospital. The physician was Dr. Harold Abramson, who was also assisting the CIA with its psychotropic drug research.

The last night Olson was in Manhattan, he committed suicide by jumping out of the 13th-floor hotel room in which he was staying. In 1975, his family received a wrongful death settlement from the CIA after it was revealed by the President's Commission on CIA Activities in the United States that Olson had been unknowingly dosed with LSD nine days before his death.

But in the mid-1990s, Frank's son Eric had his father's body exhumed to be buried with his mother. The family had another autopsy performed and the findings of that examination said that Olson's death was most likely a homicide — all the examining doctors except one said that the blunt force trauma to the head and chest likely occurred in Olson's hotel room before the fall. Olson's sons tried to sue the CIA in 2012 for compensatory damages, but the judge dismissed the case, in part because of the out-of-court settlement the family received in 1976.

But theories still abound that rather than lose Olson, the CIA murdered him and made it look like a suicide. The Netflix docudrama is combining actor reenactments with real-life interviews to bring the events of Olson's life to the big screen — in addition to the Netflix release, the miniseries has been edited into a theatrical release for various film festivals and a limited release in US theaters.