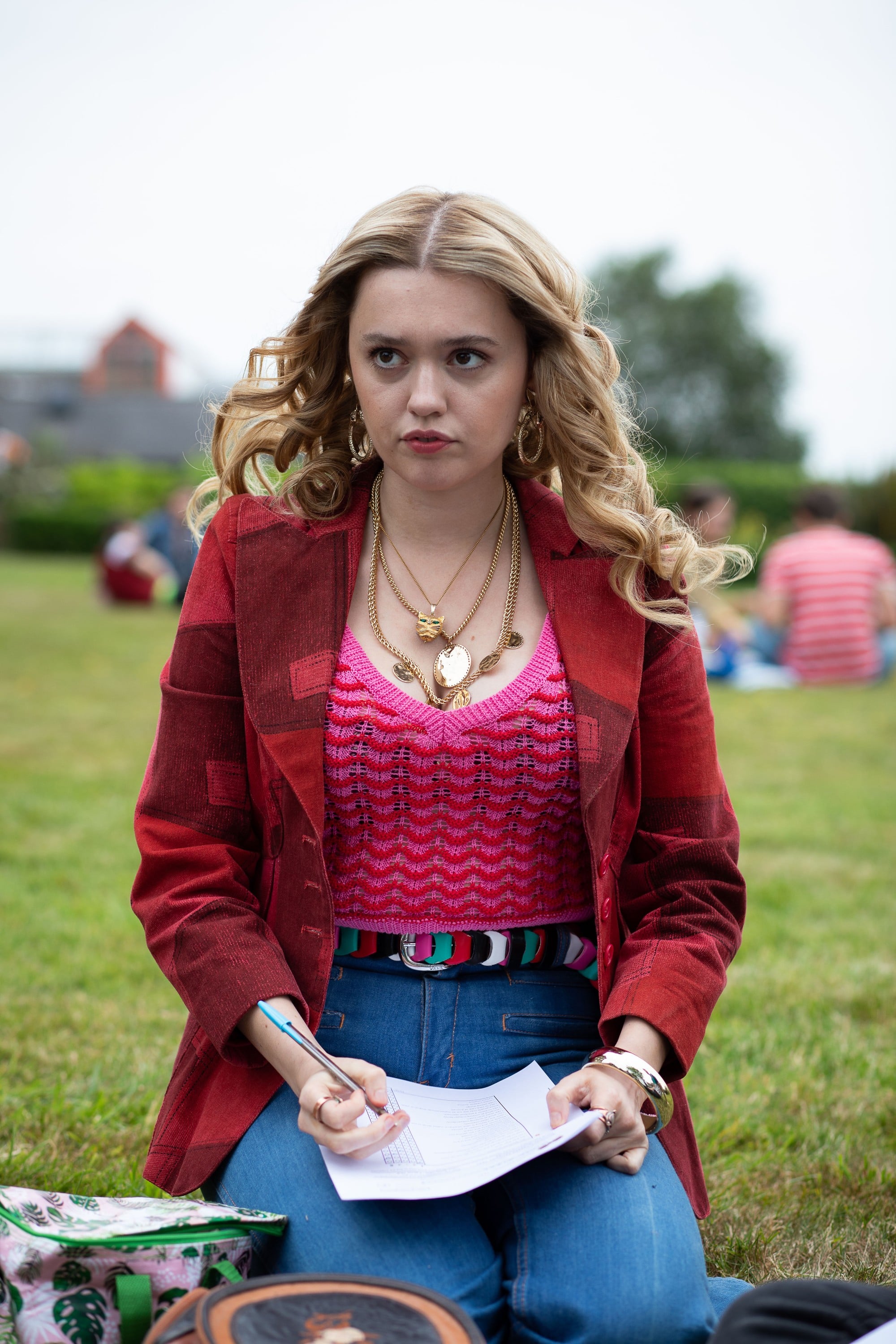 Sex Education's Aimee Lou Wood appeared on an episode of Josh Smith's Make It Reign podcast on Feb. 9, to chat about her experience on the show. In the process, she introduced listeners to a new phrase: the vulnerability hangover. Wood talked about the transition to fame, explaining, "I've always been anxious and a little bit on edge as a person. When all of a sudden you're catapulted into the public eye it can intensify those feelings. It's not a normal thing for your face to be recognized by lots and lots of people." The pair then discussed the feeling that comes with playing a character like Aimee Gibbs, exploring the effect of portraying sexual harassment on screen. "In so many ways it can feel so incredibly liberating, that you can put something so personal and something that you've maybe struggled with or felt shame about, put it out there and have such a positive response. It's more than heart-warming, it's heart-bloody-wrenching," the actress told Smith.

"The intimacy coordinator said that sometimes you'll feel pretty exhilarated after you've just done the sex scene, then a day or two later you go 'oh my god' and you get a bit of a vulnerability hangover and you're like, 'sh*t'," Wood recalled. She went on to explain that "[the coordinator] checks in on us a day or two after we've filmed it to see how we're feeling. She said the masturbation ones can be a lot harder because it's just you by yourself. I was so supported on set, but still, a couple of days later I was like, 'oh my god!' and so many worries were ignited."