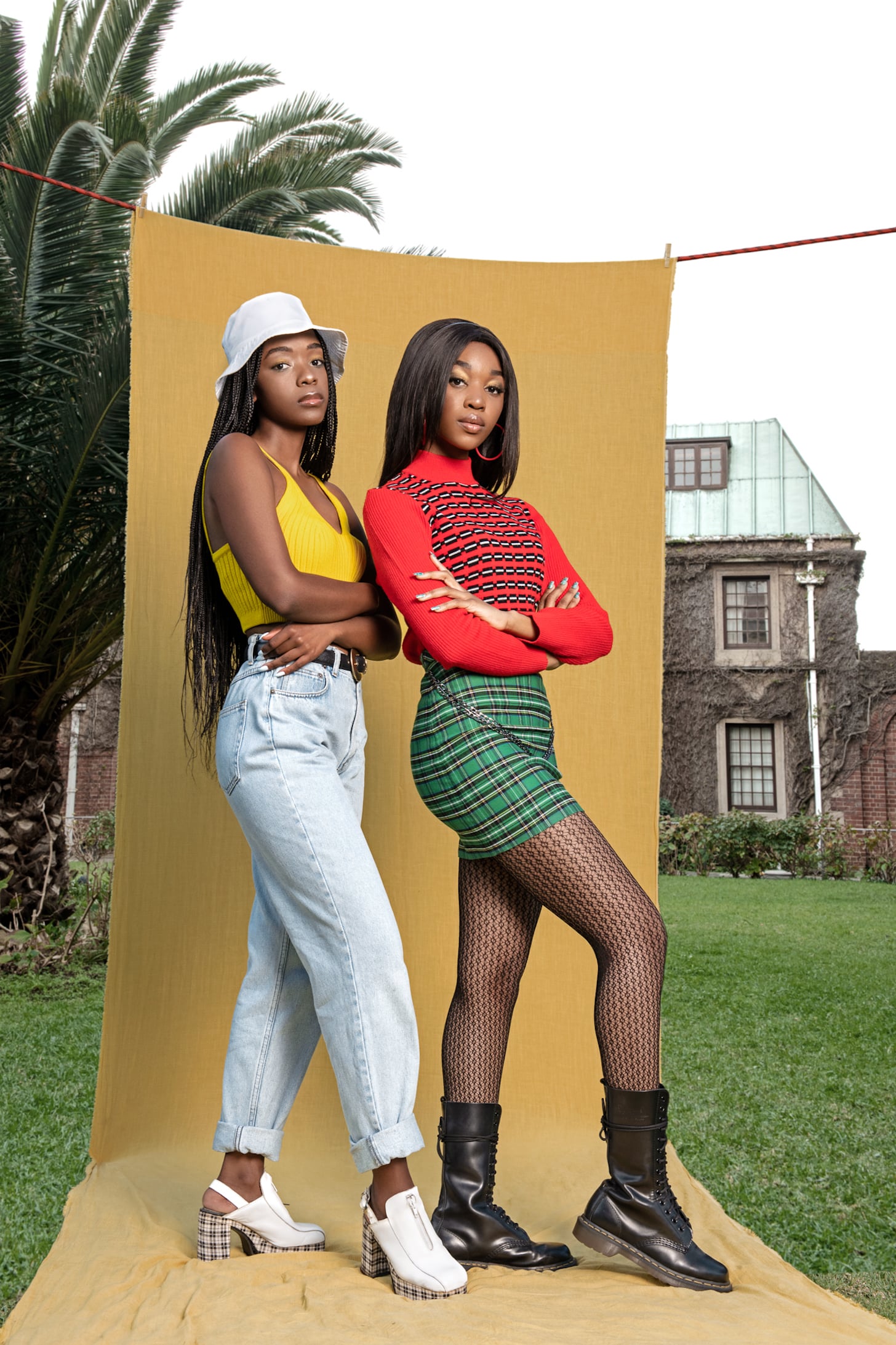 From the very first season of Blood & Water, viewers are pulled into the tragic story of the Khumalo family and their missing daughter. High schooler Puleng (Ama Qamata) has grown up under the shadow of her older sister, Phumelele, who was kidnapped at birth. Her parents are still grieving their lost daughter by celebrating her birthday every year and Puleng is distressed by their inability to let go of her sister's memory. Cue Fikile Bhele (Khosi Ngema), a girl Puleng meets at a party who has the same birthday as her older sister and a striking familial resemblance. Their meeting leads Puleng (and the audience) into a convoluted investigation into Phumelele's kidnapping and it takes all six episodes until we get an answer.

Though Puleng's meeting with Fikile sets the former into investigation mode, it's her father's arrest that gives her a proper start. Puleng's father, Julius (Getmore Sithole), is arrested for human trafficking because the police believe he sold baby Phumelele after she was born. The public humiliation and fights that Puleng gets into are enough ammo to get her mother, Thandeka (Gail Mabalane), to agree to her transferring schools. So, Puleng arranges to start attending the prestigious Parkhurst College, where she starts using her mother's maiden name Vezi, and sets out to get close to Fikile.

Several obstacles immediately make Puleng's attempt to dig deeper into Fikile's mysterious childhood harder: Chris Ackerman (Arno Greeff), the other girl's closest friend who doesn't trust Puleng from the beginning; Wendy Dlamini (Natasha Thahane), the editor of the school's magazine club that has a serious hatred for Fikile; Nwabisa Bhele (Xolile Tshabalala), Fikile's shrewd and protective mother; and Matla Molapo (Sello Maake Ka-Ncube), the powerful father of Puleng's beau KB, who has been friends with Fikile since they were children. Puleng juggles the cutthroat dynamics of student-life at Parkhurst College and the investigation with the help of Wade Daniels (Dillon Windvogel), who puts all the clues together just in time for the season's dramatic climax.

By the final episode, Puleng and Wade have gathered enough evidence to figure out the following: Mrs. Bhele couldn't have any children before the surprise arrival of Fikile, which was a home birth and not recorded in a hospital; Fikile's birth certificate is wrongly dated and signed by Brenda Jaxa, a woman in prison for fraud; and Matla, a close friend of the Bhele family, represented the Point of Grace Adoption Agency for years before it went under when it was discovered to be involved in trafficking babies and changing identities.

In the last few minutes of the sixth episode, Fikile confronts Puleng about all the ways she's messed with her life since they met. It's amid that argument that Puleng's notebook with all her investigation notes is revealed and Puleng tells Fikile the truth about everything. "I believe your real name is Phumelele Khumalo," Puleng tells her. "My sister."

While she doesn't have concrete proof in season one, she does have it by season two after they both take a DNA test, confirming what Puleng suspected all along. Despite the fact that Nwabisa tampered with the DNA results, Puleng and Fikile eventually discovered the truth. However, after Puleng and her family take a second DNA test, it's revealed that Fikile is only the daughter of Thandelka and therefore only Puleng's half sister. It's unclear who Fikile's actual father is, but we're sure to find out if the show gets picked up for another season.

Netflix
Will There Be an "Extraordinary Attorney Woo" Season 2? Here's the Deal
by Pallavi Bhadu 3 hours ago

Tatiana Maslany
Tatiana Maslany on Portraying a Female Hulk: "Our Culture Is So Fixated on Women's Bodies"
by Eden Arielle Gordon 4 hours ago