If you thought Ariana Grande's original version of "34+35" was thrilling, wait until you watch the music video of the remix. The Positions singer officially dropped the collaboration featuring Megan Thee Stallion and Doja Cat, and whew, those rap verses and outfits! Grande first teased fans with the upcoming song on Jan. 13, alluding to two mysterious collaborators that had people in a tailspin trying to guess who they were. She revealed her featured artists the next day, who are arguably two of the biggest names in the music industry right now. We shouldn't be surprised; both Megan and Doja Cat are known for having some deliciously sexy lyrics, and "34+35" could only benefit from their presence.

The song is the second track on Grande's Positions, which dropped on Oct. 30, 2020. If you still haven't solved the rather pointed math equation — though how could you miss it with those lyrics — the title is a cleverly prurient nod to a sex position: 69. Be sure to take a lot of calming breaths before watching the music video above.

Ariana Grande
"13: The Musical" Isn't Based on a True Story, but It Is Inspired by Real Life
by Alicia Geigel 19 hours ago 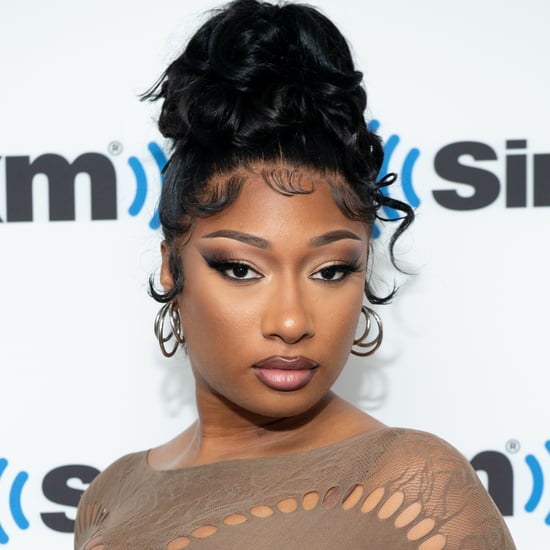 Music
Lola Consuelos Shares Parents Mark and Kelly Ripa's Reaction to Her New Song: "They Loved It"
by Monica Sisavat 22 hours ago