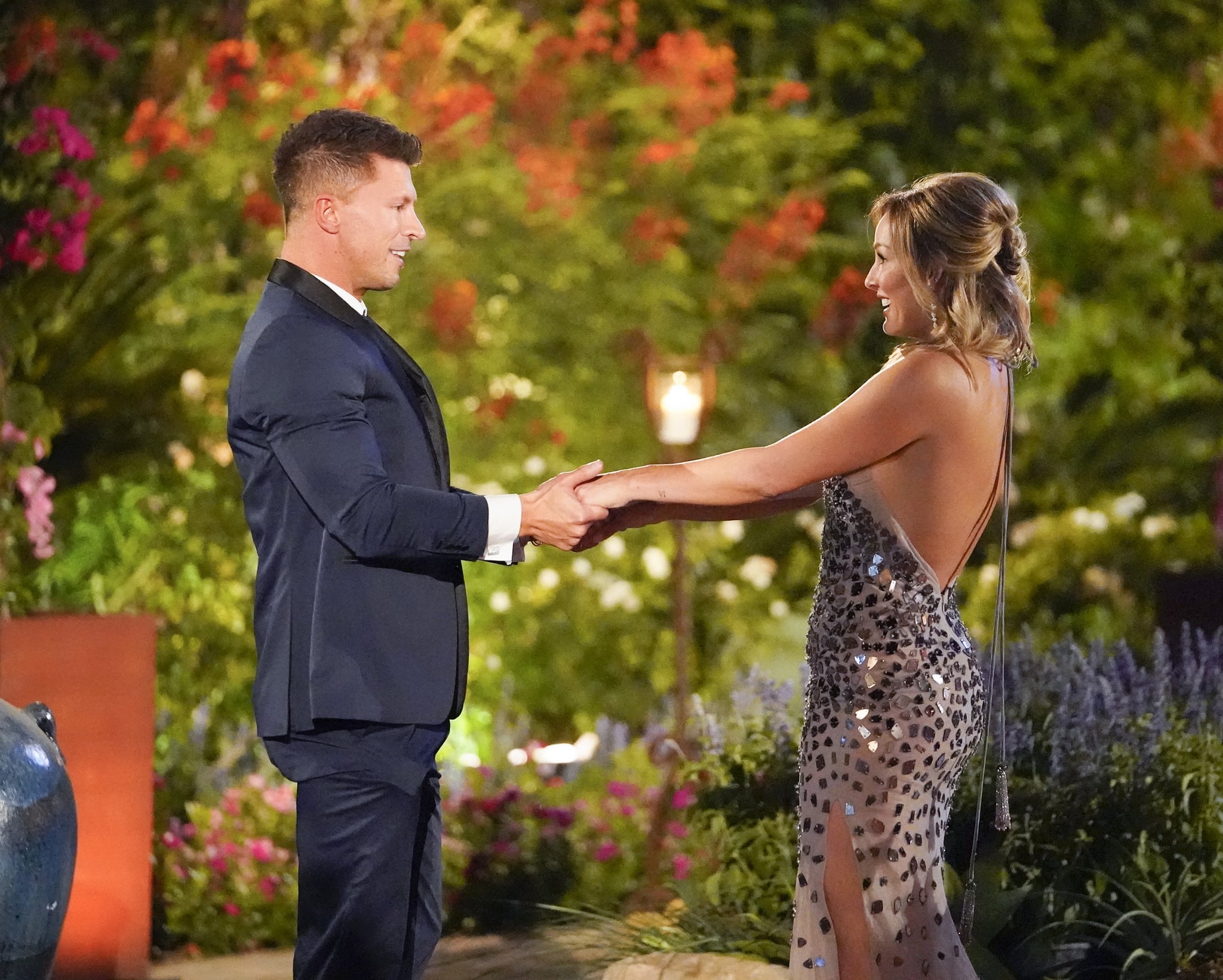 Tuesday's episode of The Bachelorette is filled with major (and somewhat expected) twists, but the most unexpected moment actually had nothing to do with Dale or Tayshia — it was about why Clare suddenly sent Zach Jackson home. Although the decision seemed out of the blue, knowing a little about Clare's past makes it all fall into place.

Clare brought Zach J. on the one-on-one date, where they went to get pedicures and spa treatments. During the date, Clare tells the cameras that she feels like she's "getting this very weird energy from Zach, but the truth is now having somebody like Dale in my life, it puts me in a weird position in front of other people . . . A relationship can be really hard, because you can be giving the signals, and they're not receiving them, or they can be showing their love a way, and I'm not getting it." She adds, "I really want to give Zach a chance because who knows? Maybe I'm not communicating in the right way."

After they spend some (slightly awkward) time relaxing by the pool, the really uncomfortable moment happens. Clare leans in to kiss Zach, but he doesn't lean in. At that point, she pulls back, embarrassed, and she tries to get out of the pool. Zach grabs her neck and tries to hold her back, saying, "No, why did you stop? I was right there, why did you stop? What happened?" She tries to brush it off and move the date along to the dinner portion, but he keeps pushing for answers about the missed kiss and trying to hold onto her physically.

Zach tells the cameras about the awkward moment, calling it a "huge mix-up." He adds, "I was trying to kiss her. Just the look on her face, it was the instant — she was hurt. And that's never my intention." Meanwhile, though, Clare is pretty distressed, apparently triggered by the physical grabbing.

"The second I just tried to walk away, he grabs me. That kind of triggers me, and kind of scared me," she said. "I didn't want to be near him in that moment. If I want to walk away because I'm uncomfortable, let me walk away. I might be a little extra sensitive about it because I've done all the work these last few years on healing my traumas. But I don't want to figure it out, I don't want to talk about it. This is not something that needs to be discussed."

Clare has previously spoken about having gone through an abusive relationship, telling the Bachelor Happy Hour podcast how she got out of an abusive relationship before going on Juan Pablo's Bachelor season back in 2014. It's understandable, then, that something triggering those traumas would be a dealbreaker for her, and, as it turns out, it was enough for her to have Chris Harrison send Zach packing without further discussion.