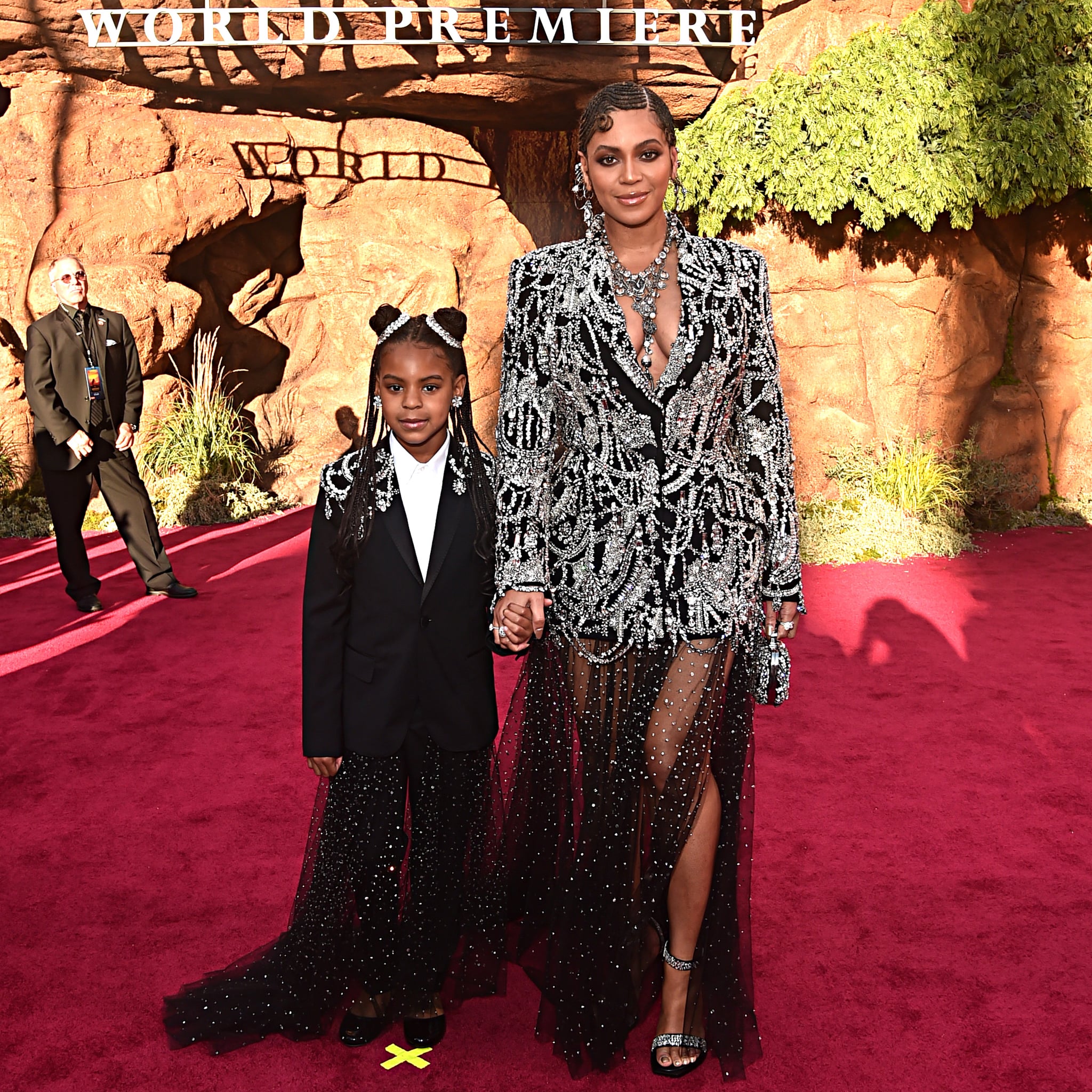 Congratulations are in order for Blue Ivy Carter! On Feb. 21, Beyoncé and JAY-Z's 8-year-old daughter won an NAACP Image Award for her vocal contributions to the song "Brown Skin Girl." The popular tune, which is featured on Beyoncé's album The Lion King: The Gift, earned the honor of outstanding duo, group, or collaboration, also credited to Bey, rapper Saint Jhn, and singer Wizkid. It's the second award Blue has earned from the upbeat jam, as she also won the Ashford & Simpson Songwriter's Award at the BET Soul Train Awards in November. (Yep, she helped pen the track!)

After Blue's big win, proud grandmother Tina Lawson gave her a special shout-out on Instagram. "Congratulations BLUE IVY on your NAACP award last night for songing and writing on "Brown Skin Girl" from the Album The Gift.," she wrote. "The youngest artist to win a major award👏🏾👏🏾Grandma is soo proud of you❤️❤️❤️ 8 years old!!!!🙏🏾❤️ You are giving all the beautiful little brown girls a voice ❤️."

The NAACP Image Award dinner was also a big night for Beyoncé. The 38-year-old singer snagged seven awards total, including outstanding series or special variety (Homecoming: A Film by Beyoncé), outstanding album (Homecoming: The Live Album), and outstanding traditional song ("Spirit"). It's worth noting that Blue made an appearance on all three of those projects, so we'll also count those as wins in her book.

Award Season
Latto Wins Big at the BET Awards: "I Said I Wasn't Gonna Cry"
by Victoria Messina 7 hours ago