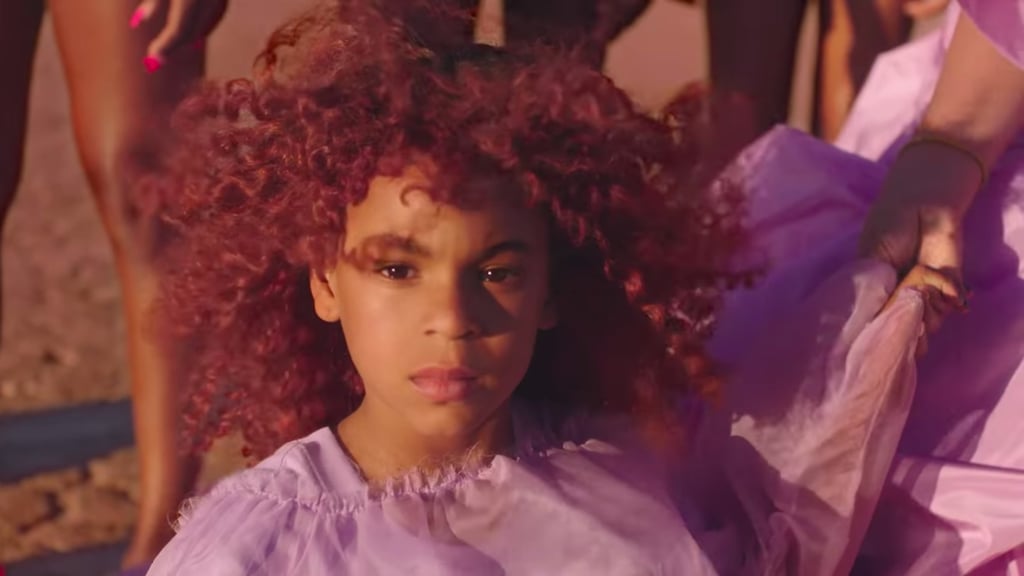 JAY-Z and Beyoncé have lovingly dedicated songs to their firstborn daughter, Blue Ivy Carter, since they brought her into the world, but it's clear she's leveled up from inspiration to featured artist. Blue's spitting her own freestyle raps, making cameos in her parents' music videos, and lending her vocals to their tracklists all before she's even 10 years old! It may feel like just yesterday that the 7-year-old was making her debut on her father's song "Glory," but she hasn't wasted any time snatching her bit of spotlight and shining like the star she is — especially when it comes to building her music career. She's already been featured on two charting songs, which is more than a lot of people older than her will ever be able to say.

Whew, imagine having that kind of talent. It's obviously genetic. Check out the several hits Blue Ivy has blessed with her presence, and watch out — the eldest Carter offspring is coming for her glory!