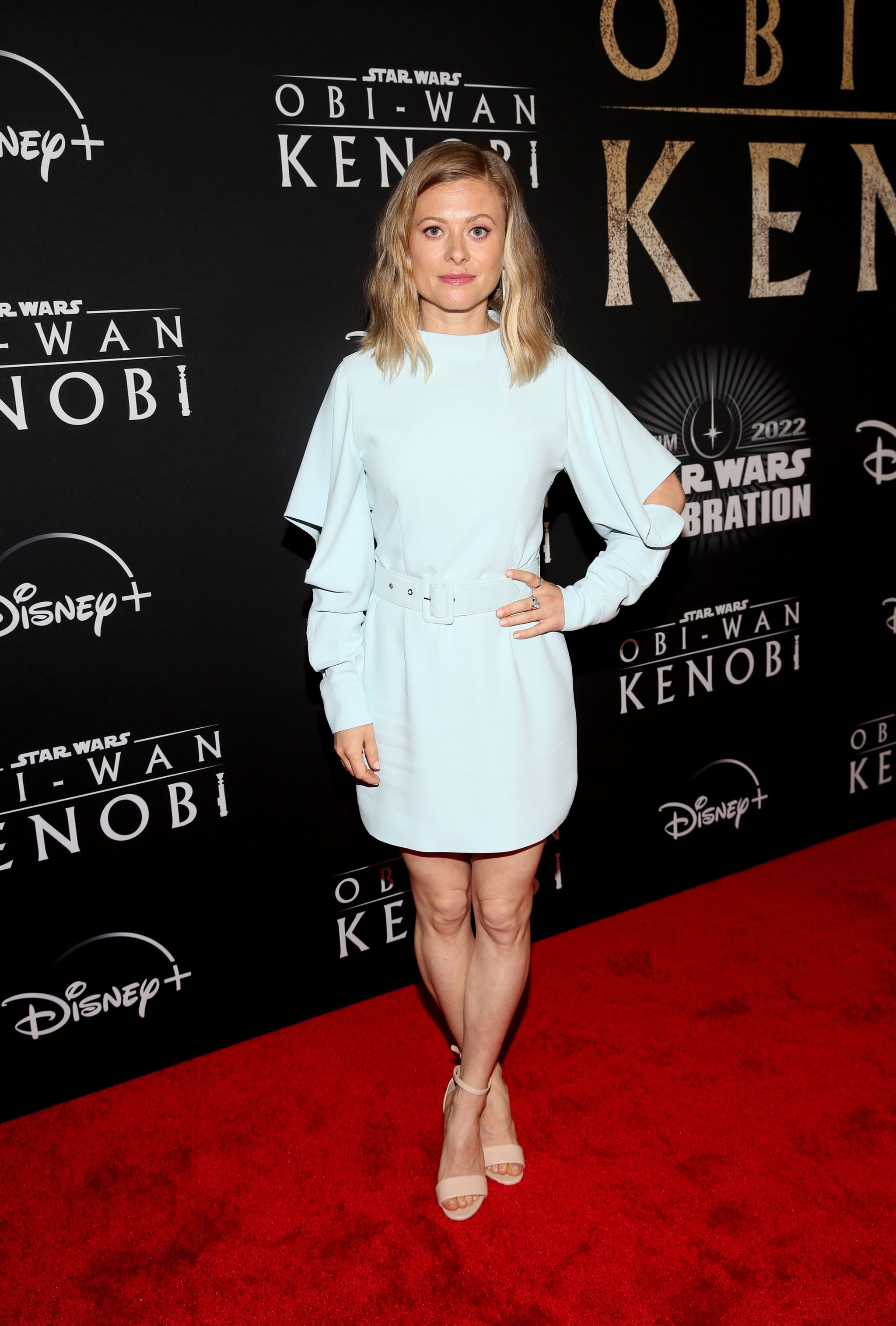 Bonnie Piesse has taken a long journey back to the Star Wars universe. The actor first appeared in "Attack of the Clones" in 2002 as teenage Beru, who will eventually become Luke Skywalker's Aunt Beru in "A New Hope." Now, the actress is reprising her role in Disney+'s "Obi-Wan Kenobi." But there's a good chance you saw her more recently in something else: Piesse was one of the major voices that spoke out against the NXIVM cult in HBO's "The Vow."

When she first got cast in "Attack of the Clones," Piesse wasn't exactly a Star Wars fanatic. She knew the movie was filming in Australia and wondered if she could get a role in it. "I kind of wished for it," she says. Then they called her agent for an audition. "I guess they'd seen my photo on a casting website or something and they thought I looked like the older Beru," she says. Two weeks later, she was sitting in the library at her high school when her mom started screaming outside.

"I was still hiding away after everything and feeling pretty broken. . . . It kind of forced me to heal really quickly."

"Somehow, I knew that it wasn't a bad thing. I knew that it was Star Wars," Piesse says. She told her friends what was going on, and a celebration broke out in the library. "Everyone just started screaming and jumping up and down," she says. Years later, Piesse almost missed the message asking her to come back for "Obi-Wan Kenobi." She and her husband had moved to Portugal, where she's been relaxing and healing after escaping NXIVM and the clamor over "The Vow." She wasn't pursuing her acting career at all.

"Out of the blue, a message came through, which I didn't realize what it was. It was like a casting message, and I put it off," she says. "And then I decided to go back and look at it, and it turned out that it was Lucasfilm reaching out. They wanted to connect me with Deborah Chow so that she could tell me about the show and invite me."

Piesse was "nervous" about talking to the "Obi-Wan Kenobi" director but excited to begin a new chapter. The actor explains that she was still dealing with PTSD from her experience in NXIVM. "I was still hiding away after everything and feeling pretty broken," she says. But she wanted to come back to acting anyway. "I realized I was going to be doing Star Wars again," she says. "It kind of forced me to heal really quickly, too." Piesse says she "amped up" every healing thing that she was doing to make sure she would be OK on set again. While her PTSD is still present today, Piesse says she's doing "much better."

In 2020, HBO aired the documentary series "The Vow," which explored the NXIVM cult and its leader, Keith Raniere. Members joined thanks to promises of self-improvement but found themselves enmeshed in a much bigger conspiracy. In 2020, Raniere was sentenced to 120 years in prison. Piesse and her husband, Mark Vicente, were both NXIVM members, and they spoke out extensively about it in "The Vow."

According to Piesse, the series happened "pretty organically." As she and Vicente finally started to leave the cult, they opened up to their friend Jehane Noujaim, who would ultimately direct "The Vow." Noujaim took out her camera to film their account.

While it was scary to come forward — Piesse describes herself as a "pretty private person" — the pair were determined. "We really wanted people to understand more how this happens and that it's everywhere," she explains. "And we had a very strong drive to stop Keith Raniere from what he was doing, and that just seemed like one big way to try to do that."

Piesse took another risk when she jumped back into Star Wars. On set, she reunited with Joel Edgerton, who plays Uncle Owen, for the first time since they'd finished "Revenge of the Sith." "He knew everything I'd been through, too, and he was really supportive," she says. "It really didn't feel like much time had passed."

"But I felt much deeper gratitude this time than I was able to feel in the beginning, which was just excitement," she continues. "It was so great to bring a little more maturity to Beru. All she cares about is Luke, and she just wants to give him a great life and a great childhood. . . . She really cares about what's best for him."

I reveal to Piesse that I'm a little bit of an Aunt Beru fangirl and that I've joked many times about wanting to write an Aunt Beru origin-story movie. Would she be down for one? "Of course. Can you imagine me saying no?" she responds, although she suggests focusing on Beru and Owen rather than just Beru herself. I'll allow it.

Related:
"Obi-Wan Kenobi" Star Moses Ingram Is Ready to Be the Villain

"Obi-Wan Kenobi" has been light on Owen and Beru appearances so far, but Piesse hints that there will be some movement on their storyline before the six-episode series ends. She says of the couple, "They have a very solid relationship. They're very committed to each other and to Luke and to having a harmonious family. There are some dynamics that I think you'll see as the series goes along, which I don't want to give away."

For now, Piesse is focused on the future. Right after wrapping "Obi-Wan Kenobi," she shot a "really, really sweet love story" called "My Favorite Girlfriend," in which her character has dissociative identity disorder. She'll also be announcing another movie that should start filming early next year. "I got the acting bug back again for sure," Piesse says.

"Because of everything I've been through, I still need a little rest in between when I can get it. But yes, I'd love to do more and more," she says. "I find creativity, actually, is really healing."

I do have one more question for Piesse. The Lars-Skywalker family live on a moisture farm on Tatooine, but it's never quite clear in "A New Hope" if they're harvesting moisture from the air to have water, or if they're using that water to grow crops. Does she know? "No," she says. "I've never actually gone deeply into what a moisture farmer does." Alas, my quest for the truth continues.