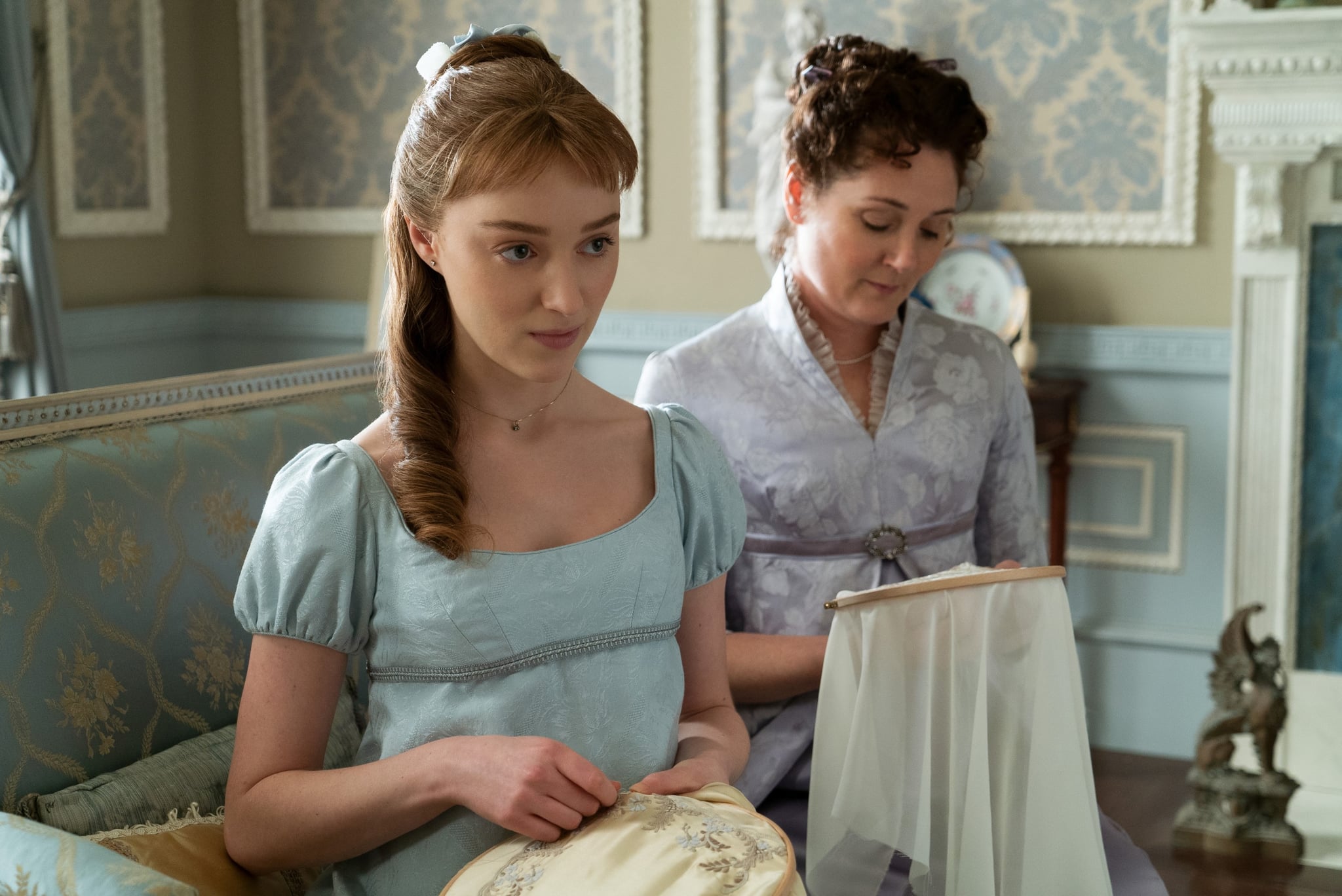 Those who pay close attention to Netflix's Bridgerton will be rewarded with its humor and wit. Here's a fun fact: the members of the title family in Bridgerton are named in alphabetical order. See for yourself — its bounty of eight perfectly handsome sons and beautiful daughters include Anthony, Benedict, Colin, Daphne, Eloise, Francesca, Gregory, and Hyacinth. So why did Viscountess Bridgerton and her husband start this playful tradition? Well, why do folks follow the teachings of Marie Kondo? To keep things neat and orderly!

The first couple minutes of episode one introduce us to the tight-knit Bridgerton family, and we learn that the Viscountess Bridgerton has an army of children to round up as they scramble to see Queen Charlotte. When the Bridgerton sisters look at Lady Whistledown's latest scandal sheet, they learn that the mysterious author has harsh thoughts about the Bridgertons: she loathes the fact that the Bridgerton siblings have been named in alphabetical order from oldest to youngest. Violet Bridgerton replies that she and her husband thought it was orderly, though Lady Whistledown finds it a "banality." OK, yeah, it's kind of cutesy, but it's honestly not a bad method for keeping track of eight kids, you know?

If you were wondering, yes, the Bridgerton alphabetical order situation is very much a thing in Julia Quinn's literary universe. In chronological order, the Bridgerton books officially start with The Duke and I, which brings us to Daphne's romance with the Duke of Hastings. Each of the other eight books follows the romances of a different Bridgerton child. The Duke and I addresses the naming order in its first chapter, which begins with the Lady Whistledown scandal sheet that kicks off episode one.

If you've made Bridgerton your latest lavish binge, you'll discover a sentimental throwback to the ABC order at the very end of the eighth episode!