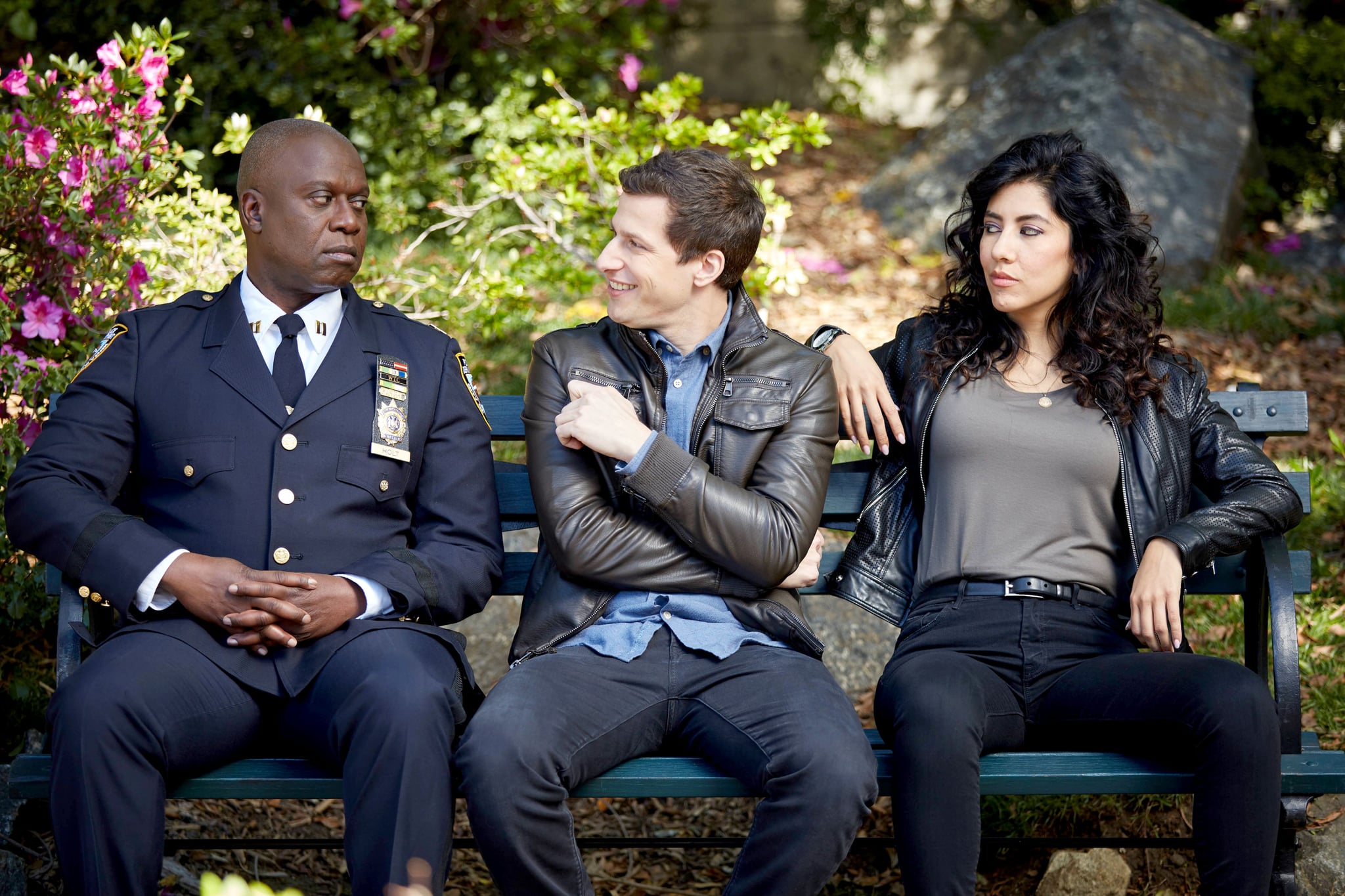 The stars of NBC's hit comedy series Brooklyn Nine-Nine are showing their solidarity with racial-injustice protesters. In a statement tweeted out on June 2 by cast members and showrunner Dan Goor, the team announced that they donated $100,000 to the National Bail Fund Network in solidarity with the protests that began in response to the police killing of George Floyd in Minneapolis, MN. The statement said they "condemn the murder of George Floyd and support the many people who are protesting police brutality nationally."

They also encouraged everyone to "look up your local bail fund: the National Bail Fund Network is an organization that can lead you to them."

The National Bail Fund Network is one of the many organizations that aims to bail people out of jail or immigration detention, a necessary aid for people participating in nationwide demonstrations. Stephanie Beatriz, who plays Detective Rosa Diaz on the show, announced her solo donation to the organization that same day, matching the donation of The Tick star Griffin Newman. On Monday, June 1, Newman kicked off an initiative that called for actors who have played police officers to donate money to organizations helping protestors. The initiative came after an article on Vulture inspired online conversation about TV's hyper focus on law enforcement and how that's shaped the public's opinion on police officers.

"I'm an actor who plays a detective on TV," Beatriz tweeted. "If you currently play a cop? If you make tens or hundreds of thousands of dollars a year in residuals from playing a cop? I'll let you do the math. (Thanks @GriffLightning for leading the way)."

I’m an actor who plays a detective on tv.

If you currently play a cop?

If you make tens or hundreds of thousands of dollars a year in residuals from playing a cop?

I’ll let you do the math. (Thanks @GriffLightning for leading the way). pic.twitter.com/Xxf3dU0urF