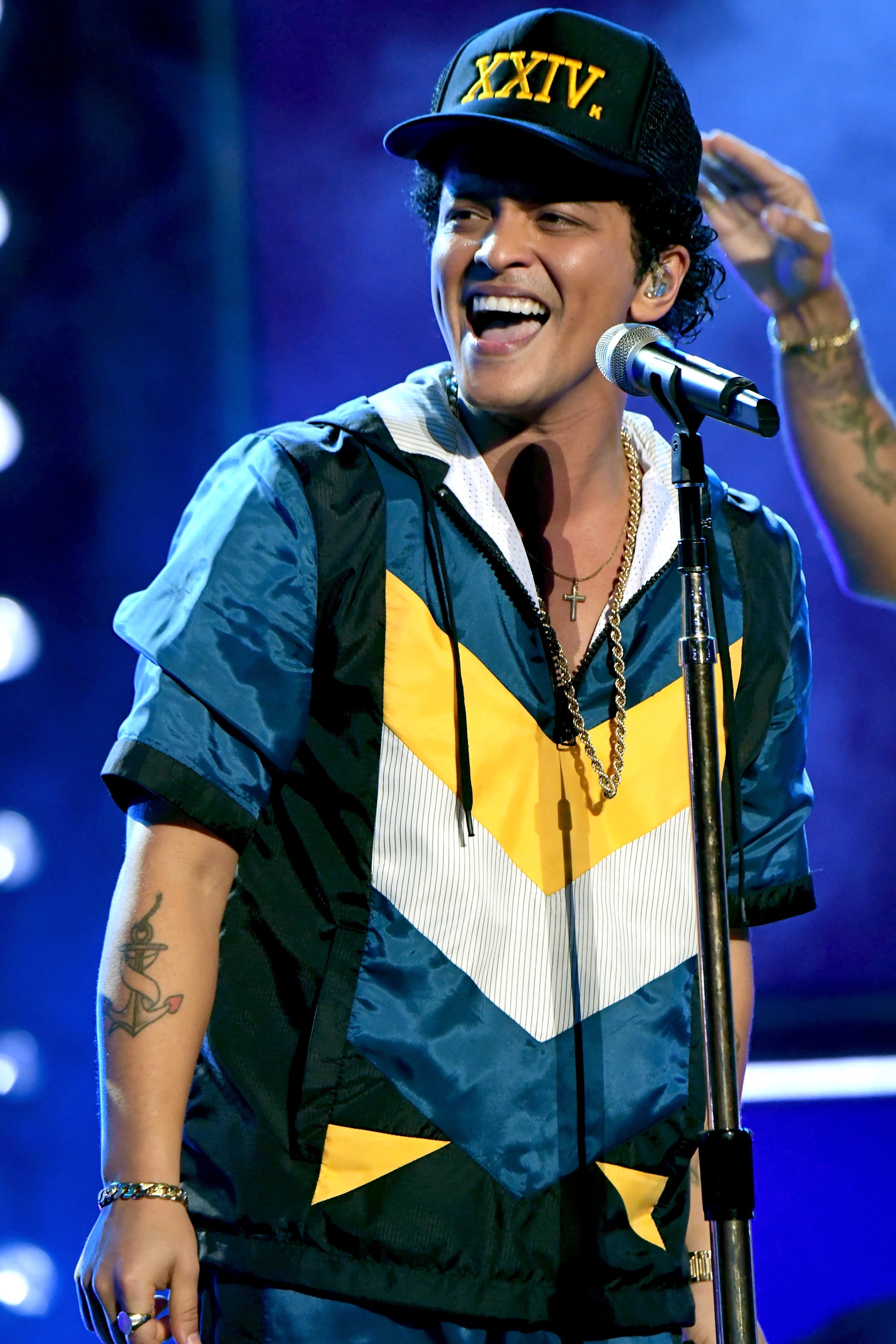 Get psyched because Bruno Mars is bringing a little bit of his 24K magic to the big screen with his own music-driven Disney movie. According to Deadline, Mars is set to produce and star in the unnamed theatrical narrative and will also create and perform original music for the film. While Disney has yet to announce the plot of the film or its release date, we have a feeling it's going to be full of great songs.

"If your heart is in your dream ‬/ No request is too extreme /‪ When you wish upon a star," Mars captioned an Instagram video on Thursday, in which he performs his own piano version of the classic Disney tune, "When You Wish Upon a Star."

Mars previously appeared as Little Elvis in the 1992 film Honeymoon in Vegas and voiced Roberto in the 2014 film Rio 2. Considering that Mars has 11 Grammys under his belt, we have high hopes for the soundtrack, too!