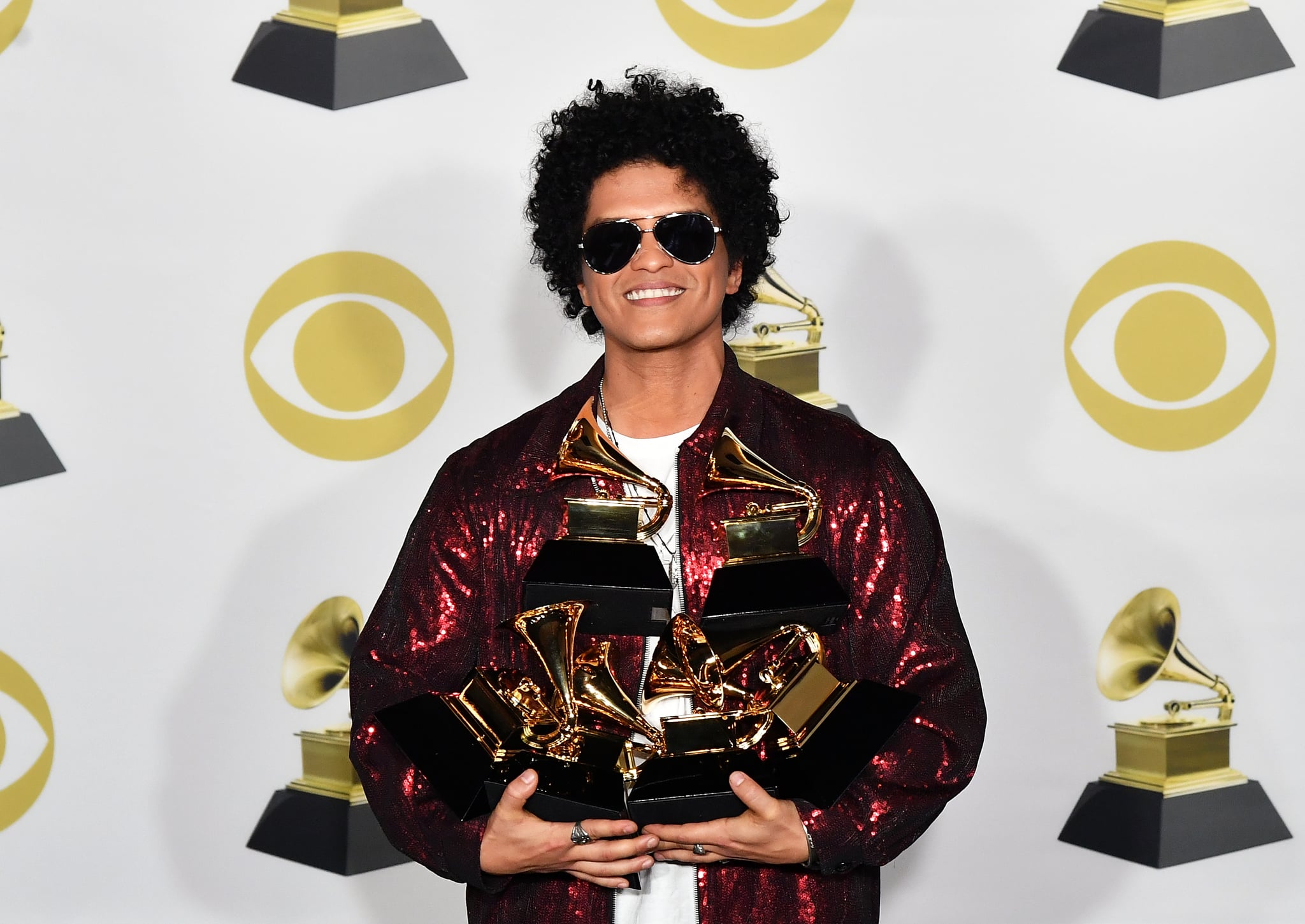 Bruno Mars may as well have attended this year's Grammys with a broom in hand, because he swept up all six of the awards that he was nominated for. His wins included album of the year and best R&B album of the year for 24K Magic, but this certainly wasn't Mars's first time taking home Grammys gold. His first-ever win was in 2011 for best male pop vocal performance for his hit "Just the Way You Are," but Mars has also won trophies for his work as a producer. All in all, Mars has won a total of 11 Grammys and received a whopping 27 nominations, and something tells us he's not done yet.

Related:
Here's How Bruno Mars Came Up With His Stage Name (Yes, It's a Stage Name)