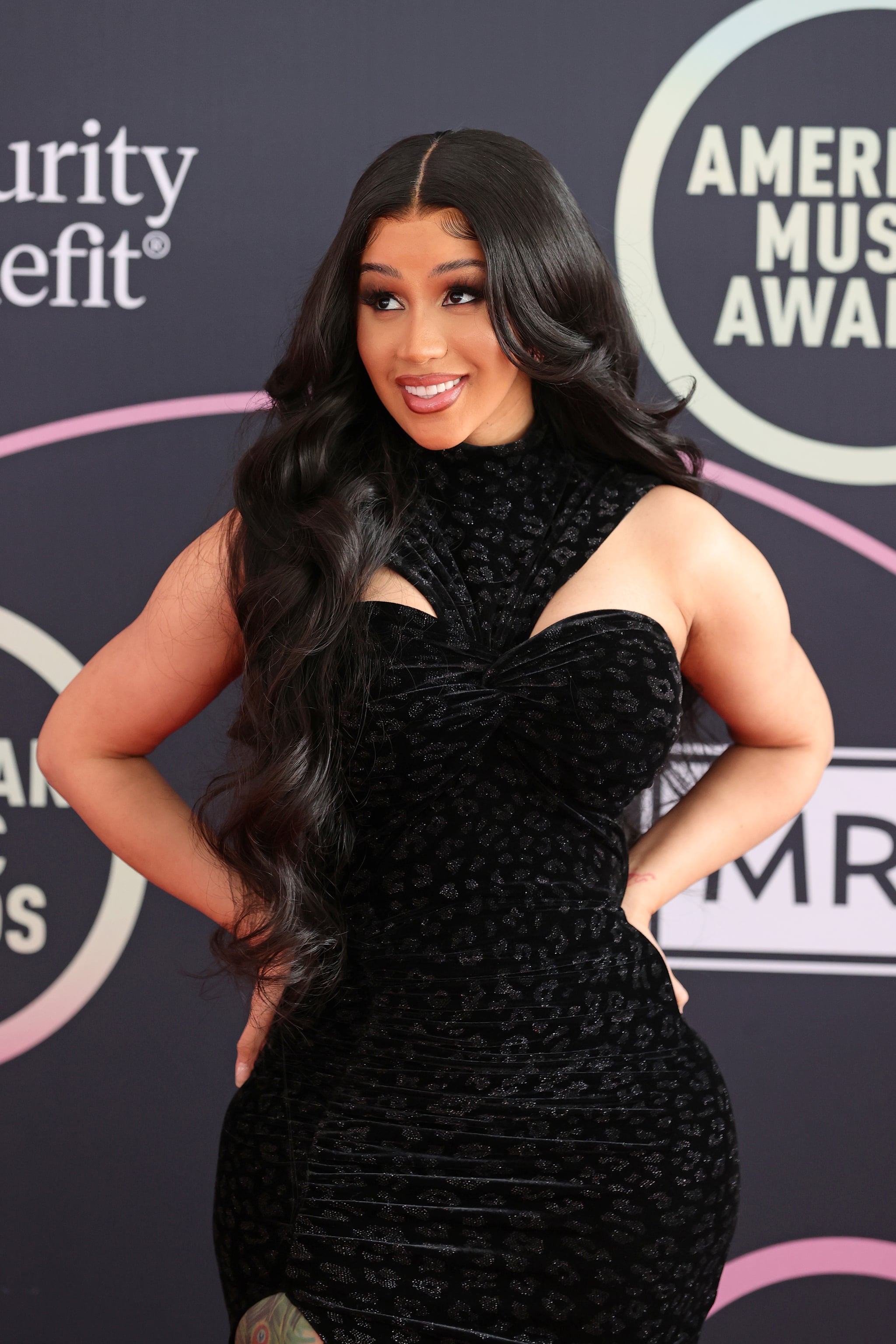 Cardi B continues to set the bar high for women in hip-hop! The Grammy-winning star just reached a new milestone in her career: becoming the first woman rapper with multiple diamond songs. On Nov. 29, it was announced that the Recording Industry Association of America declared that Cardi B's 2018 collaboration with Maroon 5, "Girls Like You," was certified diamond after it surpassed 10 million sales in the US market. She first reached diamond status for her breakout single, "Bodak Yellow," which helped launch her into superstardom.

To celebrate the news, Cardi B expressed her gratitude on Twitter, writing, "Wow I got two Diamond records. Thank you sooo much @maroon5 for including me on this song and this is the song I cater to my daughter every time I perform it. I'm forever grateful." She also quoted user chart data on Twitter following the announcement, saying, "Diamonds are a girl's best friend." She then joined her fans' celebration of the news, responding to a few of their tweets congratulating her.

Not even a month after "Girls Like You" went diamond, Cardi B snagged yet another diamond single, this time for her 2018 single "I Like It." "OMMMMMMGGGGGGG @sanbenito @JBALVIN !!!!!!!!!" she tweeted on Dec. 13 following the announcement. J Balvin quoted her tweet saying "Love queen," to which the rap star quickly responded with, "Love you soo much ….Let's do it again !!!" Cardi B now has three diamond-certified singles, making her the first female rapper to accomplish such a feat and tying her with Katy Perry for the most diamond-certified songs from a female artist ever.

Cardi B's latest accomplishments come just after she snagged another Grammy nomination for best rap performance with her single "Up." She also made her hosting debut at the 2021 American Music Awards, and of course she made every single moment count. To top it off, she helped Halle Berry executive produce the soundtrack for her directorial debut in Netflix's Bruised — making it the first all-women hip-hop soundtrack in history. Cardi B is certainly on a roll this year, and we're happy to see her continue to shine among her peers!

Wow I got two Diamond records! Thank you sooo much @maroon5 for including me on this song and this is the song I cater to my daughter every time I perform it.I'm forever grateful 🥲