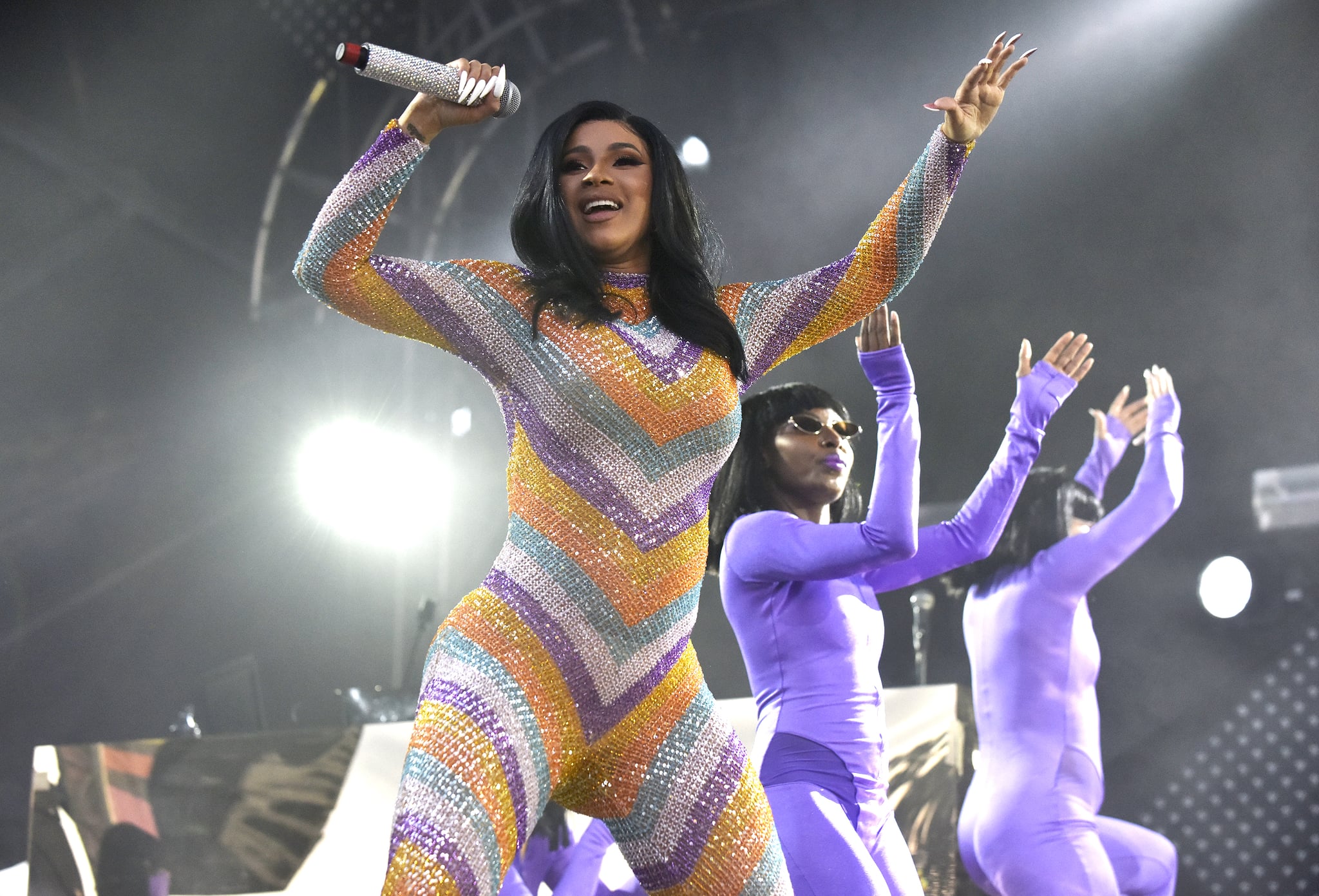 Cardi B made history at the American Music Awards on Sunday. During the show, the rapper took home the award for favorite song in the rap/hip-hop category for "WAP" with Megan Thee Stallion, making her the first artist to win in the category twice. She previously took home the award in 2018 with her hit track "Bodak Yellow."

Though Cardi wasn't able to attend the show, she made sure to thank her fans on Twitter. "Thank you guys soooo much," she tweeted alongside an audio message. "Me and Meg really appreciate all the love from fans, celebs everybody that supported the song. Also thanks for voting. Ugh if I would have known all this was going down today I would of rescheduled my dentist appointment."

In Cardi's absence, Megan Thee Stallion — who gave the debut performance of her song "Body" during the show — accepted the award on her behalf. "Thank you everybody, from me and Cardi," she said on stage. "We super appreciate this. Thank you to all the people that supported."