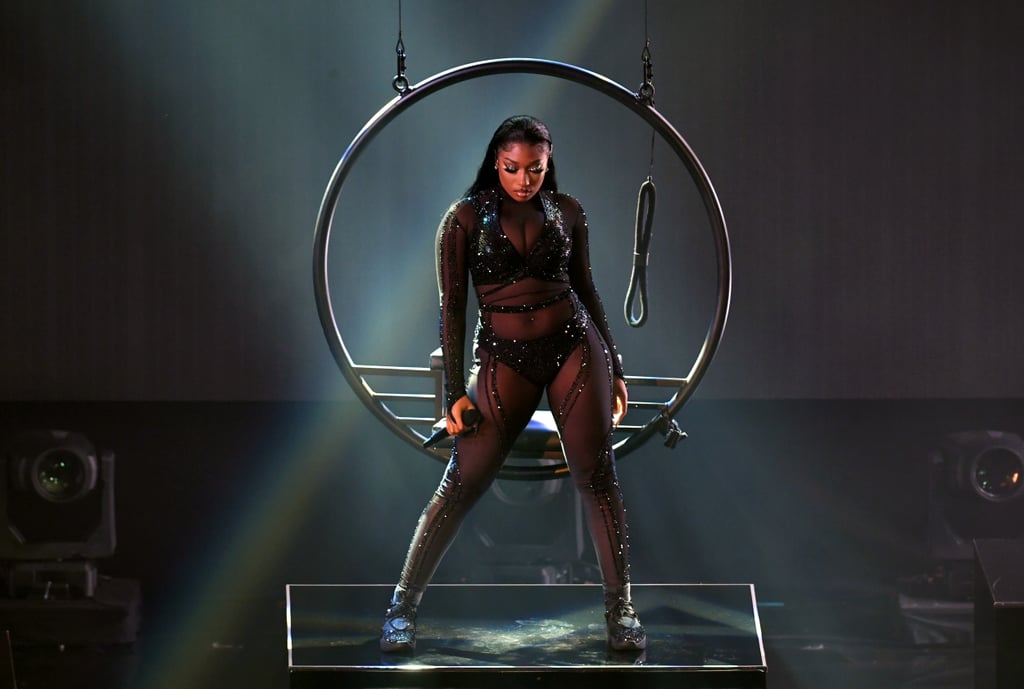 If you've been listening to Megan Thee Stallion's debut album, Good News, since she dropped it on Nov. 20, you were more than ready for her performance at Sunday's American Music Awards. The "Body" rapper made her debut on the AMAs stage to perform her new single, and damn, did she raise the heart rates in the room! A short video played before the performance where Megan, sporting a sheer, bedazzled bodysuit, let viewers know that she loves her body, every inch, curve, and dimple. "You may not think my body is perfect, and it probably never will be," the rapper narrated. "But when I look in the mirror, I love what I see." And THAT is what we love to hear!

Of course, the sexiness didn't stop with the video. Clad in a shimmery black number, Megan reminded everyone that no one puts on a show like a Houston woman, and we're damn lucky for it. Several dancers and Megan put their large stage space to use, twerking, stepping, shaking, and doing all the other moves that none of our plebeian knees could attempt on a good day. In addition to her performance, Megan snagged five nominations, including best new artist and two nods for best collaboration for her songs with Cardi B and Beyoncé. I think it's fair to say this performance helped us all remember that, regardless of what she wins, this is Megan's world, and we're just living in it. Watch her performance ahead!