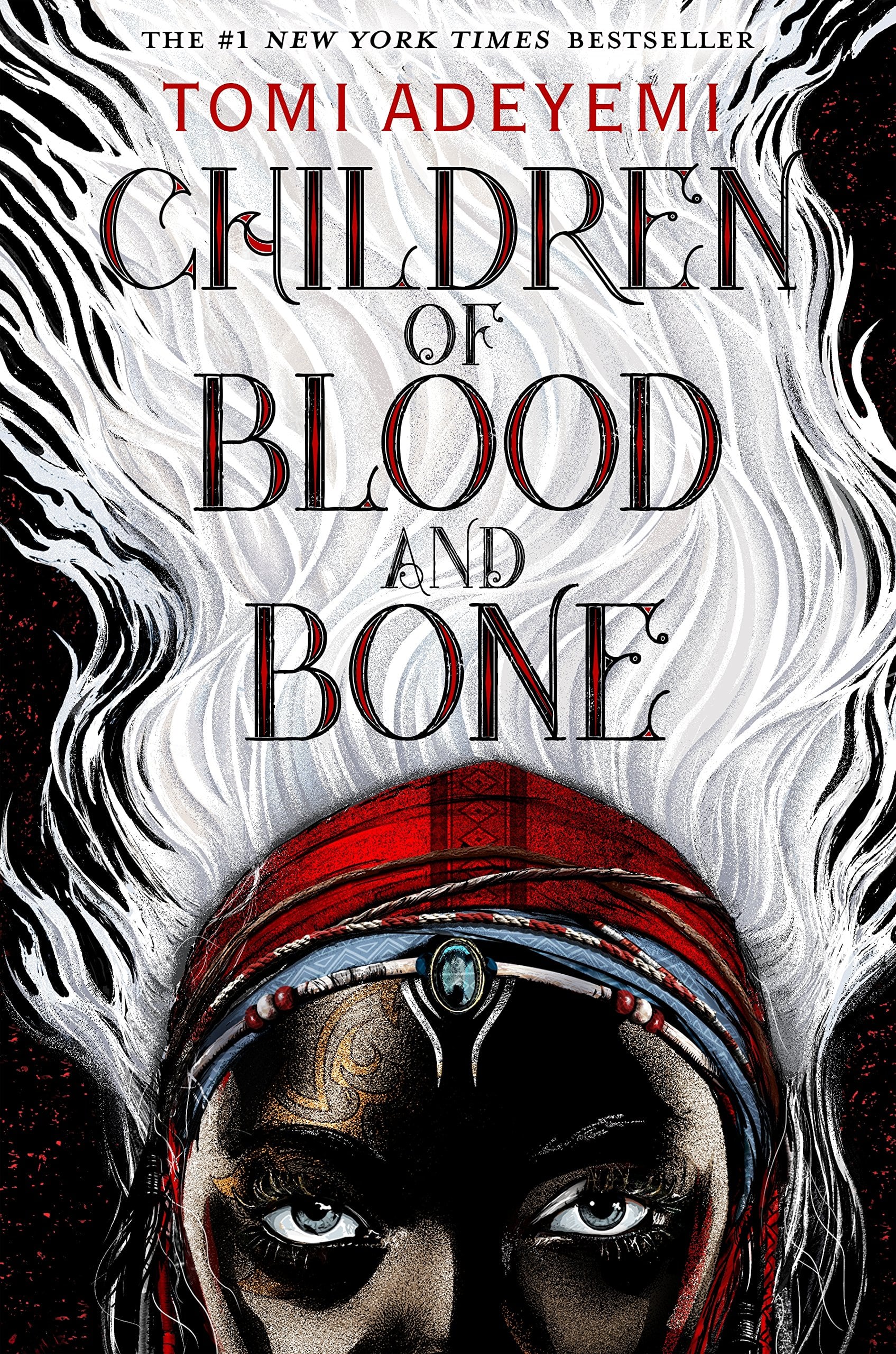 The much-anticipated movie adaptation of Tomi Adeyemi's Children of Blood and Bone is finally on its way! Lucasfilm announced that the project will be its first original live-action project since coming under the Disney umbrella. The movie won't be here until 2022, but in the meantime, you can get familiar with what to expect from the magical tale. Fair warning: spoilers abound ahead!

The novel takes place in a fictional land called Orïsha, where people are divided into two classes: divîners, magically sensitive, white-haired people who can hone their skills to become maji, and kosidán, the nonmagical citizens. Eleven years before the book begins, the king, a kosidán named Saran, discovered a way to turn off magic in the land, then ordered the massacre of the divîners. The mother of Zélie Adebola was among those killed, and, in the present day, Zélie lives, as the other divîners do, in an incredibly oppressive society.

One day, Zélie and her brother Tzain help a noble girl escape from guards who are pursuing her, only to discover that the girl isn't just nobility, she's royalty: she's Princess Amari, King Saran's daughter, and she has come into possession of a magical scroll that can reactivate the powers of divîners who touch it. Amari's best friend had her powers activated in that way, only to have Saran kill her. When Zélie touches the scroll, her powers are activated, and she becomes a Reaper, someone who can command the spirits of the undead. The trio make it to a temple, where the last priest sees they have the scroll, gives them a bone dagger, and sends them on a mission to get a sunstone; the three artifacts together are key to a ritual that can restore magic. As they flee, they're pursued by Amari's brother, Prince Inan, who, unbeknown to anyone, has developed magical tracking powers as a result of touching the scroll.

After winning the sunstone, the trio are nearly caught by a third-party group in the forest, and Amari and Tzain are taken prisoner. Inan agrees to team up with Zélie to rescue their siblings, and they learn that the group of kidnappers is actually a secret encampment of divîners. Inan and Zélie begin to develop feelings for each other, but when King Saran arrives to destroy the camp, Inan is scared by the display of power from one of the divîners and switches allegiance back to his father, who captures Zélie and tortures her until her magic is lost.

Tzain and Amari break Zélie out of prison, and they set off on the epic, shocking last leg of their journey. They team up with some mercenaries to get her to the island where the ritual to restore magic can be performed, but they're ambushed by Saran and Inan, who force Zélie to give up the artifacts to save her life and the life of her father, who is their prisoner. She agrees, but Saran kills her father anyway. At that moment, Zélie is imbued with the spirit and magic of her father, reawakening her powers. Inan manages to provoke her into a battle that destroys the scroll, but he makes a fatal mistake: he uses his magic to defend his father, who apparently kills him in rage. Amari, in turn, kills Saran.

Although the scroll can't be repaired, Zélie creates a spell of her own to complete the ritual to restore magic, which kills her. But don't worry — this isn't one of those "the hero dies at the end" books! In the afterlife, Zélie talks with her mother, who reveals that the gods of the afterlife are proud of her and sends her back to the land of the living — where she learns that Amari now has magic, too. It's very much a "the adventure continues" kind of ending, and with good reason: the book is the first in a planned trilogy. Its sequel, Children of Virtue and Vengeance, arrived in bookstores in December 2019, with a third book on its way in the near future; all three books will, presumably, become movies in the future.

Movies
KiKi Layne Is Everywhere
by Monica Sisavat 14 hours ago

Austin Butler
Austin Butler Was Hospitalized After "Elvis" Filming: "My Body Just Started Shutting Down"
by Njera Perkins 16 hours ago