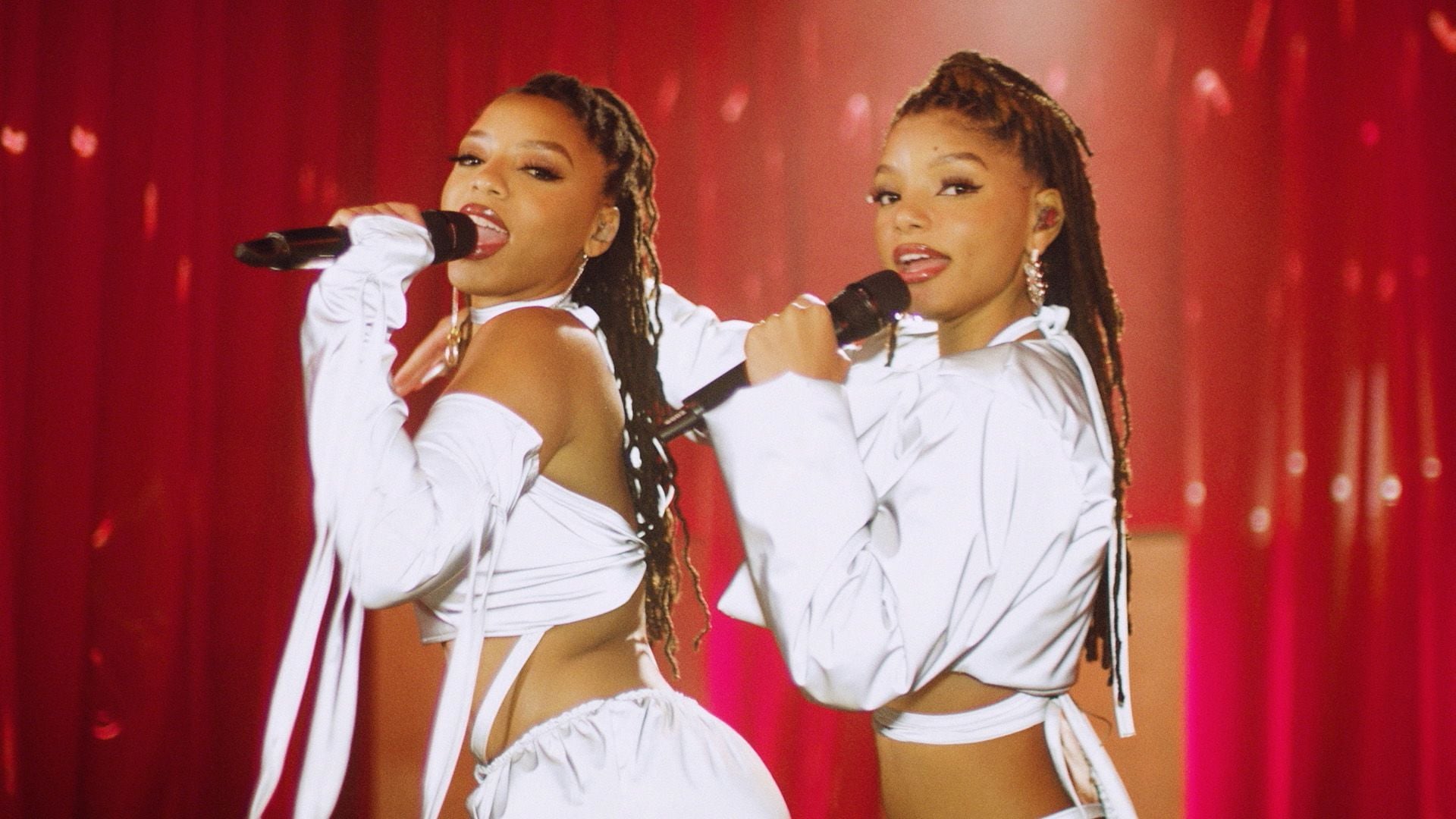 As if we weren't already obsessed with Chloe x Halle, the sister duo had the cutest reaction to their recent Grammy nominations. On Nov. 24, the Recording Academy unveiled this year's nominees, revealing the two were up for three categories: best R&B song for "Do It," best progressive R&B album for Ungodly Hour, and best traditional R&B performance for "Wonder What She Thinks of Me." Shortly after, the Bailey sisters shared an Instagram clip from a FaceTime call reacting to the exciting announcement.

While the clip may be muted, it's clear the duo, who were previously nominated for two Grammys in 2019, were more than thrilled to hear the news. "Real life footage of us finding out the news about our three grammy nominations for #ungodlyhour 😭💘🤯 we cannot thank y'all enough for listening," they captioned their video. While Chloe x Halle might have been snubbed for the best R&B album category — as were many other worthy female artists — their three nominations are certainly well-deserved. Check out their adorable reaction to the 2021 Grammy recognition ahead.

Michelle Obama
Michelle Obama Responds to "Horrifying" SCOTUS Decision: "It Must Be a Wake-Up Call"
by Yerin Kim 5 hours ago