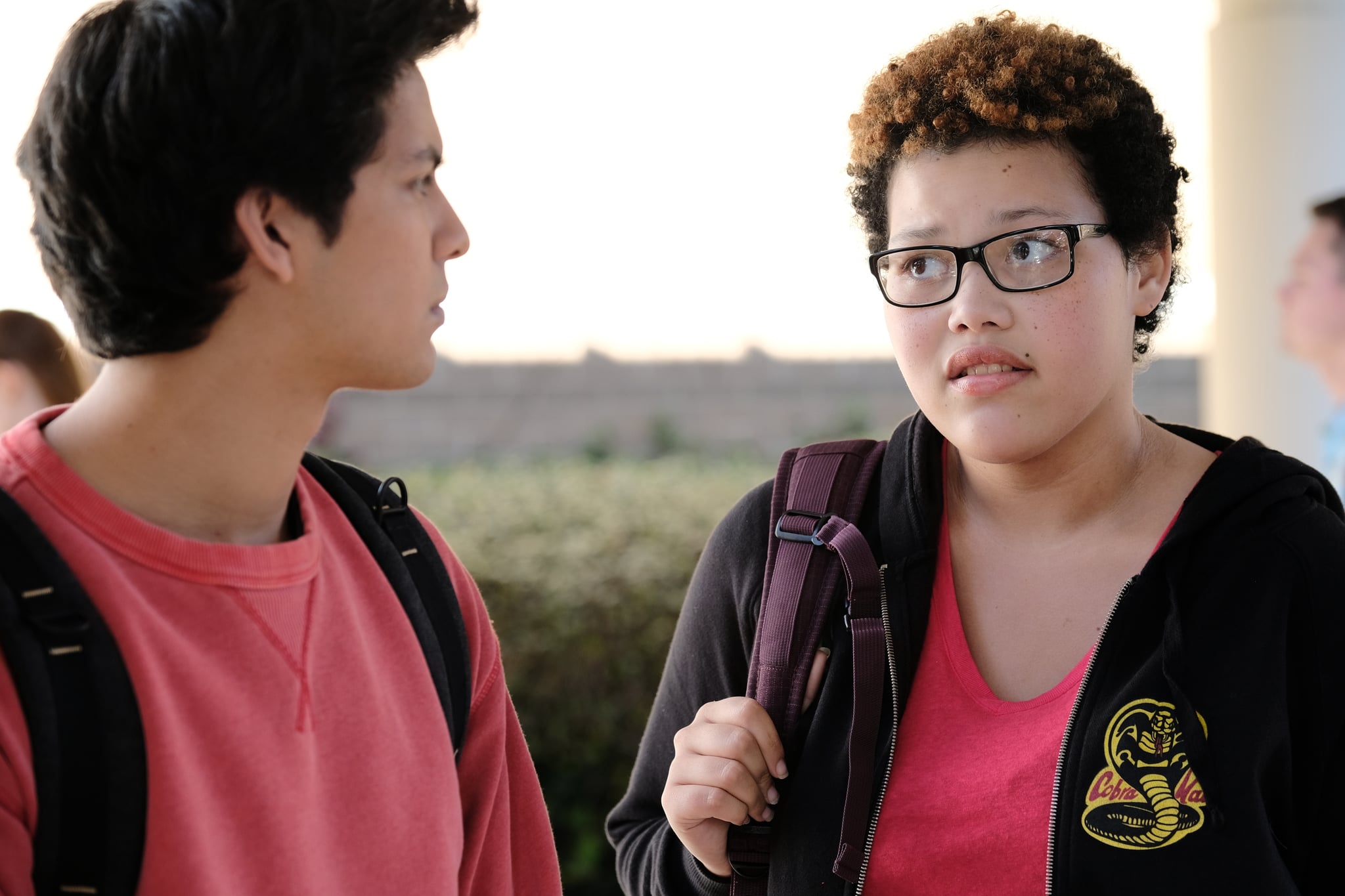 Netflix's Cobra Kai returned for season three on Jan. 1, but there is one familiar face missing. During the season three premiere, it's revealed that Aisha's parents moved her to a private school after the big fight between Cobra Kai and Miyagi-Do and put their home up for sale. Seeing how big of a role her character played in the previous two seasons, her absence is definitely felt. So, why did actress Nichole Brown leave the show? Well, it sounds like it wasn't entirely her choice.

In September 2019, Brown broke the news that she would not be reprising her role as Aisha in an Instagram Story, writing, "Officially NOT in Season 3 of #CobraKai. Unfortunate, but thank you for the opportunity and time I had on the show." She added that she was let go because the writers couldn't find a place for her character in the scripts.

In season two, we see Aisha act as a peacemaker of sorts as she navigates the ongoing rivalry between Cobra Kai and Miyagi-Do and her personal friendships. Though she is a member of Cobra Kai, she is still a loyal friend to Sam. Needless to say, in her absence, the tensions between the dojos only escalate in season three.

Related:
Fists Are Flying! Cobra Kai Season 4 Is Coming, and We Officially Have a 2021 Release Date

While Brown will not be in season three, executive producer and co-showrunner Jon Hurwitz did confirm that the door is open for her character to return in future seasons. "We love Aisha and we love Nichole Brown," he said. "Certain characters we loved in Season 1 didn't appear at all in Season 2, like Kyler, Yasmine and Louie. Before the season, we told Nichole the same thing we told those actors: That just because a character doesn't appear for a period of time doesn't mean they've left the universe, that they can't return again. We love that character, and perhaps we'll see her again one day."

Executive producer and co-showrunner Josh Heald added that there are still plenty more stories to tell since the show has already been renewed for season four. "We have a long story left to tell," he said. "We tend to look at the show in a very long view, where entrances and exits are impactful and important. Sometimes people need to exit to make their [re-entry] a little bit different and bigger."

Ricky Gervais
Ricky Gervais Wants to Offend People — As a Trans Man, I Won't Take the Bait
by Beau Brink 15 hours ago