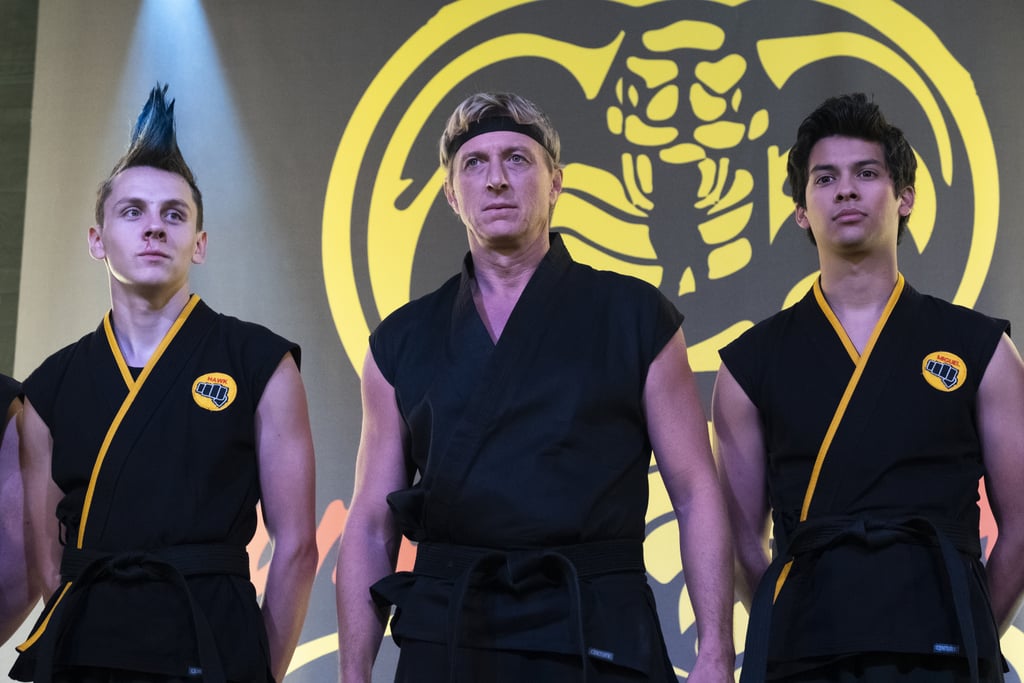 Netflix's Cobra Kai Has Been Renewed For a Fourth Season, So Queue Up Your Watch List

Ahead of the release of season three of Netflix's Cobra Kai, the streaming platform announced the show has been renewed for a fourth season. The first two seasons of the series, which takes place 30 years after Daniel's 1984 All Valley Karate Tournament from the original Karate Kid film, are currently streaming on Netflix, and we can expect to see season three premiere on Jan. 8, 2021. During the third season of the show, Daniel (Ralph Macchio) contemplates how to move forward after Miguel (Xolo Maridueña) is severely injured during a fight with Robby (Tanner Buchanan) at the end of season two.

"THEY CANT KILL A SAVAGE. Season 3 premieres January 8, 2021 only on Netflix," Maridueña captioned a post on Instagram sharing the news. "And gear up because Season 4 is officially training to join the fight. COBRA KAI NEVER DIES. WERE JUST GETTIN STARTED." In his own Instagram post, Macchio wrote, "HERE-WE-GO!" While we patiently await the release of season three and season four, check out this list of all the Karate Kid Easter eggs in Cobra Kai, and check out the cast's announcements here.