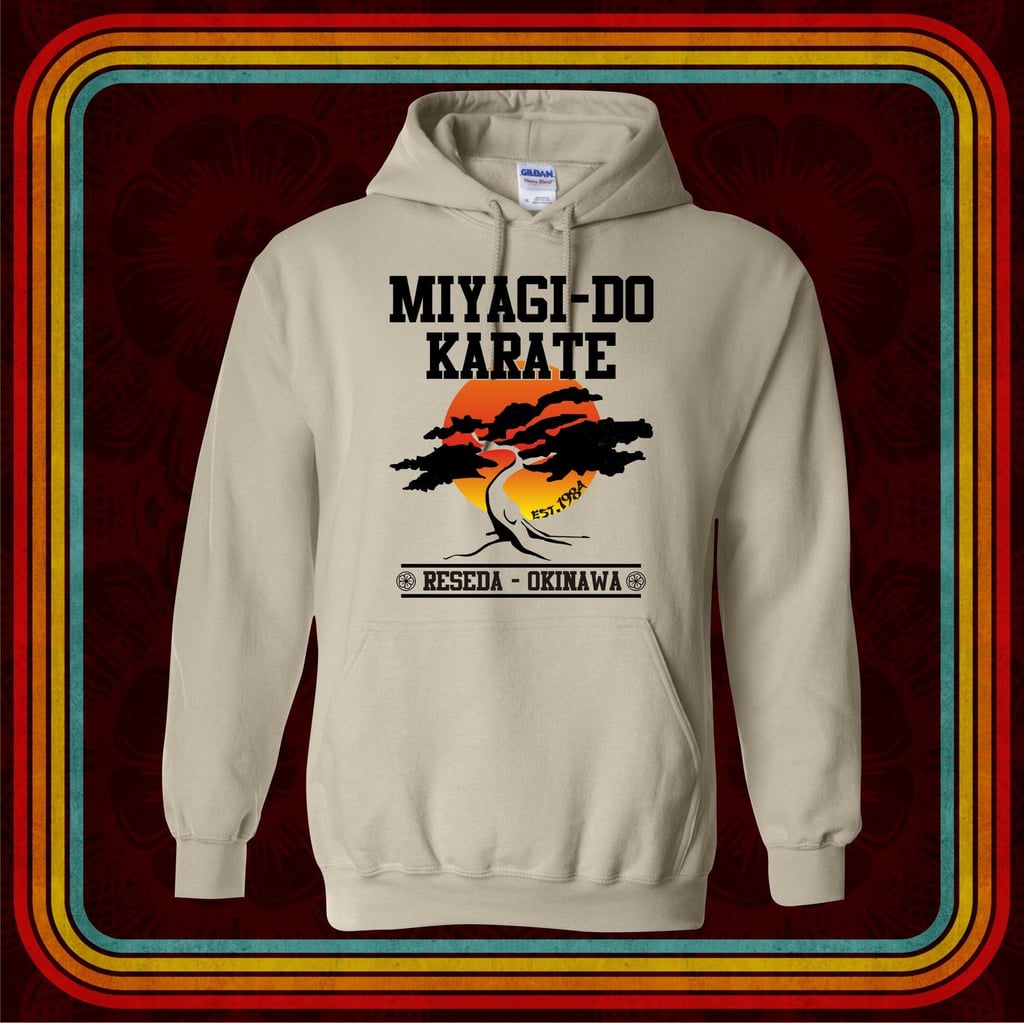 Netflix's Cobra Kai has introduced a whole new generation to the beloved characters of 1984's The Karate Kid. Picking up decades after the original film's events, the series tackles the reignited rivalry between Daniel LaRusso and Johnny Lawrence and its inevitable effects on their children's relationships. Miyagi fans will be more than pleased to hear that Netflix has renewed the series for a fourth season, and season three will premiere next January. But some followers just can't wait for more Miyagi teachings and dojo-fueled angst! So until then, capture the spirit and aesthetics of Miyagi-do (or "Cobra Kai way," if you're more of a rebel) with these must-have products.