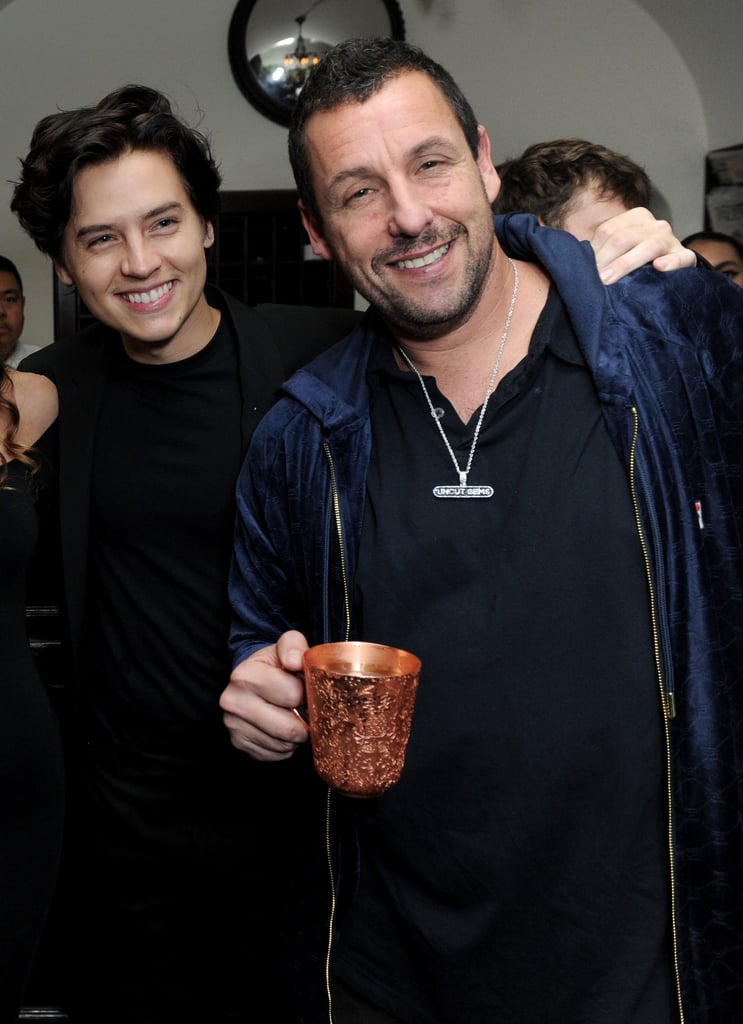 Adam Sandler Was Psyched to See Cole Sprouse at the Uncut Gems Premiere: "Is He Here?!"

Yep, it's been 21 years since Adam Sandler and Cole Sprouse warmed our hearts and made us crave a lot of ketchup in Big Daddy, but the former costars finally had a reunion, and Sprouse has really come a long way since his "Frankenstein" days. Sprouse and Sandler — who played a father-son duo in the film — met up at the premiere of Sandler's latest film, Uncut Gems, and they were definitely psyched to see each other. "Cole, is he here?! I can't wait to see him," Sandler told Entertainment Tonight when he realized Sprouse was at the premiere.

While Sandler pointed out that he doesn't think there's any need for a Big Daddy sequel, he does look back fondly on filming with the then 6-year-old Sprouse twins, who shared the role of Julian in the 1999 film. "I remember the boys," Sandler said. "I remember Cole and Dylan being great little boys. When I see them now, I'm baffled at how they grew into handsome bastards." Inside the event, the now 27-year-old Riverdale star posed for a long-overdue photo alongside Sandler, David Spade, King Princess, and Sandler's wife Jackie.

Keep reading to reminisce on some of Sprouse and Sandler's sweetest moments together from Big Daddy, and prepare to experience a major wave of nostalgia.