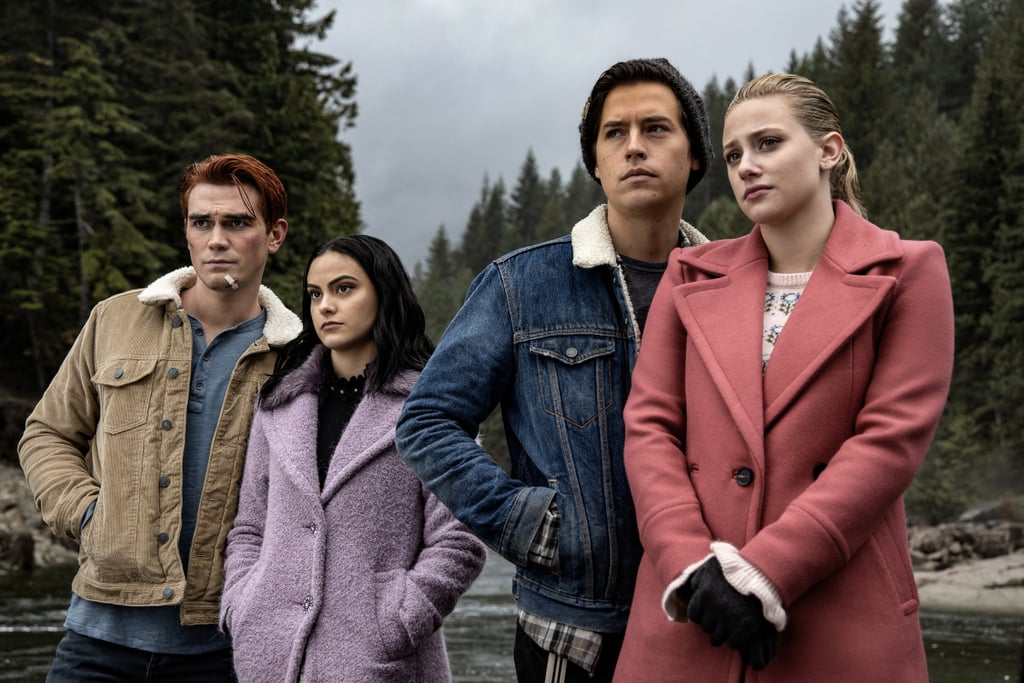 Holy Tangerine! People Are Freaking Out Over Riverdale's Midseason Finale and Jughead's Fate

Your jaw might still be on the floor after watching Riverdale's midseason finale, but I need you to pick it up because we have to talk about what the heck happened. In true Riverdale fashion, there are multiple storylines that we're following along with. The Dec. 11 episode seemingly tied some loose ends and teased what to expect when the series returns, presumably in mid-January. Veronica and Hiram are still having a daddy-daughter showdown, Cheryl discovers her mother is gaslighting her and finally decides to dispose of Jason's corpse, Archie is battling his inner demons, and Jughead finds his grandfather, Forsythe, and uncovers the truth about his connection to the Baxter Brothers' first story.

Sounds like a lot, right? That's because it is. But, believe it or not, those weren't even the wildest revelations — which brings me to Betty. We've always known that Betty has a dark side, but we're now getting to see just how dark she can get. Here's what went down: Betty and Alice get a phone call saying Polly attacked a nurse named Betty at the mental institution she's staying in. Polly denies having any recollection of the occurrence when Betty visits, and Betty believes her. Later, Alice receives a phone call before entering a stupor and tries to kill Betty with a kitchen knife. Thankfully, her daughter is able to snap her out of it.

Related:
13 Riverdale Scenes That Will Forever Give Us the Heebie-Jeebies

Of course, Betty wants to know why she's on her family's hit list, so she and half-brother Charles do some investigating and find out that Evelyn freaking Evernever is the person who made those mysterious calls to Polly and Alice. Betty then visits Evelyn in Shankshaw prison where the inmate reveals that the word "tangerine," spoken three times, triggers a hypnosis in former Farmies that makes them believe they are Betty, and that they have to kill "Dark Betty." (Trippy.) Curious about whether she'd be affected by "tangerine," Betty has Charles say the word thrice, which sends her back to her childhood where she stops herself from killing her cat, Caramel. When Betty is back home, she says the magic word to herself, prompting her to smash her vanity mirror.

Now, here's where things get weird. In a flash-forward, we see Betty in the woods, rock in hand, standing over a bloody Jughead. Archie checks his pulse and declares that he's dead before shouting, "What did you do, Betty?" And that is the million-dollar question. What did Betty do? Is this real? Is it all a dream? What. Is. Happening?! We certainly aren't the only ones freaking out. Riverdale fans took to Twitter to express their fears, theories, and overall anxiety about where things are headed. Look ahead to read some of the best reactions to the episode!

Related:
28 Times Riverdale Got So Weird and Wild, It Felt Like You Were on Jingle Jangle
Previous Next Start Slideshow
RiverdaleThe CWTVTwitter Reactions