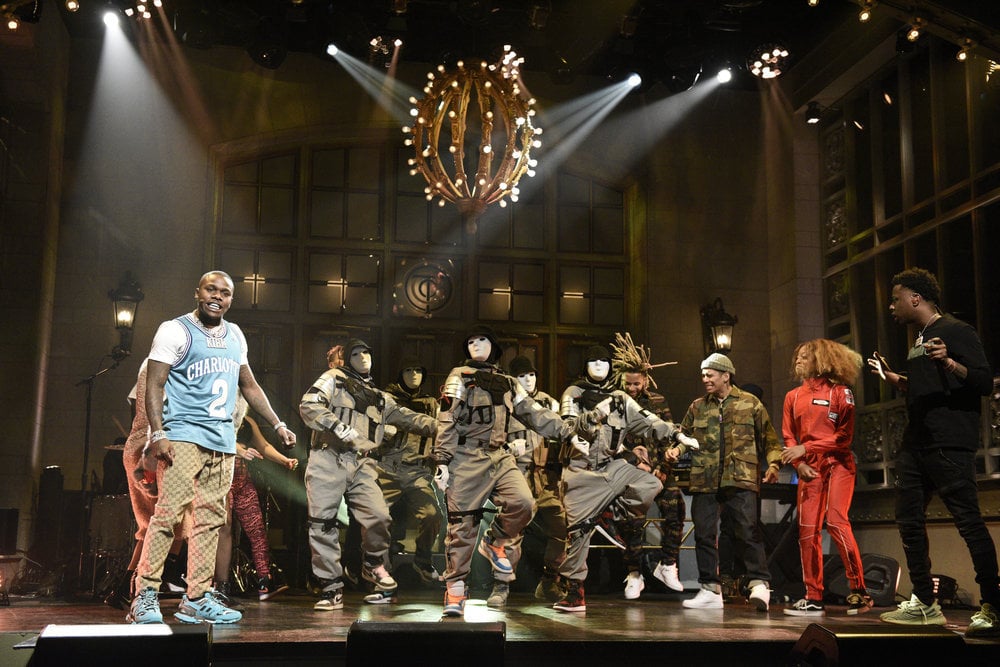 Rapper Jonathan Lyndale Kirk, better known as DaBaby, made a splash during his debut appearance on Saturday Night Live. On Dec. 7, the 27-year-old North Carolina native took the stage to perform hits "Bop" and "Suge," and it was quite the production. In both sets, DaBaby playfully grooved alongside breakdancers, a woman who literally twerked while doing a handstand (because that is possible, apparently), and the Jabbawockeez, the legendary dance group who appear in the rapper's official music video for "Bop." A lot was going on, to say the least, but wow was it fun to watch. Look ahead to see DaBaby bring his Charlotte swag to Studio 8H!